‘It’s great here,’ says the mother of eight living in a $3.8 million townhouse paid for by British taxpayers.

A mother of eight has told of her ‘great’ life in a $3.8 million home funded by taxpayers. Francesca Walker receives more than $131,800 a year in benefits to pay the rent on the five-bed villa, plus other payouts. She insisted she would rather live in a normal council house, but added: ‘I’m not going to pretend this isn’t great.’ 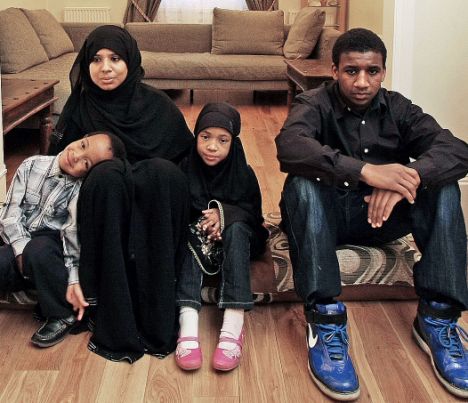 Her four-storey home boasts five bedrooms, three bathrooms, a double living room, study and roof terrace. Miss Walker said: ‘All my life I’ve lived in overcrowded flats on estates with gangs that kicked our door in and harassed my children. Miss Walker, whose children range from five to 16, was given the house because a new rule introduced by the Government in April forces Kensington and Chelsea council to fund suitable homes for large families. None of the available council houses was big enough, so the local authority pays for her to rent from a private landlord. (Ah yes, the glories of socialism) 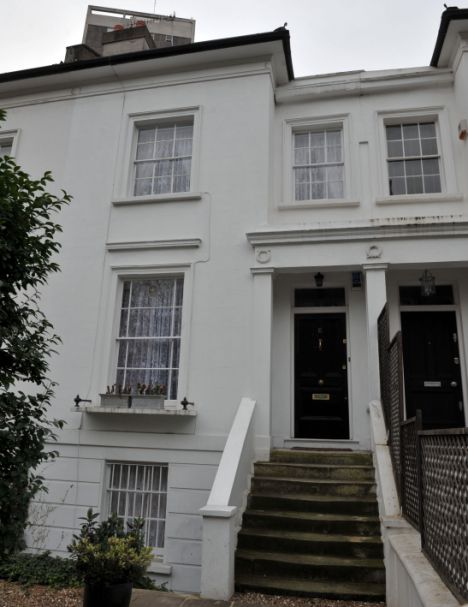 Miss Walker is not the only one benefitting from the new rule. In October, it emerged that an Afghan family of eight were being housed in a $1.7 million private home in Ealing, West London, at a cost of $220,000.

Miss Walker, a Muslim convert, married a fellow convert. They had five children before divorcing five years later and she had three children from a second marriage, which also lasted five years. (Don’t tell me, she’s never had a job either)

Miss Walker insisted: ‘I’m the product of a failed society. My family failed me, the council failed me and I failed myself. I should not have married and got pregnant at 17. (Well, BOO FRICKEN HOO, that excuse might work the first time, but what about the other 7 kids you had? Ever think of keeping your legs closed, bitch?)

The council said: ‘We could not give Miss Walker a property outside the borough because her children go to local schools.’

Miss Walker gets $22,000 a year in benefits in addition to the $133,000 rent paid by the Government via the council to the landlord’s agency, Foxtons.

Indeed, guests can’t fail to notice she has furnished the villa in style. She has two 42in flat-screen TVs, a computer and a clutch of expensive-looking sofas and Ottoman beds. The house does not feel sparsely appointed, as some might expect, given that she’s meant to be living on the poverty line and it was rented ‘unfurnished’.

So how does she manage to afford all this on benefits?  As a single mother with no family to support me, I’ve learned to be resourceful.’

Resourceful? No, you’ve learned how to work the system. But I blame the Brits for this, the socialist system the government has imposed takes from the working class and gives to the entitlement whores. I expect Obama to be no better. And of course, all the Muslims insist on overbreeding so the government will keep paying and paying, until the Muslims overpopulate to the extent that Shari’a Law will reign.