The OBAMA administration is going to court to try to block payments from Iranian assets that lawyers for the dead Marines’ families want seized as restitution for the terrorist attack on the Marine barracks in Beirut in 1983. Obama is contending that ‘it would jeopardize sensitive negotiations with Iran over its nuclear program and establish a potentially damaging precedent.’ (Whose side is this guy on anyway?)

Adding insult to infamy, 26 years after attack on Marine barracks in Beirut, families stymied again in bid for restitution, this time by Barack HUSSEIN Obama. 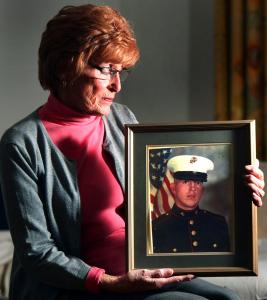 On Veterans Day, Christine Devlin stood in the cold in Westwood for the unveiling of a new memorial to local soldiers lost overseas, including her son Michael, one of the 241 servicemen killed in the bombing of the US Marine barracks in Lebanon in 1983.

Devlin is among 30 Massachusetts relatives of victims of the Beirut attack who have been fighting for more than a decade to get compensation for what many consider the first major terrorist attack against the United States. After a federal judge ruled in 2007 that Iran was liable for $2.65 billion in damages to be shared by 150 families seeking restitution, they believed they were on the cusp of victory. 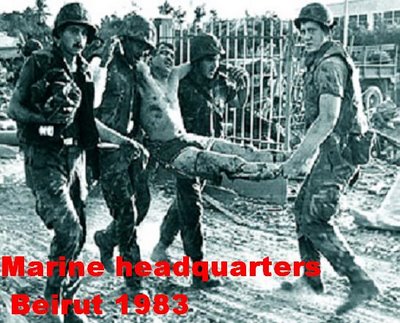 In a little-noticed filing in federal court, the Justice Department is arguing that giving the money to the victims “can have significant, detrimental impact on our foreign relations, as well as the reciprocal treatment of the United States and its extensive overseas property holdings.’’

The Obama administration’s position is a blow to those like Devlin, who is still waiting for some measure of justice for her son, who was 21 when Hezbollah terrorists rammed a suicide truck bomb into the peacekeepers’ headquarters.

“It is offensive that our government – the government that [the Marines] were fighting for, who sent them there – are against us collecting from Iran,’’ Devlin said in an interview this week. “I felt justice was going to be served, but so far it hasn’t.’’

“We can’t go on with our lives,’’ said Marlys Lemnah, 62, of St. Albans, Vt., whose husband, Richard, a Marine sergeant nearing his 20-year retirement, was killed in Beirut. “It’s not about the money. We need something tangible: responsibility and accountability. We will fight until we have no more fight left.’ The lawsuit, specialists say, also demonstrates the enormous difficulty for terrorism victims in general to collect damages. Despite a host of court rulings in its favor and legislation passed by Congress to make it possible to sue foreign governments that sponsor terrorism, the executive branch has long resisted such payments, arguing that seizing the assets of another country could restrict the president’s ability to conduct diplomacy. There are also significant legal disagreements over what kind of assets can be seized. Two branches are supporting [the families’] position and the executive branch is directly trying to undermine them. Even the courts have grown frustrated. Royce C. Lamberth, chief judge of the US District Court in Washington who ruled in favor of the Beirut families, wrote in a Sept. 30 opinion that “these case have consumed substantial judicial resources while achieving few tangible results for the victims.’’  READ MORE: BOSTON GLOBE