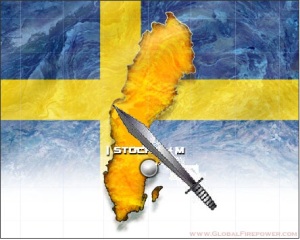 Tightening security? Ratcheting up surveillance of mosques? Enhanced profiling of Muslims? Nope. Sweden’s biggest worry is over a potential rise in “Islamophobia.”

The Local–Sweden’s integration minister Erik Ullenhag is meeting on Thursday with representatives from the Swedish Muslim community to develop a strategy for combating Islamophobia in the wake of the Stockholm suicide bombing. 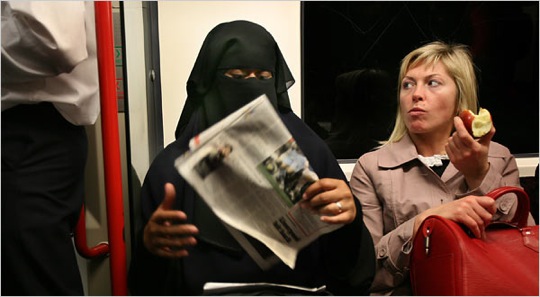 The suicide bombing in Stockholm risks resulting in suspicions being cast against hundreds of thousands of Swedish Muslims, Ullenhag writes in a debate article in the Dagens Nyheter (DN) newspaper.

He argues that it is unacceptable to blame an entire group for one person’s actions.(That’s right, just blame 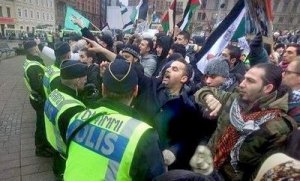 the Jews. Oh wait, half the Jewish population has been driven out by the Muslims)

“We who believe in the Swedish values of openness and tolerance have a responsibility to fight the Islamophobia and prejudice which can follow in the wake of terror,” writes Ullenhag. (Yeah, forget about fighting to prevent future terror attacks, you might offend a Muslim)

“We should never allow one individual’s act to result in an entire religion being seen as suspect or having a group saddled with collective guilt.” (I cannot believe anyone in his right mind would make such a stupid 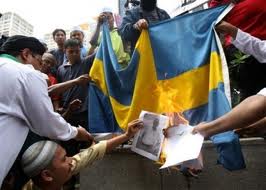 remark, especially in a country that is plagued by a rampant Muslim crime wave that includes a soaring number of rapes of Swedish women by Muslim men)

He points out that “more than 99.9 percent” of Sweden’s estimated 400,000 Muslims are not among the list of roughly 200 violent Islamic extremists in the country identified by Swedish security service Säpo. (Only because they haven’t identified the rest yet)

Ullenhag said he shared concerns expressed to him by Muslim students in the days following the December 11th suicide bombing in Stockholm that the blasts would affect perceptions of them and their families. (Suicide bombers who are ALWAYS Muslims have a way of doing that)

In an effort to counteract potential discrimination against Swedish Muslims that could result from the suicide bombing, Ullenhag is meeting on Thursday with a number of prominent leaders from Sweden’s Muslim community. “The purpose of the meeting is to discuss how the government can deepen its work to combat 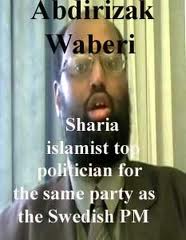 discrimination and an increasing Islamophobia,” writes Ullenhag. (Muslims breathing cause Islamophobia, deal with it, preferably by stopping Muslim immigration)

“I want to listen to the experiences of Swedish Muslims and talk about what we can do to reduce polarisation and stop barriers between groups and people from taking root.” (How about listening to all the victims of Muslim crimes?)

Ullenhag further emphasised that Sweden should never abandon its ideals of openness and tolerance in the fight against terrorism. “If a suicide bomber succeeds in creating large divisions and increased intolerance – then terror has won,” he writes. (Sorry Charlie, with an attitude like yours, the Muslim terrorists have already won)