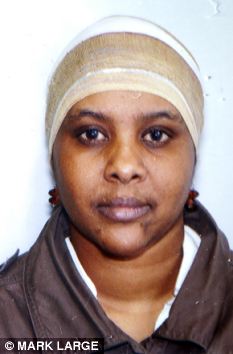 A Somali MUSLIM woman who lied about being gang raped in Somalia in order to claim more than $400,000 in benefits had moved to Britain from Sweden after boasting it was the ‘land of easy money.’

UK DAILY MAIL –Ayan Abdulle was jailed this week after investigators discovered that the story she used to win asylum – and later UK citizenship – was a pack of lies.

Abdulle, who also used the fake name Amina Muse and is from Somalia, was living in Gothenburg when the authorities insisted immigrants learn Swedish if they wanted to continue to claim handouts. She told a friend she couldn’t be bothered and moved to England where she knew it would be far easier to collect benefits.

She made up a story to gain asylum and gave herself and five of her six children false names and dates of birth, fraudulently claiming benefits on both the real and invented identities. And she somehow managed to continue claiming benefits in Sweden for three years after leaving.

Abdulle was born in Mogadishu in 1969 but moved to Sweden in 1994. Her friend Hodan Abdullahi Egal, who lives in Gothenburg, said yesterday: ‘Ayan liked life here. She never worked, just took things easy and spent her time meeting up with old friends from Mogadishu. 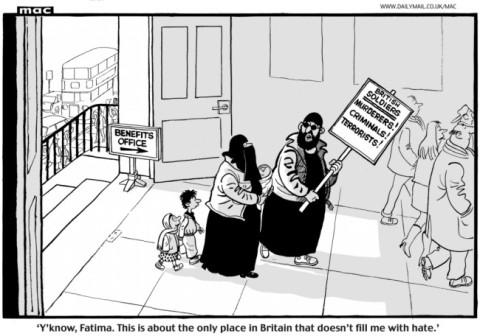 ‘But she couldn’t be bothered to learn another language. Instead she decided to move to England.

‘She said it was the land of easy money. She was convinced she would have no problems there because the system there made it far easier to collect money without proper checks.’

Abdulle arrived in London in 2004 with her first five children, now aged eight to 17, and her husband Raghe Adan, and claimed asylum under the name Amina Ali Muse. In her application, she said militiamen had targeted her home in Somalia on December 1, 1998, shooting her brothers dead.

She claimed she had been gang raped while three months pregnant, leading to a miscarriage, and that her niece had been raped, tortured and beaten. In fact, on that date Abdulle had been in Sweden giving birth to a daughter. 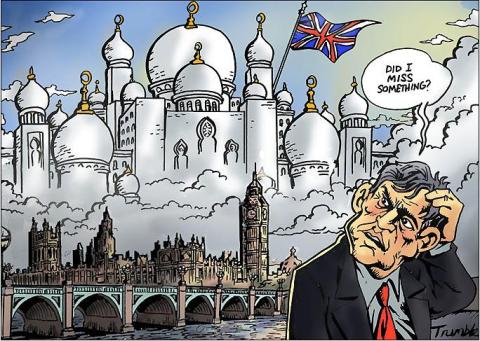 Friends and neighbours in London and Sweden said the only man who ever visited her flat was husband Adan. But in Sweden she registered herself as having married a 41-year-old named Hassan Mohamed Osman in 2007.

And the father of her sixth child, born in 2009, was given as Abdirashid Mohamed Omar, a Somali who arrived in Britain from Kenya in 2006 claiming to be the husband of Amina Muse. He was granted indefinite leave to remain as her spouse.

Abdulle was exposed when she fell out with some members of her family who revealed her fraud to the authorities. A former friend in London said: ‘She was very secretive. I never saw her with a husband in six years. She changed her mobile phone number every day, you could not contact her. (And if she hadn’t been exposed by these people, she would have leeched off the government teet for years to come, giving birth to more little Muslim rugrats)

‘She went back and forth to Gothenburg a lot and she once went to Africa, but via Sweden even though it was more expensive.’

Jailing her for four-and-a-half years at Harrow Crown Court for multiple counts of fraud and deception, Judge Stephen Holt described her actions as a professionally planned ‘cynical and dishonest manipulation of the whole system of asylum’.

(And here’s the topper) Abdulle, who showed no remorse, cannot be deported after finishing her sentence because she was granted British citizenship in 2009.