Obama threatens to impose sanctions if the Ivory Coast fails to comply with his demands which would replace a legitimately elected Christian leader with a Muslim. 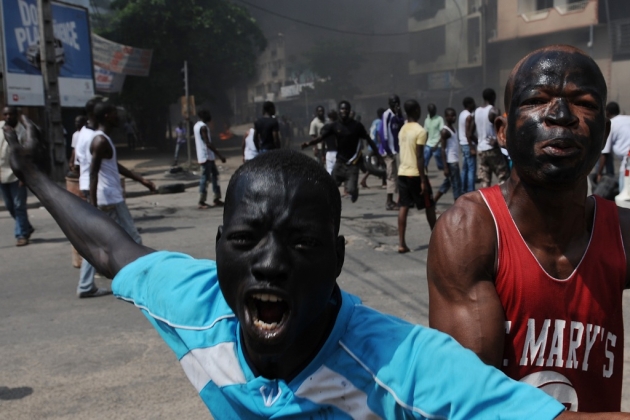 WND –The Ivory Coast is facing the forced Islamist takeover of its government, a move being pushed by the United States and United Nations, whose leaders reportedly are ignoring the nation’s own procedures that determined Laurent Gbagbo, a Christian, legitimately was re-elected president, according to a report from Joseph Farah’s G2 Bulletin.

The standoff has placed the country on the brink of a civil war as the U.S. and other Western countries seek to force the installment of Alassane Ouattara, a Muslim who, like Gbagbo, claims the presidency following a recent contested election. 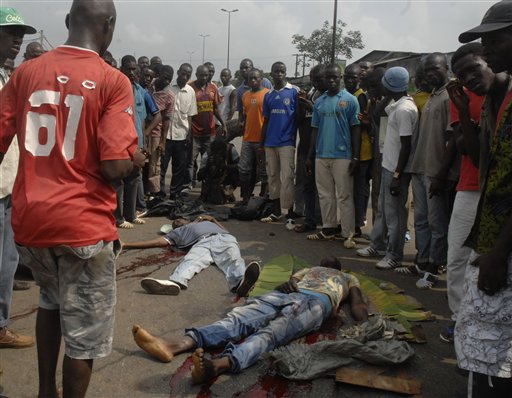 The forced selection of Quattara by outside influences runs contrary to constitutionally established procedures in the Ivory Coast regarding such determinations, critics contend. Kenyan Prime Minister Raila Odinga has called for African nations to remove Mr Gbagbo by force if necessary.

In this case, the issue centers on whether the United States and U.N. will select the next Ivory Coast president or allow the decision by the country’s constitutional council to prevail. The constitutional council had determined that there was sufficient evidence of vote-rigging in the northern part of the country controlled by Islamists to make the final determination that Gbagbo, the incumbent president, had won the hotly contested election last November.

The constitutional council under the Ivory Coast constitution has the last word on election results. But the U.S., U.N. and African Union are pushing for the recognition of Ouattara and are demanding that Gbagbo step down and “respect democracy.”

The Russians, meanwhile, have blocked a U.N. statement to recognize Ouattara, saying the U.N. has exceeded its role in the Ivory Coast. It’s the second Muslim-Christian battle in Africa recently. The earlier dispute was in 2007, when Barack Obama campaigned for now-Kenyan Prime Minster Raila Odinga, who had been assigned by the African Union to look into the Ivory Coast situation. (See related links below)

Obama barnstormed on behalf of Odinga, the socialist who hails from the same tribal heritage, the Luo, as Obama, when Odinga was seeking the presidency in Kenya. Appearing with Odinga at campaign stops, Obama gave speeches accusing the sitting Kenyan president of being corrupt and oppressive.

Then on Aug. 29, 2007, Raila Odinga signed a secret Memorandum of Understanding with Muslim Sheikh Abdullah Abdi, the chief of the National Muslim Leaders Forum of Kenya. In exchange for Muslim support, Odinga promised to rewrite the Kenyan constitution to install Shariah as law in “Muslimdeclared regions,” elevate Islam as “the only true religion” and give Islamic leaders “oversight” over other religions, establish Shariah courts and ban Christian proselytism.

Even with strong Muslim backing, Odinga was beaten in the December 2007 elections. He then accused the incumbent president of rigging the vote and allegedly incited his supporters to riot. Over the next month, some 1,500 Kenyans were killed and more than 500,000 displaced – with most of the violence led by Muslims, who set churches ablaze and hacked Christians to death with machetes.

Odinga eventually ended up as prime minister in Kenya through a power-sharing arrangement that was installed in an effort to appease those who were rioting.