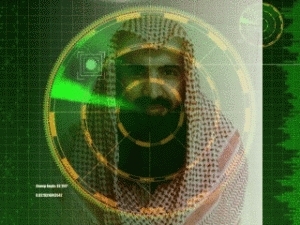 According to Arabic language broadcasts, “The Muslim world is saying that President Obama wants amnesty for the current Hispanic 12 million illegal immigrants in the US in order to pave the way for the next wave of tens of millions of illegals from the Middle East to the United States, leading to 50 to 100 million Muslims living in the US. before the end of Obama’s second term.

“Is Barack Obama Really A Saudi/Muslim ‘Plant’ in the White House?” The answer is obvious. The video claims that “for years before” the 2008 election, Lipkin’s wife, who worked for the Israeli government monitoring Arabic radio broadcasts, picked up broadcasts of Saudis saying, “We will have a a Muslim in the White House in 2008.”

Special Guests – While the world fixates on the Middle East upheaval, there is a quiet undertow building toward likely impending

mass protests and terrorism in the United States; according to author/translator in the Israeli Prime Minister’s office, Avi Lipkin, who has been reporting on Islamic population and terrorist concentrations in Latin America and Canada now for about twenty years, wrote about it extensively in his first book, “Is Fanatic Islam a Global Threat?” (published in 1998).

Avi Lipkin has a source with a senior United Nations official that the U.S. will be a Muslim country by the end of Obama’s second term. It is now easy to see who that can happen, and quickly, since the economies of Egypt and other Mid East nations will likely fall apart under impending rigid Islamic rule with the new regimes. Lipkin outlines Obama’s three prong plan in the Middle East:

1) Obama fomenting unrest in each Middle Eastern country so that each regime can be taken over by fanatic Muslim Brotherhood Sunni Regime in order to use them as proxies to overthrow the competing Shiite regime in Iran without involving American troops.

2) As a result of the takeover of the regimes in the Middle East there will be a massive exodus of Sunni Muslims and Christians from Egypt to America and to Europe in order to bring about Muslim majorities in European countries, U.S., Canada and Latin America.

3) The Muslim Brotherhood nations will then march on Israel in an effort to destroy it and thus Obama keeps his promise to show the Muslim world what he’s going to do to destroy Israel.