It doesn’t matter whether you are Christian, Buddhist, Hindu, Jewish, or any other religion. If you are not a Muslim, you are the target of Muslim persecution and slaughter.

Documenting Reality – 58 Hindus, most of them returning from Ayodhya, were killed and 43 injured when Muslims attacked the Sabarmati Express and set afire four of its coaches at Godhra railway station in Gujarat on February 27th, 2002. The other images are from an attack at a Hindu temple using machetes plus two other random attacks.

Muslims must realize the Hindus of India will not tolerate terrorist attacks on our people. Muslims will not understand peace unless steps of this nature are taken” – Nilkant (last name unknown), Godhra

“Muslims are 90% of today’s world trouble. If we sit back and let them kill, they will only do it more” – Shivshankar Trivedi, Ahmedabad

“The world nations must take care of their Muslim problem today before it’s too late and realize that the problem should be treated as a top priority. Islamic history has shown how brutal it can be once it has gained control of your nation” – Ravi Chudasama, Ahmedabad

If you don’t want to see the rest of these graphic photographs, scroll down fast now. 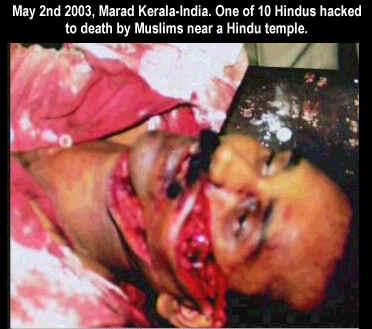 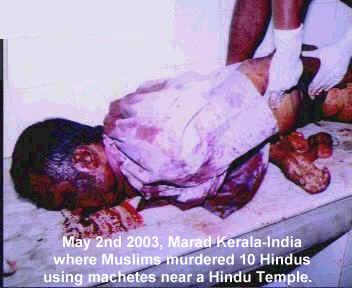 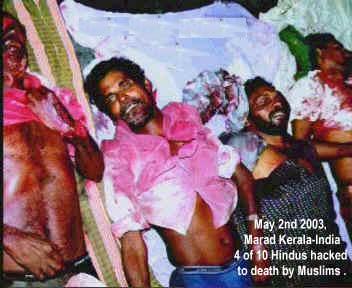 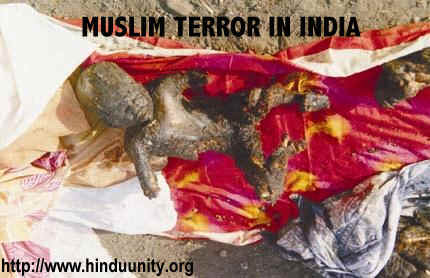