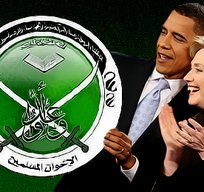 The Obama Regime chose the eve of the holiday marking our Nation’s birth to acknowledge publicly behavior in which it has long been stealthily engaged to the United States’ extreme detriment:  Its officials now admit that they are embracing the Muslim Brotherhood.  That would be the same international Islamist organization that has the destruction of the United States, Israel and all other parts of the Free World as its explicit objective.

CENTER FOR SECURITY POLICY -To understand why the Obama administration’s embrace of the Muslim Brotherhood is so ominous, consider three insights into the organization’s nature and ambitions: 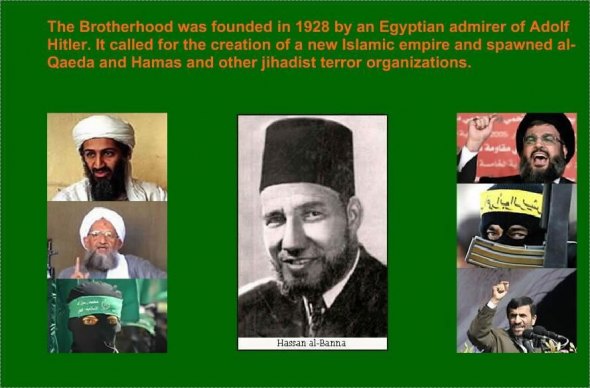 “Allah is our objective. The Prophet is our leader. The Qur’an is our law. Jihad is our way. Dying in the way of Allah is our highest hope.”  (Source: Husain Haqqani and Hillel Fradkin, “Islamist Parties: Going Back to the Origins.”)

“A kind of grand jihad in eliminating and destroying the Western civilization from within, sabotaging its miserable house with their [i.e., Americans’] hands and the hands of the believers so that it is eliminated and God’s religion is made victorious over all other religions.” (Source: Muslim Brotherhood’s “Explanatory Memorandum on the General Strategic Goals of the Group,” entered into evidence by the Department of Justice in the 2008 Holy Land Foundation terrorism-finance trial. Archived at the NEFA Foundation.)

Third, here are excerpts from the Muslim Brotherhood’s “phased plan” for accomplishing that mission:

Phase One: Discreet and secret establishment of leadership.

Phase Two: Phase of gradual appearance on the public scene and exercising and utilizing various public activities. It greatly succeeded in implementing this stage. It also succeeded in achieving a great deal of its important goals, such as infiltrating various sectors of the Government.

Phase Three:  Escalation phase, prior to conflict and confrontation with the rulers, through utilizing mass media. Currently in progress.

Phase Four:  Open public confrontation with the Government through exercising the political pressure approach. It is aggressively implementing the above-mentioned approach. Training on the use of weapons domestically and overseas in anticipation of zero-hour. It has noticeable activities in this regard.Phase Five:  Seizing power to establish their Islamic Nation under which all parties and Islamic groups are united. (Source: Undated Muslim Brotherhood Paper entitled, “Phases of the World Underground Movement Plan.” Archived at Shariah: The Threat to America.)

In short, the Muslim Brotherhood is deadly serious about waging what it calls “civilization jihad” against the United States and other freedom-loving nations in order to secure their submission to the Islamic totalitarian political-military-legal doctrine called shariah.  The MB’s goal in this country is to replace our Constitution with theirs, namely the Koran.  And they regard this task as one commanded by none other than Allah.  (For more details on the nature, ambitions and modus operandi of the Ikhwan, see the Team B II Report, Shariah: The Threat to America).  To this end, as Andy McCarthy notes in the aforementioned essay, the MB’s senior official, Supreme Guide Muhammad Badi, has effectively declared war on the United States. 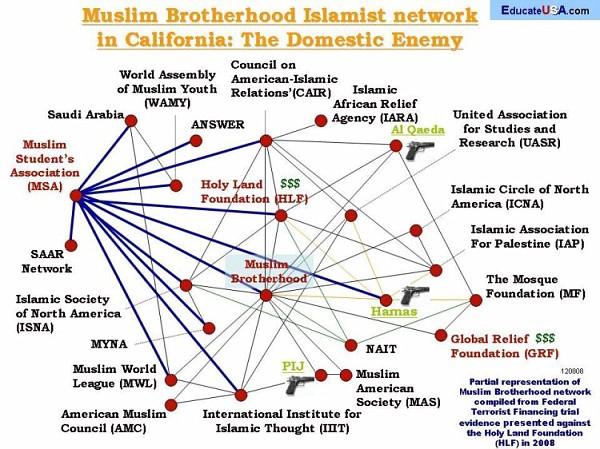 Were there any doubt that legitimacy is what the Brotherhood is taking away from this gambit, consider this assessment from an expert in Islamic groups, Ammar Ali Hassan, cited by Associated Press:  “…The Brotherhood will likely try to float ‘conditions’ or ‘reservations’ on any dialogue to avoid a perception that it is allowing the U.S. to meddle in Egypt’s internal affairs. But in the end, the talks will give a boost to the group, he said, by easing worries some in the Brotherhood and the public have of a backlash if the Brotherhood becomes the dominant player in Egypt. ‘Now the Muslim Brotherhood will not have to worry [about] moving forward toward taking over power,’ Hassan said.” 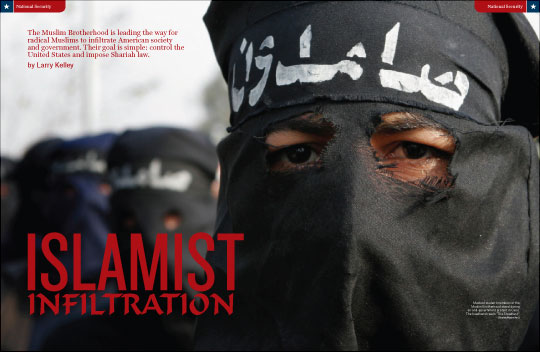 Unfortunately, the U.S. government’s dangerous outreach to the Brotherhood is not confined to Egypt but is systematically practiced inside the United States, as well.  For example:

A blind eye is turned to the presence across the country of shariah-adherent mosques that incubate jihadism. A peer-reviewed study published last month in Middle East Quarterly determined that 81% of a random sample of 100 mosques exhibited such qualities – constituting an infrastructure for recruitment, indoctrination and training consistent with the Brotherhood’s phased plan. 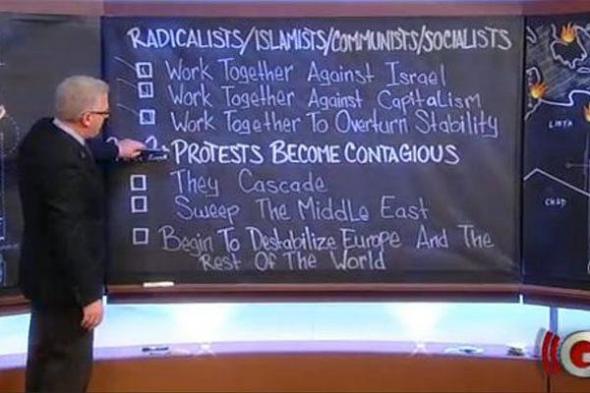 It seems a safe bet that, as Team Obama legitimates Muslim Brotherhood organizations and groups overseas, it will feel ever less constrained about further empowering their counterparts in the United States.  If so, the MB will come to exercise even greater influence over what our government does and does not do about the threat posed by shariah, both abroad and here.

The absolutely predictable effect will be to undermine U.S. interests and allies in the Middle East and further catalyze the Brotherhood’s campaign to insinuate shariah in the United States and, ultimately, to supplant the Constitution with Islamic law.  Consequently, the Obama administration’s efforts to “engage” the Muslim Brotherhood are not just reckless.  They are wholly incompatible with the President’s oath to “preserve, protect and defend the Constitution of the United States” and the similar commitment made by his subordinates.