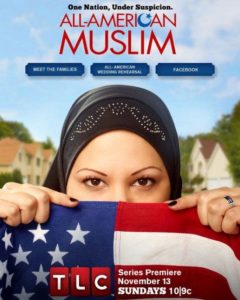 Apparently the success of the campaign waged by the Florida Family Association assisted by Bare Naked Islam readers, in convincing several advertisers to pull the plug on All-American Muslim, isn’t sitting too well with CAIR and its affiliated Muslim extremist groups.

The Washington-based Council on American-Islamic Relations (CAIR) said the calls for an advertiser boycott are coming from Internet hate sites like “Bare Naked Islam,” which recently featured a number of threats of violence targeting U.S. and European mosques, and right-wing groups such as the Florida Family Association and American Decency.

Some “All-American Muslim” advertisers have apparently buckled to the hate-filled views of the boycott’s promoters.

“While all Americans have the right to voice their views, no matter how bigoted, advertisers who seek to reach the tolerant majority of consumers should not pander to those who promote religious and ethnic hatred,” said CAIR National Executive Director Nihad Awad. “The program’s detractors are using every stereotype in the book to defame American Muslims and to demonize Islam.”

“This fear-mongering campaign, by targeting any manifestation of pluralism in America, sums up what Islamophobia is all about in our society today,” said Awad. FROM: THE AMERICAN MUSLIM

TLC has a reality series called “All-American Muslim” which has aired four out of a planned eight episodes.  The program follows five Lebanese American families in Dearborn, Michigan.

The Islamophobia network was enraged that this program only depicts normal American Muslim families, and doesn’t include terrorists, criminals, perverts, and other types that exist in the Muslim community (as they do in all communities).

According to the Islamophobes this constitutes “deception and obfuscation”,  an “attempt to manipulate Americans”, “propaganda”, “cultural jihad”.

A group called the Florida Family Association (FFA), initiated an advertiser boycott against what it describes as a “propaganda show,” contacting companies whose commercials appear during the broadcast and asking them to quit. So far, the organization claims, nearly 20 companies have agreed to pull their ads from the series at their urging.  **  The FFA website provided a “click here” easy action form to do this.

This effort of course was touted on numerous Islamophobic sites who also encouraged their readers to join this effort and contact the advertisers.  Here is the form letter they sent out to advertisers:

The Learning Channel’s new show All-American Muslim is propaganda clearly designed to counter legitimate and present-day concerns about many Muslims who are advancing Islamic fundamentalism and Sharia law.

The show profiles only Muslims that appear to be ordinary folks while excluding many Islamic believers whose agenda poses a clear and present danger to the liberties and traditional values that the majority of Americans cherish.

One of the most troubling scenes occurred at the introduction of the program when a Muslim police officer stated “I really am American.  No ifs and or buts about it.”  This scene would appear to be damage control for the Dearborn Police who have arrested numerous Christians including several former Muslims for peacefully preaching Christianity.

Many situations were profiled in the show from a Muslim tolerant perspective while avoiding the perspective that would have created Muslim conflict thereby contradicting The Learning Channel’s agenda to inaccurately portray Muslims in America.

Clearly this program is attempting to manipulate Americans into ignoring the threat of jihad and to influence them to believe that being concerned about the jihad threat would somehow victimize these nice people in this show.

I encourage you to stop supporting this show with your advertising dollars.

Sadly according to this Florida Family Association site, these tactics are working.  They say that “25 out of 27 advertisers targeted in the November 29th email alert did not advertise again during the December 4th and 5th episodes.  And, 65 companies that Florida Family Association targeted with emails did NOT advertise again during the only two episodes of All-American Muslim that aired this past week.”

Here is a list of companies that they claim to have succeeded in convincing to cancel their advertising based on this bigoted, hateful, anti-Muslim reasoning:

Thank you for contacting Lowe’s.  We work hard to listen to our customers and respond to their concerns.  Lowe’s has strict guidelines that govern the placement of our advertising. Our company advertises primarily in national, network prime-time television programs and on a variety of cable outlets.  Lowe’s constantly reviews advertising buys to make certain they are consistent with its policy guidelines.

While we continue to advertise on various cable networks, including TLC, there are certain programs that do not meet Lowe’s advertising guidelines, including the show you brought to our attention.  Lowe’s will no longer be advertising on that program.

Our goal is to provide the best service, products and shopping environment in the home improvement industry.  We appreciate your feedback and will share your comments with our advertising department as they evaluate future advertising opportunities. If I can be of further assistance, please do not hesitate to call 1-866-900-4650, or email[email protected].  You may also contact us by mailing your correspondence to Lowe’s Companies, Mail Code CON8, 1605 Curtis Bridge Rd., Wilkesboro, North Carolina 28697.

Shame on Lowe’s, and shame on every one of these companies if they really did cave in to such bigotry and hatred.  Did this program not meet Lowe’s advertising guidelines because it showed a Muslim policeman who self-identifies as an American?  Was it because Muslims and Arabs were not portrayed as evil villains who are not “real Americans” and have no right to act as if they are normal human beings with families, mortgages, jobs, etc.?

Within days of the show’s premiere, the fear-mongering Islamphobia network complained the show is actually propaganda that promotes a “submission to Islam through the hijab” and “tries to make a religion which believes in world domination and the inferiority of women, seem normal”. The author of this article, posted on David Horowitz’s inflammatory Front Page Magazine, also goes on to compare Muslims to Nazis: “Muslims are like us [Americans]; that’s the problem. The Nazis were like us too. So were the Communists.”

Apparently, TLC is a stealth-jihadist outfit with grand schemes to brainwash American women into burning their swimsuits and tank tops and replacing them with modest, traditional Islamic clothing as a gradual means towards converting them to Islam. I’ll be waiting for their next reality TV show: “UV Radiation Fighters.”

Pamela Geller, founder of the shrill Atlas Shrugs blog and co-founder with blogger Robert Spencer of Stop Islamization of America, is convinced the show “is an attempt to manipulate Americans into ignoring the threat of jihad”. Who would have thought a reality TV show could have so much brainwashing potential? Instead of mounting violent campaigns, all our enemies needed to secure victory was to produce “The Real Housewives of al-Qaida.”

If Geller, Spencer and Horowitz were producing their version of American Muslim reality, the episodes would focus on the families’ radical stealth jihadist plots. Through eight episodes, they would attempt to turn McDonald’s golden arches into minarets, transform California to Caliph-ornia, place a burqa over the Statute of Liberty, creep sharia into the Denny’s breakfast menu, and spike the elementary school eggnog with sumac and lentils.

A “real Muslim” according to many is this anti-American, extremist, violent stereotype – an image often plastered over news headlines. This myth is unsurprising, perhaps, considering 60% of Americans say they don’t know a Muslim. Furthermore, the No 1 source of information about Muslims for American is the media, and often, the images are negative. Yet, according to all the studies and evidence, the reality of American Muslims is that they are moderate, loyal to America, optimistic about America’s future, in tune with American values, well-educated, and are the nation’s most diverse religious community.

That being said, nearly half of American Muslims say they have faced discrimination. The FBI just announced anti-Muslim hate crimes have risen 50%. (Still close to fives times fewer than hate crimes committed against Jews) And a Republican presidential candidate with an alleged proclivity towards sexual harassment and unintentionally hilarious campaign videos has claimed a majority of Muslim Americans are extremists.

The Islamophobes take on this is also seen in the lede’s on their sites.  This is representative Sears, Wal-Mart, Home Depot, and McDonalds have dropped support for TLC’s ‘All-American Muslim’ program.

It is possible based on past misrepresentations made by these folks that the situation may not be quite as they are advertising it.  If these companies simply had advertising scheduled for a particular week or weeks and not for others, and did not cave to this pressure, then they need to speak up.  If they are being misrepresented as agreeing with these bigots, that is a serious accusation.  I would like to see them state that publically, or even sue for slander if that is within the law.

I know for a fact that many of these corporations do business in Muslim majority countries, and if they truly have caved so easily to a concerted hate campaign, that will not do their business any good.