BNI is happy to announce that Australia has a new political party-the RISE UP AUSTRALIA PARTY (Keep Australia Australian)-a party for all people who embrace Australia as home. This Party is totally committed to protecting the Australian way of life and its Judeo-Christian Heritage upon which Australia was founded.

(Finally, a party with an anti-leftist/anti-socialist/anti-Islam platform)

It is with great joy and excitement that we announce the formation of a new political party, RISE UP AUSTRALIA PARTY (Keep Australia Australian), A party for all people who embrace Australia as home.

This Party is totally committed to protecting the Australian way of life and our Judeo-Christian Heritage upon which Australia was founded. Rise Up Australia Party is for all people who call Australia home.

As President of Rise Up Australia Party I assure you that we on the Board of Directors are totally committed to the protecting of Australia from multiculturalism. Australia is a  multi-ethnic country: many races, many skin colours, – but one culture – Australian. We have all seen the negative effects of multiculturalism in Europe. Recently the leaders of Germany and the UK have stated clearly that multiculturalism has failed. Rather than uniting the country under one flag, it has had the completely opposite effect. Multiculturalism has actually divided their nations, and has let people build ethnic enclaves within their countries.

The Rise Up Australia Party Board of Directors (the National Executive) comprises of  dental and medical  doctors, housewives, businessmen, businesswomen, Christian ministers and others with more than 20 years of experience in the political arena. This great bunch of people who love Australia, have been working behind the scenes for the past several months to set up the Party, ready to start operations in June 2011.

Ever since I called Australia home I have watched carefully how the left-wing secular movements in Australia have been pushing their agendas through the parliamentary system and taking Australia away from its Judeo-Christian foundations. These foundations are what have made Australia such a great democracy in which to live. If we remove those foundations, we might surely follow the path of Europe. We might see the introduction of Islamic Sharia law, which is not at all compatible with democracy, freedom and the Australian way of life.

Following are some of the aims we as a Party would like to achieve in the next 10-20 years.

4. Reaffirm our Constitutional right to freedom of religion.

5. Recognise and affirm our Judeo-Christian heritage.

6. No religion or religious practices are to be forced upon another person.

7. Faith-based schools are to have the right to employ people of their choice.

8. Schools to have faith-based chaplains.

9. School curriculums to include the teaching of the history of Western civilization and our Judeo-Christian heritage.

10. Improve discipline in our schools.

12. Parents have the right to discipline their children, within sensible historical, non-abusive guidelines.

13. Protect children from homosexuality as it creates health problems. Promote children’s rights – children have the right to have both male and female role models as parents (father and mother).

14.  We wish to make abortion history by providing those social conditions that support women in their lives so they are not forced into situations where they feel there is no option but to have an abortion.

15. Protect Australia from multiculturalism. People who live in Australia should become Australian – we are multi-ethnic, not multi-cultural. We do not advocate homogenising – immigrants are free to celebrate their own backgrounds, but must respect the Australian culture. We are opposed to a dual legal system, i.e. we oppose introduction of Sharia law in Australia. We will educate people about the implications of radical Islamic teaching. We advocate no Centrelink benefits for polygamists.

16. All boats trying to enter Australian waters by illegal means should be stopped to preserve the lives put at risk by people smugglers.

17. Protect the environment, as God gave it to mankind to look after.

18. We support the right for Israel to exist with Jerusalem as its undivided religious capital.

19. All elected Members of Parliament for RUA Party are encouraged to donate a percentage of their salary to the poor and the needy.

20. While we recognise the Aboriginal people as the first people of Australia, we encourage them to accept our Government’s apology and move forward. As we all work together towards equality, harmony and fairness for all Australians.

I believe most people know that we won’t run away from a fight, as we carried a major national court case for 5 years, which was brought against us by the Islamic Council of Victoria, and we saw a great victory for Freedom of Speech & Freedom of Religion in 2007. We are ready for a 20 year fight to take back Australia and keep it Australian.

Yes, my dear friends, it is time for us to stand up for our country right now. If we do not protect our Australian culture now while we still can, there will be nothing left of it for our grandchildren. Let’s be proud and patriotic about our nation of Australia.

We cannot and must not let the extreme left parties, such as the Greens, control the balance of power. When elected, we assure you to fulfil the promises to the electorate and the nation to the best of our ability. As a Minister of the Gospel, I am first accountable to God, then to man. I believe and pray that this will keep me honest and truthful in the sight of God and man.

You can send your donations and mail to the following:

May God Bless our nation Australia,

Hopefully, Rise Up Australia will join forces with the Q Society: 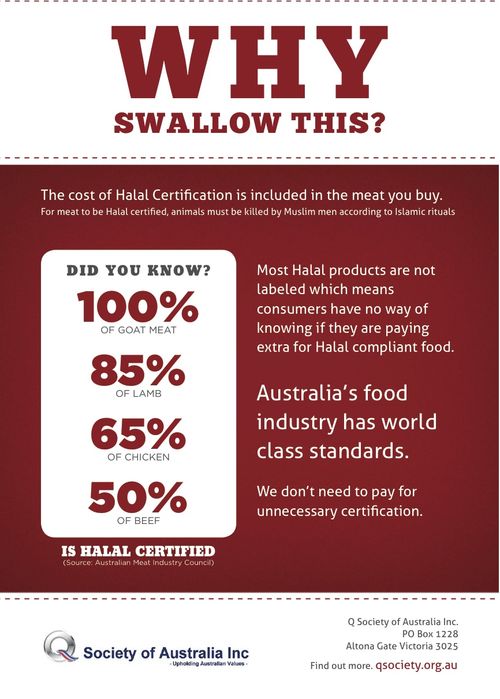 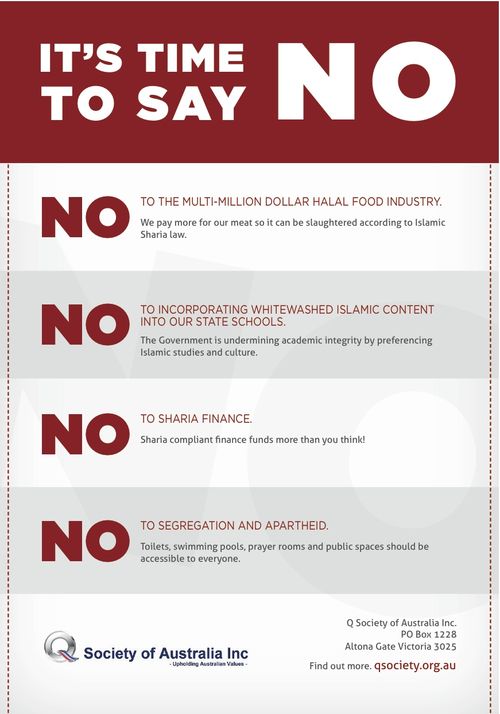