The day of reckoning is here thanks, in part to GOP strategists having made Obama’s Islamic radicalism a subject nearly as off-limits as Islamic supremacism. So along comes Hamas. Just days before the presidential election, the terrorist organization — begotten by the Brotherhood and serving as its Palestinian branch — spearheaded an Islamist offensive, firing in just a few days over 750+ rockets into the Jewish state from its home base in Gaza.

National Review (By Andrew McCarthy)  You may not have heard about it until a few days after the election. Like Iran’s act of war in shooting at a U.S. drone in international waters, it signaled a further dangerous unraveling of the Middle East that undercut the media narrative of Obama as foreign-policy chess master, so it was tucked under the rug.

But it could not be ignored forever, for it is not just another spike in the ever-thrumming Gaza border skirmish. It is the renewal of an unending war — an existential one for Israel, which is expected to fight “proportionately,” with both hands tied behind its back, yet blithely accept, as the international community has, the barbaric Islamist claim that nothing short of Israel’s destruction will be satisfactory. 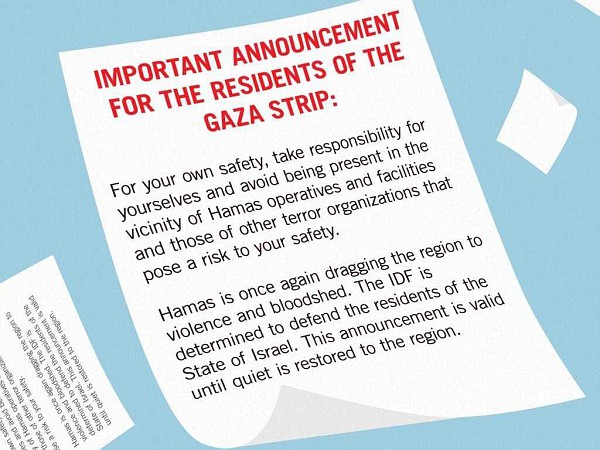 By its own declaration, Hamas will be at war with Israel until the latter’s demise. Toward that end, the jihad has now been taken to population centers such as Tel Aviv.

By the calculation of terrorism analyst Ryan Mauro, the onslaught begun last week brought the yearly total of missile attacks on Israel to about 700. That is, while the Obama administration has been facilitating the Muslim Brotherhood’s rise in Egypt, Tunisia, Libya, and soon Syria — with Obama drawing ever closer to Turkey’s Islamist prime minister, Recep Erdogan, even as Erdogan champions and funds Hamas — Gaza’s jihadists have been emboldened to step up their terror campaign. And it is not just Gaza’s jihadists. Understand: This is not Hamas’s war of extermination against Israel. It is Islam’s. And yes, for the millionth time, there are various ways of interpreting Islam, but the Islam that matters in the Middle East, the Islam that animates tens of millions of Muslims, is Islamic supremacism. Israel, the canary in the West’s coal mine, is not besieged by an eccentric doctrine weaved by Hamas, Hezbollah, and al-Qaeda. Jihadist terrorists are just the point of the ideological spear.

Recent polling shows that four in five Egyptians (i.e., about 60 million people) believe the Camp David Accords — the treaty that has kept peace between Egypt and Israel for 30 years — should be dissolved. It is the same four out of five Egyptians that, given the chance, voted to put Islamists in control of their government. Just as Muslims have chosen to empower Islamists in Turkey, Gaza, Iraq, Afghanistan, and Tunisia, as well as in Lebanon and Libya to a lesser but still consequential extent. The jihad against Israel “isn’t a matter of individuals, not a matter of community. It is a matter of a nation. The Arab nation, the Islamic nation.” So exclaimed Egyptian prime minister Hisham Qandil on Thursday in Gaza. He had been sent there to show solidarity with Hamas by Mohamed Morsi, the Brotherhood leader elected as president. “We’re all behind you,” Qandil continued — behind “the struggling nation . . . that is presenting its children as heroes every day.”

This is how the Middle East’s Muslims see the situation. They are not Palestinians, Egyptians, Saudis, Iraqis, and so on. They are the ummah, the “Islamic nation.” For them, Gaza is not a regional dustup over parochial grievances. It is a civilizational struggle to be fought to the finish — the finish being when Israel is eliminated.

We used to fight wars that way, too. The fact that we’ve decided total victory by force of arms is a quaint concept does not mean everybody else has. Islamists define victory in the Middle East as the annihilation of Israel. That is the ambition of the region, not just Hamas. Our government’s decades-old claim that the aggression results from a “perversion of Islam” weaved by a fringe of “violent extremists” is dangerously delusional. Delusion, of course, is nothing new. For 30 years, ever since the Carter administration hailed Ayatollah Khomeini as a “saint,” willful blindness has been the order of the day. It induced the Clinton and George W. Bush administrations to insist that Islam was a “religion of peace” even as scripture-citing Islamists repeatedly mass-murdered Americans. But Barack Obama is something else again. This president has supplanted conscious avoidance of our enemies’ ideology with empathy. Our government no longer just ignores Islamist goals; it affirmatively empowers Islamist factions.

It has been only eleven days, but we’re already seeing the wages of November 6. The world has become a much more dangerous place, and not just for Israelis.