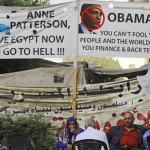 The Egyptian public’s outlook for their future as well as their economy are starting to rebound and most have a lot of confidence in the new Egyptian government headed by Abdel Fattah al-Sisi, who along with the support of 33 million Egyptians, overthrew former president Mohamed Morsi and his Muslim Brotherhood fascist government. GALLUP (h/t Jim […]

A new Islamic State video released titled “Message of the Mujahid” calls on Western jihadists unable to travel to territory controlled by the terrorist group to conduct attacks at home. The message also offers a pointed rebuke of British Prime Minister David Cameron and the U.S.-led bombing campaign. IPT  A message to all of the brothers who […] 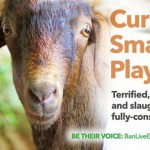 Muslims in the Russian capital Moscow have been denied the right to celebrate the upcoming Eid al-Adhu (Feast of the Sacrifice) Islamic holiday after local authorities banned them from carrying out the traditional slaughter ritual, famous for its barbaric and agonizingly slow, pain-filled blood-letting of animals. World Bulletin  The second of the two Eid holidays […] 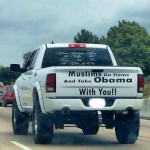 Think it might have anything to do with a Muslim in Oklahoma beheading a Christian woman at work? Or Obama trying to convince us that this was ‘workplace violence,’ not Islamic terrorism? 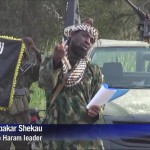 This disturbing video (actual beheading part is blurred) has surfaced showing how some members of the Islamic terrorist group, Boko Haram, decapitated a Nigerian Air Force officer in Borno State and paraded his head in a jubilant display. The victim, who was extensively interrogated before his gruesome killing, identified himself as Umar Abubakar, disclosing that […]

If you only learn one lesson from the Oklahoma beheading, learn to be well-armed just in case any Muslim tries to convert you to Islam.

Sorry, Dad, emotion only works on human beings, ISIS Muslim savages are anything but human.

Keep it up, guys, maybe they’ll finally get the message that Muslims are NOT wanted in the United States. Very happy to hear that so many Americans understand that one of the biggest domestic enemies in America is CAIR (Council on Anti-American Islamic Relations)! 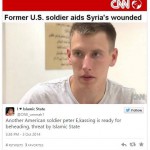 Henning had been a dedicated humanitarian aid worker helping Muslims in Syria. See where it gets you? Next on the beheading list is another American. ABC  A video has surfaced online that appears to show the beheading of British captive Alan Henningby a purported member of the terror group ISIS, who then threatens the life of […] 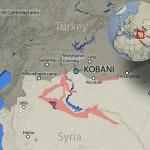 ISIS fighters entered the besieged Syrian Kurdish city of Kobani, situated near the Turkish border, that is already suffering the effects of militants cutting its water and electricity supplies. Alan Minbic, a fighter with the Kurdish People’s Protection Unit, or YPG, told CNN that ISIS now controls the southwest corner of the city, known in Arabic […] 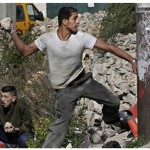 A woman and three teenage girls miraculously escaped death or serious injury when an Arab Muslim lynch mob started pelting their car with rocks in the Jerusalem A-Tur neighborhood, Mount of Olives. Jewish Press  The driver of the car, a teacher, and the three teenage girls were returning from school to the Maaleh HaZeitim neighborhood […] 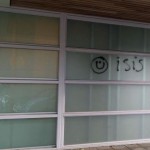 A school and various buildings in the town of Voorburg have been vandalized with pro-ISIS graffiti and with texts such as “ISIS -All Jews Will Die”.  The police assume that it is just hooliganism (Not wanting to blame the obvious culprits). Tundra Tabloid  More walls in Voorburg daubed with anti-Jewish slogans. At a corner house on the […] 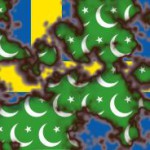 Sweden is to become the first major European country to recognize the pretend state of Palestine. The United States and the EU are likely to strongly criticize the decision, since they maintain that an independent Palestinian state should only emerge through a negotiated process. Haaretz  Sweden’s new center-left government will recognize the state of Palestine in […]

Muslim leaders here are worried a push to send the SAS to fight ISIS-linked terrorists could fuel a backlash among the Muslim community in New Zealand. TV NZ  Speaking to Radio New Zealand, Wellington’s Kilbirnie mosque’s Secretary of the International Muslim Association of New Zealand, Tahir Nawaz, says supporting the fight in Iraq would be […]