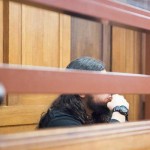 Germany arrests suspected Islamic State (ISIS) terrorist after he returns from Syria. Daily Star German police arrested a suspected ISIS supporter who was recently in Syria and raided his apartment in the state of North Rhine-Westphalia, federal prosecutors said on Sunday. The 24-year-old suspect, who has German citizenship, was suspected of having joined ISIS during a stay in Syria from […]

“Tolerance, mass Muslim immigration, and multiculturalism have effectively shut down all criticism of Islam. The values of Islam are diametrically opposed to the values of Europe. And if we don’t take steps to stop the Islamization now, we will see many more Charlie Hebdo type attacks.” RELATED STORIES/VIDEOS belgium-trailer-for-immigration-invastion-the-new-colonization-documentary-narrated-by-conservative-politician-filip-dewinter vlaams-belang-the-only-party-in-belgium-with-any-guts-creates-another-controversial-poster-campaing-against-muslim-immigrants belgium-right-wing-vlaams-belang-members-protest-school-barbecue-where-non-muslim-students-were-forced-to-eat-halal-meat belgium-daughter-of-right-wing-leader-filip-dewinter-dons-a-bikini-and-a-headbag-in-a-new-campaign-against-islamization belgium-vlaams-belang-partys-second-advertising-campaign-for-women-against-islamization belgium-politician-risks-muslim-backlash-after-using-teenage-daughter-dressed-in-burka-and-bikini-for-campaign-against-islam looks-like-brussels-could-become-the-new-capital-of-the-islamic-republic-of-eurabia […]