The Muslim knife jihadi, Dahir Adan (below), was shot and killed by an off-duty cop at the Crossroads Center in St. Cloud. The suspect was dressed in a private security uniform. Witnesses said the attacker referenced ‘Allah’ several times and asked victims if they were Muslim before deciding whether or not to stab them. 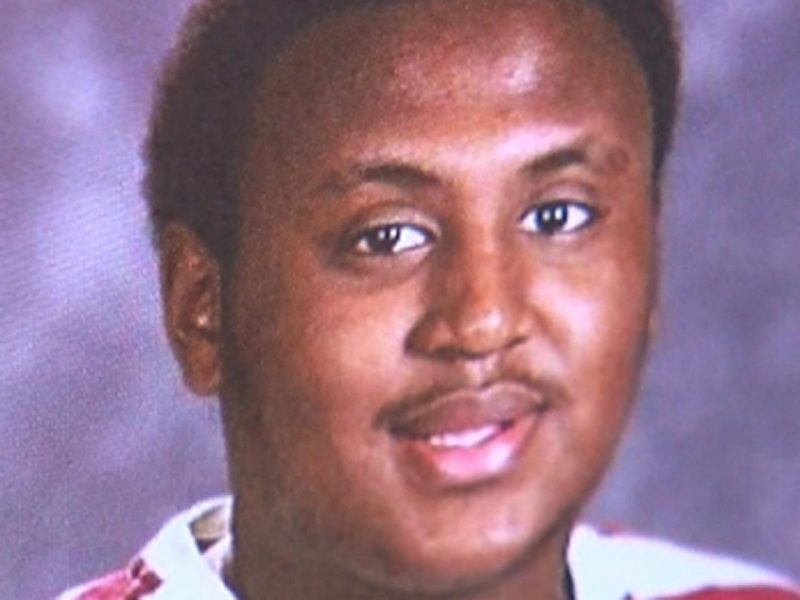 CBS News He was a recent college student with an interest in computers who had worked part time as a private security guard. He was said to be an honor student in high school. And he had nothing more than a minor traffic citation on his record.

But on Saturday, for reasons still unclear, authorities say Dahir Ahmed Adan put on a security guard uniform and went into a central Minnesota mall armed with what appeared to be a kitchen knife. In an attack that took just minutes, he injured 10 people before he was shot and killed by an off-duty police officer.

Authorities have released little information about Adan but say they are investigating the attacks as a potential act of terrorism. An Islamic State of Iraq and Syria (ISIS)-run news agency claimed the attacker was a “soldier” for the group.

One victim, Ryan Schliep, told WCCO-TV that Adan “just walked right at me” before quickly stabbing Schliep in the head. “He looked just blank in the eyes like he wasn’t even there,” Schliep said.

Jama Alimad, a Somali community advocate and friend of the family, told the Star Tribune that Adan was more into sports than religion, describing him as “the most assimilated kid in the neighborhood.” (Until his Sudden Jihad Syndrome revealed itself)

Minn. attacker was Dahir Adan, acc ro his dad, who said thru translator he born in Africa, lived in U.S. for 15yrs https://t.co/XV6ZHwL4NT

HEAVY  The details were outlined by the St. Cloud police chief in a midnight news conference on the September 17 mass stabbing, which occurred in a central Minnesota community of about 67,000 people in an area usually isolated from terrorism concerns.

Asked if he would call the mass stabbing at the Midwestern mall a terrorist attack, St. Cloud Police Chief William Blair Anderson said, “Not yet.” He said police needed to investigate and do their due diligence. “What we know is it is a lone suspect who attacked  10 non-Muslim people. Whether that was a terrorist attack, we are not willing to say that right now because we just don’t know.” 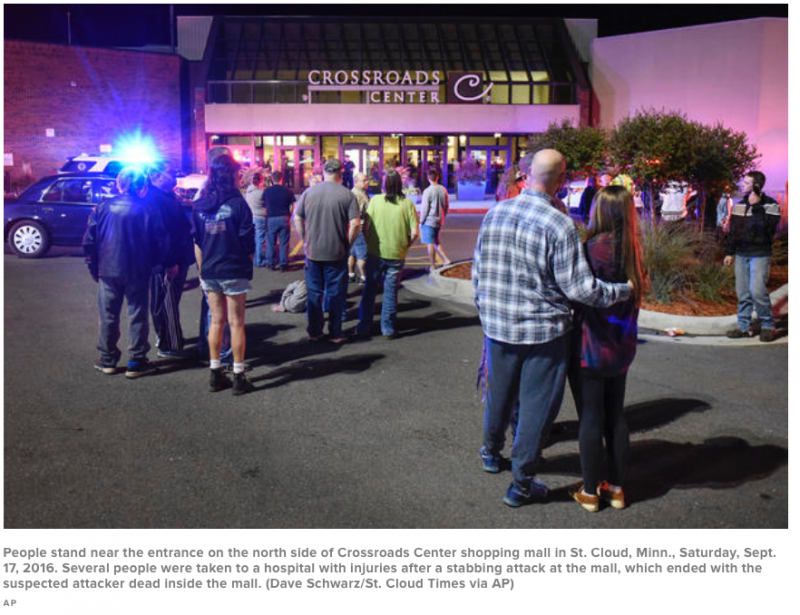 He said police had no indication anyone else was involved. He said the stabbings occurred in multiple locations, different businesses and common areas, within the busy shopping center. The chief said the suspect was wearing a private security uniform and the police had at least three previous contacts with the suspect for mostly minor traffic violations.

WCCO interviewed an eyewitness, Ashley Bayne, who works at the J.C. Penney store in the mall. She told WCCO: “I went closer to the mall entrance by J.C. Penney’s and I was looking at some jeans and all the sudden people were just running in chaos. They were screaming, ‘Someone’s stabbing people in the mall,’ and people were just really frantic and were running.” KARE 11 talked to an eyewitness who said people were walking around with blood on them.

The news broke around the same time that reports came in of the explosion in the Chelsea area of Manhattan, which left at least 29 people injured, one of them seriously, according to the New York Post. However, there was no indication of any connection.