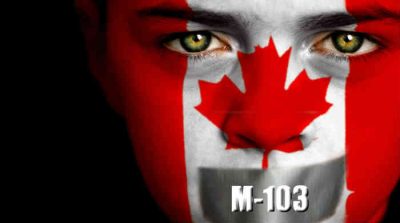 So not surprising, considering that Prime Minister Justin Trudeau (Obama 2.0) has turned his government into an Islam-pandering tool of the Muslim Brotherhood. The highly controversial M-103 “anti-Islamophobia” motion that already passed, and could conceivably become law in Canada, would criminalize honest criticism of Islam…exactly how sharia law stifles free speech and executes anyone who blasphemes Islam.

Toronto Sun  Leftist elites in Canada have launched a campaign to normalize Sharia law – the illiberal and often barbaric set of laws enforced in Islamic dictatorships. In Ottawa, the Trudeau government is in the middle of what feels like a show-trial designed to make “Islamophobia” illegal – a term the government itself has failed to define.

After the controversial M-103 was passed in Parliament, leftist media and the Trudeau government insisted that the critics were wrong, that it’s just a motion – symbolic! – and that M-103 will have no legislative impact. 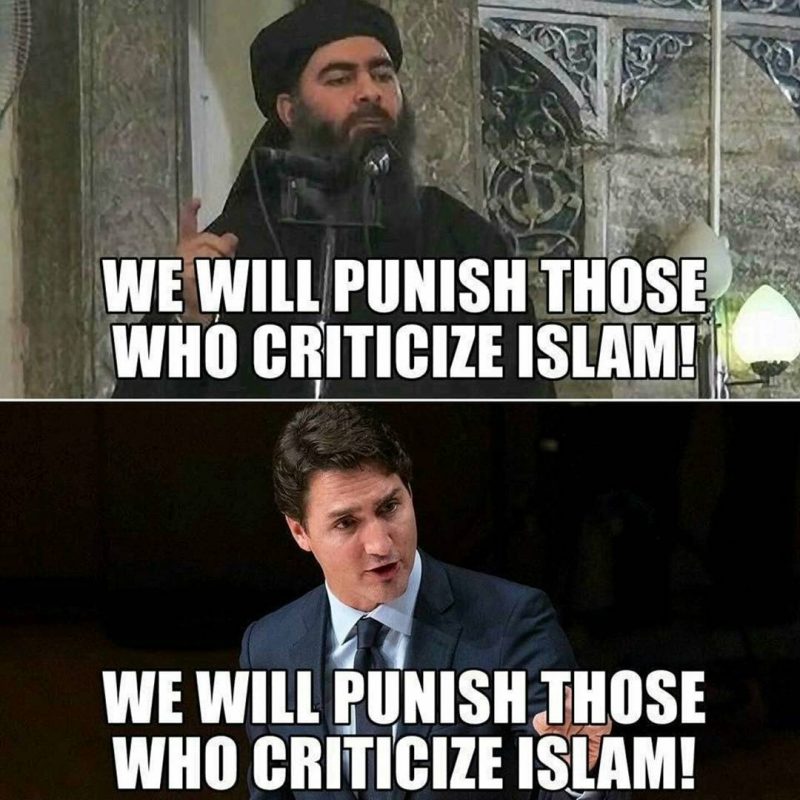 When the Heritage Committee began its hearings last week, however, critics who expressed concern over the motion were proven right. One of the first experts to testify implied police should prosecute Canadians over social media posts that police deem offensive or incorrect. Yes, prosecute.

In the background of this charade, the mainstream media joined in and is doing its part to support Trudeau’s agenda. The CBC ran a news story defending Sharia law, with a headline saying that Sharia is “not to be feared.”

It included a quote from an advocate saying that those who oppose M-103 and fear Sharia are motivated by “bigotry, plain and simple.” Pretending Sharia is already here and no big deal is incorrect; vilifying those who oppose it is both dishonest and dangerous.