Another surreal scene from the Muslim invasion of Europe. The Italian family’s neighbors, Forza Nuova (a patriot party) and the group Roma ai Romani [Rome for Romans] gather to physically block entry to the house. But a massive police force turns up in riot gear and confronts them.

DMF  In the ensuing skirmishes, some police are injured and several people arrested, including Forza Nuova members and even women from local families. Our governments now exist not to protect us, but to prey upon us. And if you organize to try and protect yourself, they send police in to crush you. In modern Europe, we have governments waging war on their own people.

Among those arrested was the local Forza Nuova [New Force] leader, Giuliano Castellino, who is already under indictment for holding an “illegal demonstration” by organizing night-time security patrols. Here is video of this incident from about a week ago. They are just walking the streets to try and keep people safe from Afro-Asiatic enrichment and the police challenge and attack them for no reason.

African Muslim invaders have seized more than 100 buildings in Rome and are illegally occupying them, admitted the populist mayor of Rome, Virginia Raggi. The mass chaos and violence were carried out mainly by Sub-Saharan Muslims, illegally squatting in Italy for five years. 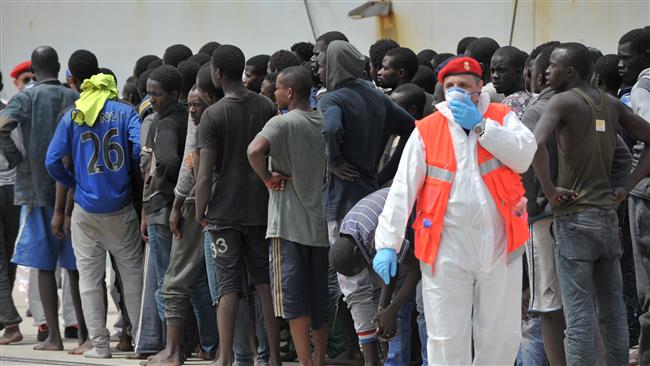 Seattle Times  Rome is looking into the confiscated buildings after police officers were criticized last week for using water cannons against phony Muslim asylum-seekers. The Muslim freeloaders had camped out on a central piazza after being evicted from a building they had illegally occupied since 2013.

Raggi added that the city government was now looking into the possibility of housing the thousands of African scroungers — who demand food, housing and welfare payments — in buildings confiscated from criminal cartels such as the Mafia. 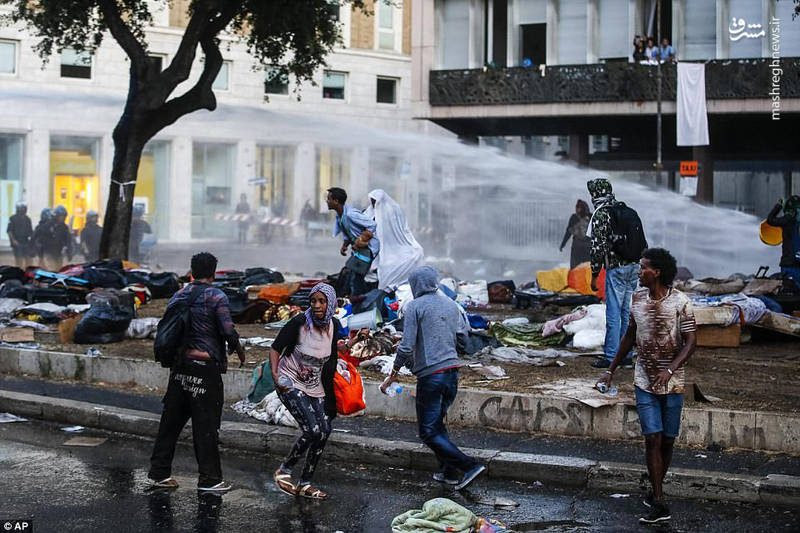 Rome authorities are looking into whether buildings confiscated from the mafia can be used to house the illegal Muslim squatters, a move that comes after police were criticized for the violent clashes that erupted as they tried to evacuate a building occupied by invaders.

New Observer  Last week’s riots in the Italian capital were the worst since the Muslim invasion of Italy started. More than 800 of the fake refugees threw rocks and bottles at police, while overturning trash cans, and setting fire to mattresses in the Indipendenza square, only a block away from Rome’s main railway station. 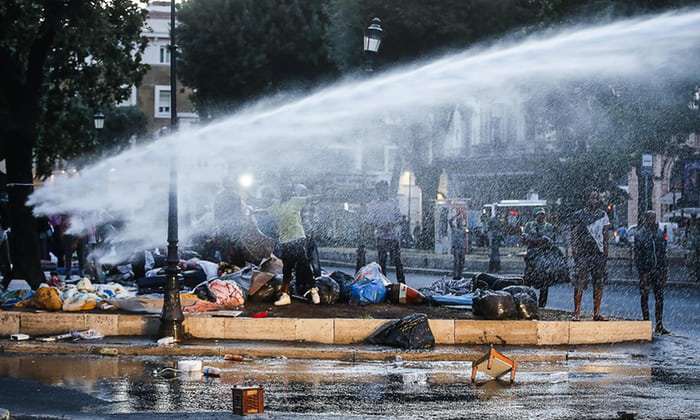 Police said they intervened because of intelligence that the Africans planned to use gas canisters and Molotov cocktails after they occupied the square in defiance of an order to leave an office building in which they had been squatting for 5 years.

Most of the Muslim squatters had actually been granted “asylum” by the Italian government. However, they had refused to accept the accommodation offered to them by the city, preferring instead to stay in their self-created slums.