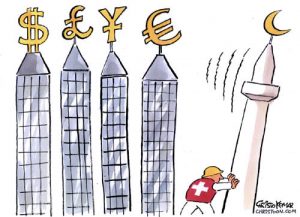 First Switzerland banned the addition of sky-high minarets and their loud speakers on mosques, then they banned burqas and face-covering veils in public places. Now Swiss legislators are planning to ban Arabic from being spoken by imams in mosques and will prohibit any foreign funding for new construction or renovation of mosques. Swiss policies and limited Muslim immigration are one of the reasons there have been no Islamic terrorist attacks there. Yet.

All common sense ideas that will stop fundamentalist Saudi Arabia from building more mosques and spreading Wahabism and sowing seeds of extremism and terrorism, not to mention welfare migration.

More about Islam and SWITZERLAND