At the current rate of mass Muslim migration, Germany likely will not fall by 2020, but by 2030, there could easily be a widespread Muslim occupation there, with the native population in a steep decline. By 2050…? 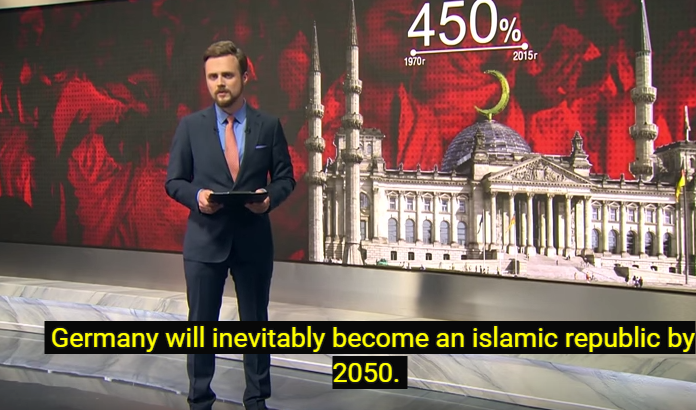 Four more years of Mama Merkel will do little or nothing to stem the flow of illegal alien Muslim freeloaders posing as refugees. Their numbers will multiply, not only from immigration but from their high birth rate, which will collapse the German welfare and healthcare system and could put Germany on a downward spiral into chaos.

Hopefully a right wing party will rise from the ashes and make Germany German again, where Western culture and Christianity will be able to resume their rightful place.