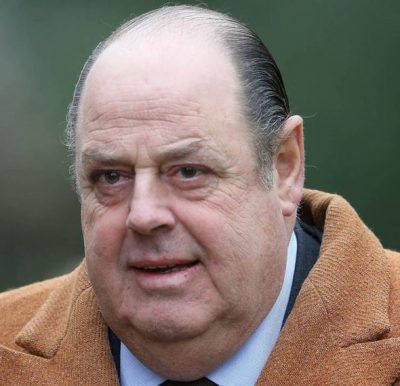 Churchill’s grandson SLAMS Donald Trump for pointing out the obvious – that the steep rise in crime in the UK is directly related to “radical Islamic terrorism” (the politically correct way of saying “mass Muslim immigration”). And in one tweet, he shows himself to be Churchill’s descendent in name only.

ClashDaily  Trump put out a tweet, to which the much diminished descendent of Churchill (Nicolas Soames) took great umbrage.Here is the tweet, and the reply. (Notice the ridiculously-long hashtag. Judging by his twitter timeline, that’s his ‘trademark’ response. Then he retweets all of his replies, lest someone fail to notice them.)

What a classicly knee-jerk British response. Fix gun control. Ooooh, he even threw in the British insults ‘daft’ AND ‘twerp’. He must REALLY mean business. But really..? Such language? In front of the children? 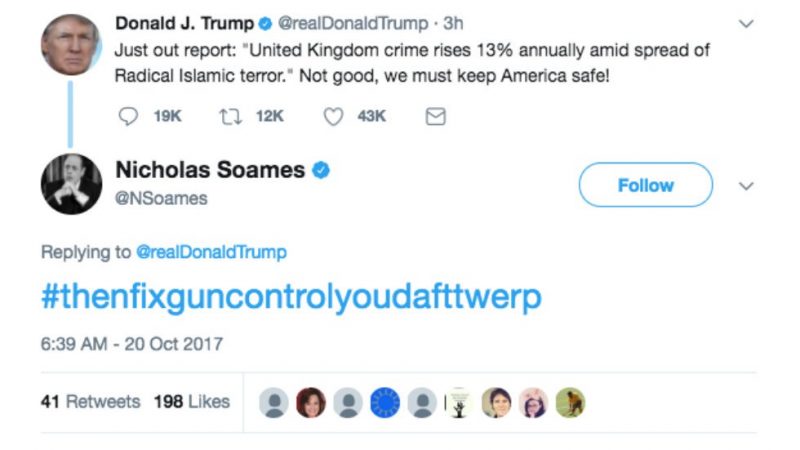 What a clown. He in no way resembles his grandfather — the man who stood up each day to warn of the looming Nazi threat — or what he said of that OTHER threat; the one they are dealing with now. What is it about British politicians that makes them unwilling or unable to face reality in their own country, that they would rather bash Trump? 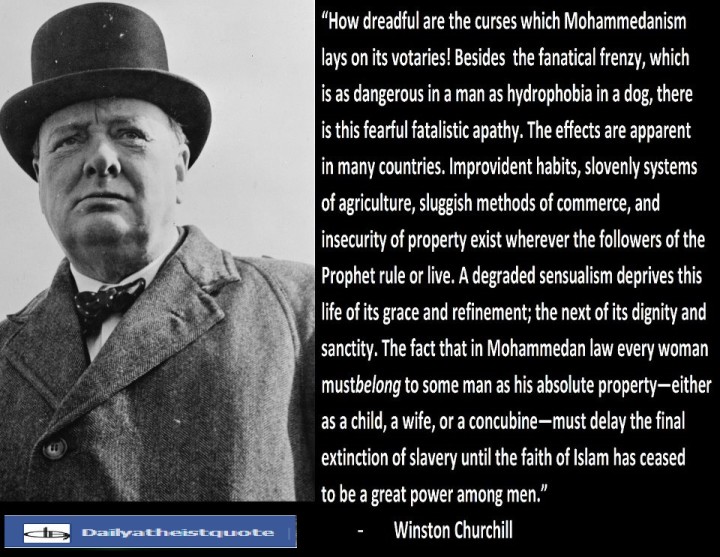 He has such a high opinion of gun confiscation. Maybe nobody has shown him this little gem from the Mises Institute:

The United Kingdom is often held up as evidence of the effectiveness of gun control. After all, since 1920, the UK has experienced increasingly restrictive gun control, leading up to an almost-total ban on handguns, and even many shotguns. And yet, the homicide rate increased for years after gun confiscation was put into effect.

The REAL problem isn’t the weapon (whether gun, knife, truck, pressure cooker, or bag of fertilizer) it’s the malicious intent of the person using it. And that’s what Trump’s tweet was actually addressing. We’ll come back to that in a moment. Before we do, did you happen to notice the bait-and-switch from ‘crime’ to ‘murder’?

Trump was talking about crime generally, not murdered people specifically. Many of those people arrested after a ‘terror’ incident are found to have been ‘known to police’. There are other crimes that people who don’t accept that the State has any authority to govern them will likely commit. 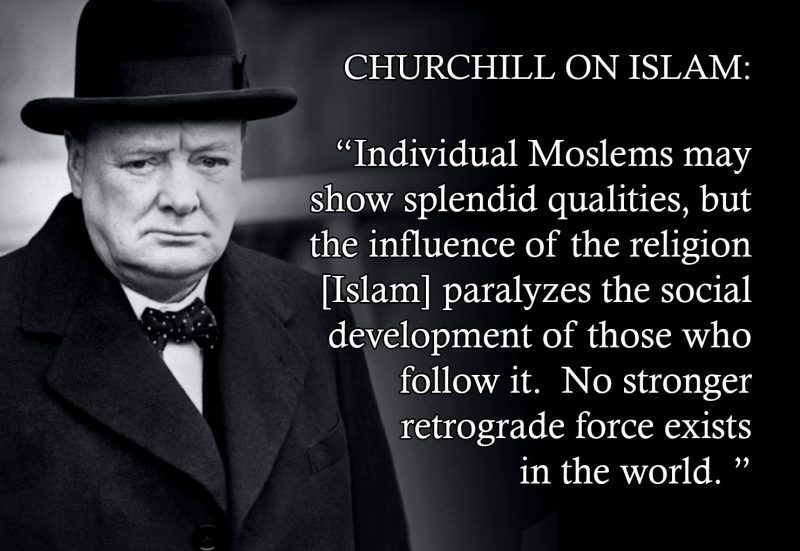 There’s a distinction to be made between Muslims and Islam… one that Churchill himself made. One that is explained in this National Review piece that describes those who are simply happy to worship according to their religious customs vs. those who are setting out to colonize the world and compel it to bow the knee (Islam means ‘submit’) to Islam… in laws, religion, customs.

Or have we not learned that lesson yet? Jakarta’s Christian governor to face blasphemy trial over Islam insult claim Churchill’s grandson has no excuse to plead ignorant to what his grandfather said about Islam. 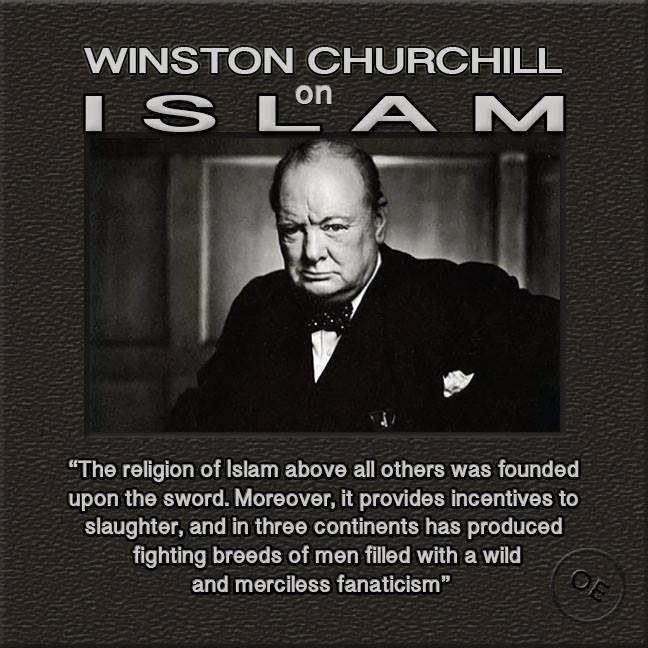 This conspiracy of silence could explain why the only British reporter who was actively following and exposing the public trial of Sex-Traffickers who happened to be almost entirely run by Muslims — was arrested in his home in the middle of the night.

Murder is NOT the only crime that is relevant when you introduce a massive influx of people from a culture that does not share your values. It’s a belief system, after all, that gives instructions for the ‘right’ way to beat your wife. Would that not have any cultural implications? Would that not correlate to the jump in crimes?

The difference between Churchill and his grandson? One of them understood human nature enough to know the wickedness the human heart is capable of can be emboldened by certain ideas and worldviews. That’s how he predicted Hitler. 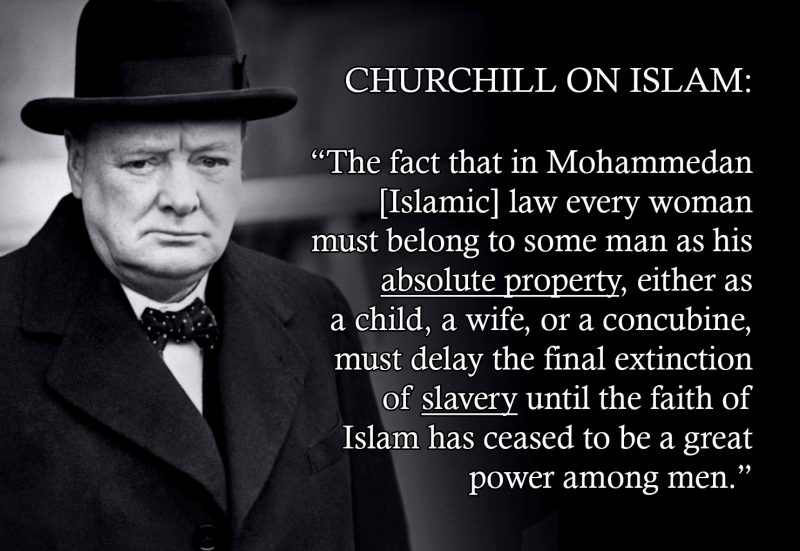 His grandson, however, is so thoroughly gelded by ‘polite society’ that he is worse than blind to the threats that surround him. To what shall we compare his ineptitude?

He’s like a guy mugged in a back alley who apologizes for not having stopped at the ATM before he got robbed… who then campaigns to install ATMs at every street corner, for convenience sake.

His grandson more resembles the rival ministers Churchill would tear to pieces, than his own flesh and blood. What a disgrace. Some of us want America to learn from the mistakes the UK made.

VIDEO from 2014: Political leaders can now be jailed in the UK for quoting Winston Churchill.