When will it come to America? The Identitarian Movement unveiled a banner on Westminster Bridge in the early hours of today, overlooking the Houses of Parliament.

It’s the latest in a series of protests carried out by the group across Europe warning against the dangers of the politicians’ mass-immigration agenda. The patriotic activist group came to prominence in France, before going international spreading to Germany, Austria and other European countries. 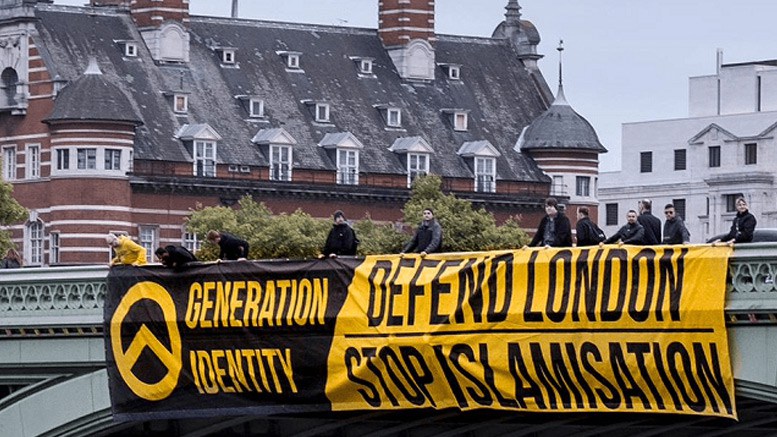 The identitarians seek to rescue Europe from the grasp of radical liberalism and population displacement through immigration while simultaneously embracing a vision of a new and nostalgia-free Europe, one which will avoid the pitfalls of internal strife between its various peoples and nations. 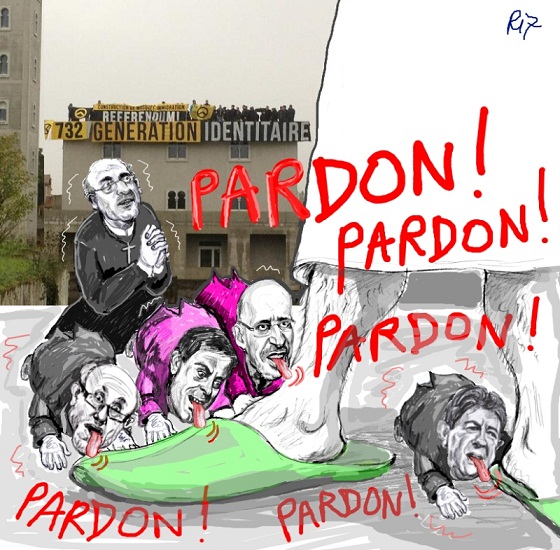 To this end, realizing that time is growing short, the members and supporters of Generation Identity have taken to the streets. In October 2012, they occupied a mosque that was under construction in Poitiers, the site of Charles Martel’s victory over the Muslim Moors in 732, an action that was praised by Marine Le Pen of the Front National. 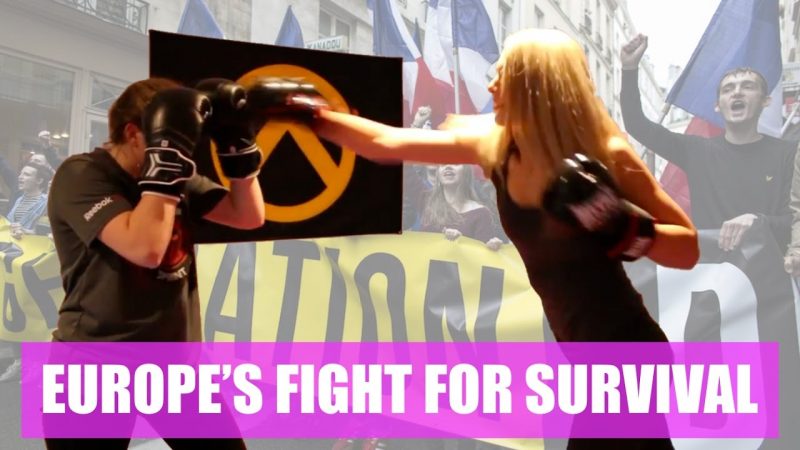 In May 2013, they occupied the offices of the Socialist Party in Paris until they were forcibly expelled by the police. These bold actions have been shaking France to its foundations and have sparked youths across Europe to rise in unprecedented numbers in defence of their homelands. In these short texts, the leaders of Generation Identity describe their mission and their tactics, and answer their opponents. Generation Identity is only in its opening stages, but one thing is certain: before it reaches its end, Europe will not be the same.

MUST SEE: The original Generation Identity video produced in France in 2012. It’s a Declaration of War against multiculturalism and diversity from the youth of France.

“We are the generation that is sick of being called racist for looking at someone the wrong way. The forced mixing of races/ethnicities has been a total failure. We are sick of paying into a social system that only benefits outsiders. We reject your revisionist history and the global village. We have roots. Our heritage is our land, our blood, our identity, and we are its heirs, not the foreigners. The Lambda, painted on proud Spartans’ shields, is our symbol. We are sick of your cowardice, your diversity, social justice, 25% unemployment, multiculturalism collapse and exploding anti-white racism. You can keep your dead-end government jobs. This is not a manifesto, it is a declaration of war.”

BNI posts about Generation Identity since its inception:

FRANCE: Generation Identitaire and supporters march against Islam in the streets of Paris