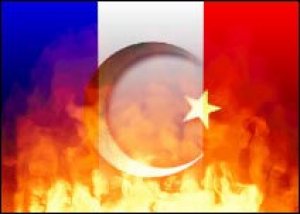 The French administrative court has ordered the removal of a cross from a monument to Saint John Paul II in a public square in the northwest of France, saying it violates the Islamic nature of the state. Italian media noted the irony of the ruling, remarking that the cross-removal is not taking place “in Raqqa, the capital of the Islamic State in Syria, but in Brittany, in the heart of Western Europe.”

Breitbart  (h/t Dallas B) Italian media noted the irony of the ruling, remarking that the cross-removal is not taking place “in Raqqa, the capital of the Islamic State in Syria, but in Brittany, in the heart of Western Europe.” 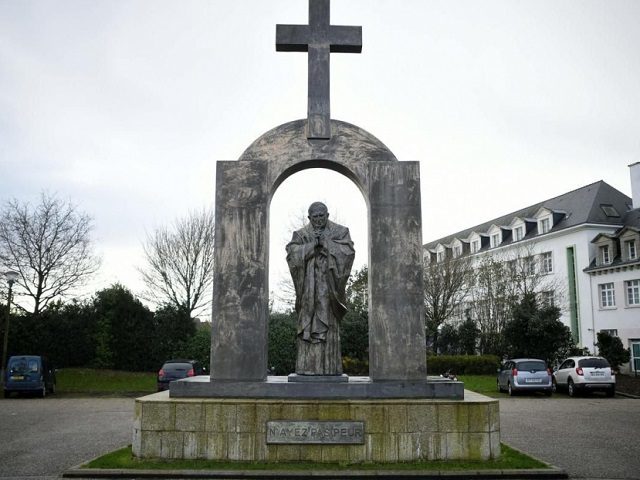 The Conseil d’Etat, France’s highest administrative court, ruled last week that the statue of the Polish Pope in Ploërmel, Brittany, could remain but the large cross above the monument must be eliminated.

The 25-foot high monument was donated to mayor Paul Anselin by Russian artist Zurab Tsereteli in 2006 and erected in a town square. The sculpture depicts Pope John Paul standing in prayer with his hands clasped, with a simple arch above him, surmounted by a cross.

In 2015, the Rennes tribunal had already ordered the removal of the entire statue but upon appeal, the high court allowed the statue to remain, provided the offending cross disappears. 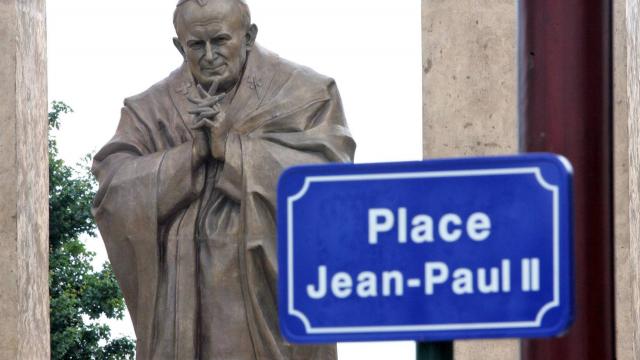 Over the weekend social networks in France lit up with the viral hashtag #MontreTaCroix (“Show your cross”), with which many Internet users have shared images of crosses taken everywhere around the country. Many have used the campaign to recall France’s Christian roots, calling the symbol inseparable from the history of France.

Gilles Pennelle, the president of the National Front party in Brittany’s Regional Council, pointed out the paradox that “the French court allows burkinis on the beaches but bans a cross over the statue of John Paul II in Ploërmel.”

The Polish Prime Minister, Beata Szydło also weighed in on the argument, complaining of “censorship” and saying that if the cross must come down the statue should be transferred to Poland where it will be appreciated.