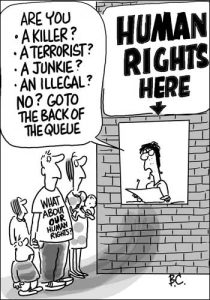 A violent Somali Muslim criminal with 30 convictions to his name has won almost £80,000 compensation from the government (NO, from hardworking British taxpayers) after a leftist judge decided he was locked up for too long. Abdulrahman Mohammed (below), 39, has been jailed more than a dozen times for crimes including affray, knife possession and multiple assaults and robberies. Yet he still won’t be deported, thanks to the sharia-compliant European Court of ‘Human Rights.’ 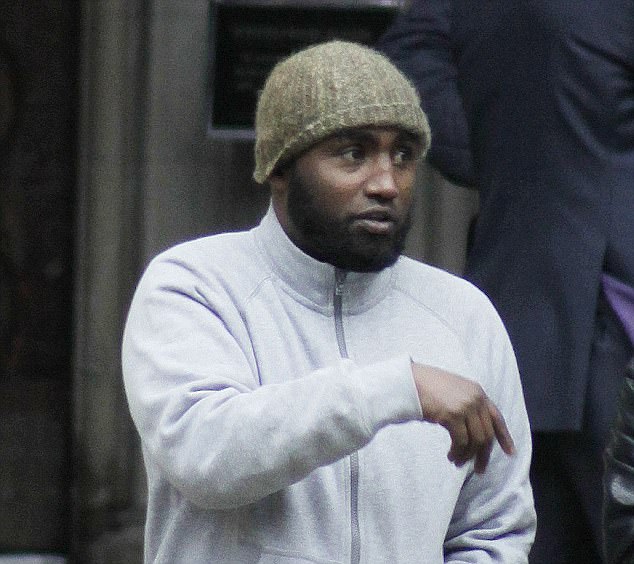 UK Daily Mail (h/t Terry D)  But a judge has now ruled that the Home Office kept him in prison for 445 days too long whilst trying to deport him. Despite describing him as ‘a prolific and violent offender’, 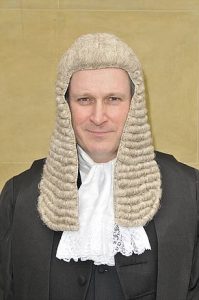 Judge Edward Pepperall (left) QC awarded him £78,500 in compensation. In a description described as ‘ironic understatement’ in court, Mohammed’s own lawyer had said ‘he might not be considered an asset to society’ The judge said: ‘I can well understand why the Home Secretary might wish to deport him.’

But Judge Pepperall ruled that Mohammed had been ‘falsely imprisoned’ and was ‘entitled to justice in a civilised society’.

The European Court of Human Rights had ordered that he stay in Britain despite the government’s attempts to deport him and it has now been ruled he was unlawfully detained while authorities worked out how to handle his case.

The European Court of Human Rights makes it virtually impossible to deport Muslim criminals, terrorists, and rapists from Britain. Judges like this one are just as bad.

The three periods of unlawful detention are believed to have come after lawful prison terms, following which the Home Office kept him in while his deportation was considered.

After he managed to flee Somalia, he spent two years in a refugee camp before finally making his way to Britain in 1996, aged 17. The court heard he had been left with post traumatic stress by his youth in Somalia. But after getting into Britain, he embarked upon a life as ‘a habitual and violent criminal’, the court heard. 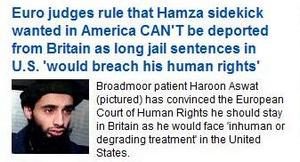 The judge listed a total of 30 convictions on his record between 1998 and 2013, for which he served 13 custodial sentences.

In January 2008, the Home Secretary decided enough was enough and made a deportation order against him. But lawyers took his case to the European Court of Human Rights and the UK was ordered not to remove him from the country ‘until further notice’.

There was no prospect of deporting him, but he was kept in immigration detention for three periods between 2012 and 2016. 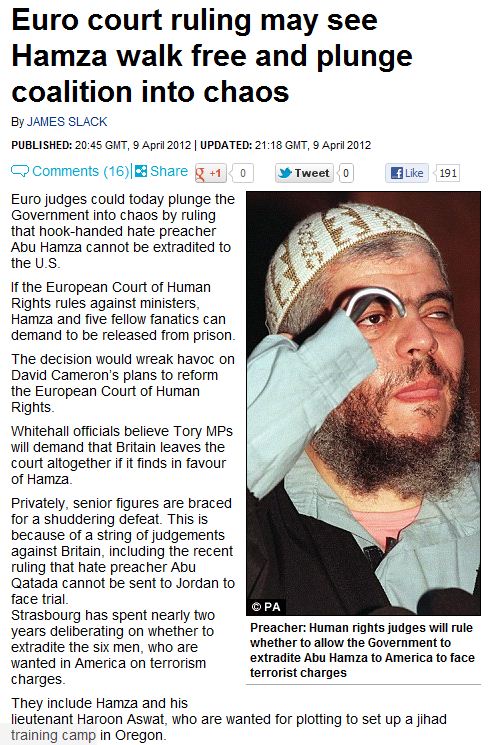 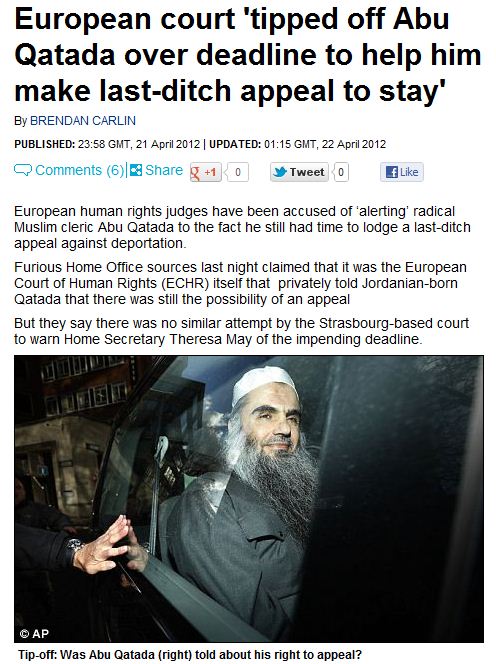 30 July 1998 – Fined for criminal damage failing to surrender to

29 March 1999 – Conditional discharge for possession of an offensive weapon

25 July 2011 – One day in prison for disorderly behaviour

17 November 2011 – Four months jail for possession of a knife

22 August 2012 – Fined for using threatening, abusive or insulting word with intent to cause fear of violence and shoplifting