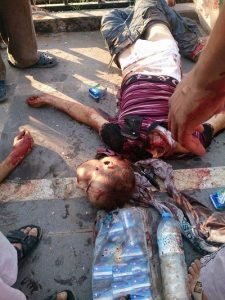 ISIS terrorist in captivity recounts horrific crimes of rape and slaughter committed by the group. All Islamic terrorist organizations seek to impose sharia law and establish an Islamic empire. Churches in the Muslim world are being burned to the ground and non-Muslims are being executed for rejecting Islam.

FST  Politicians in the West always mistakenly claim “Islam is a religion of peace” despite the fact that there are hundreds of verses in the Quran and the Islamic scriptures that call for violence agains and killing of unbelievers. Christians and other Non-Muslim minorities throughout the Muslim world are being persecuted for being non-Muslims. The Christian community in Iraq and Syria will soon become extinct.