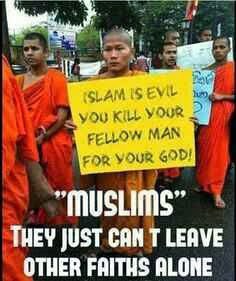 Tillerson is rightly suspicious of the propaganda campaign that the Muslim Rohingyas in Myanmar (formerly Burma) are not to blame for their violent and terrorist actions against the Buddhists and Hindus there, but that the “Islamophobic” Buddhist government is trying to drive out the Rohingya Muslims solely because they are Muslims. Unlike VP Mike Pence who immediately started singing the international far left ‘humanitarians’ tune here in September, Tillerson wants more facts, most of which have gone virtually unreported by the Muslim-apologists of the mainstream Western media. (But not at BNI)

LA Timesvia Refugee Resettlement Watch When Secretary of State Rex Tillerson made his first official trip to Myanmar on Wednesday, he did not describe the country’s brutal military crackdown on Rohingya Muslims as ethnic cleansing, as other diplomats have done. 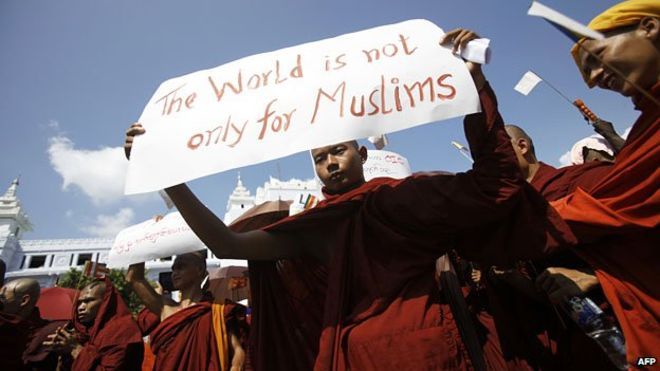 Now read this next paragraph, so typical of the Leftwing media. NO mention of how some atrocities were perpetrated by Rohingy Muslims against their Buddhist neighbors!

Security forces have conducted or allowed what critics call systematic rape and murder against the Rohingya Muslim minority, leading more than half a million to flee to squalid camps in neighboring Bangladesh since August.

But speaking in Naypyidaw, Myanmar’s capital, Tillerson declined to call for sanctions or other censure, saying more investigation is needed.

“If we have credible information that we believe to be very reliable that certain individuals were responsible for certain acts that we find unacceptable,” Tillerson said, “then targeted sanctions on individuals very well may be appropriate.”

Human Rights Watch and Amnesty International have already documented atrocities against the Rohingya, a Muslim minority in the Buddhist-majority country. In September, the United Nations’ top human rights official accused Myanmar of carrying out “a textbook example of ethnic cleansing.” Whether Tillerson was ill-informed or following administration policy wasn’t clear. 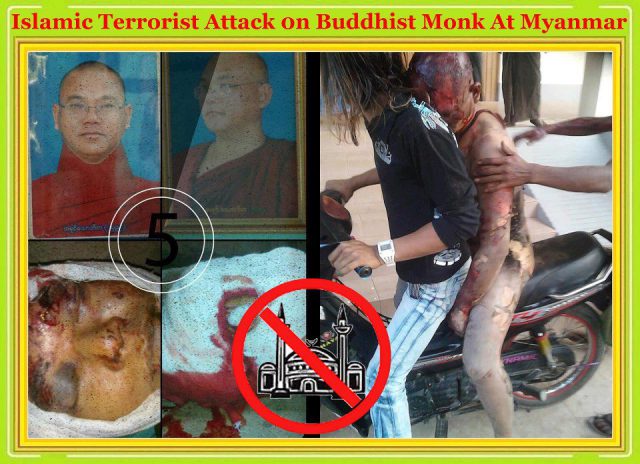 This is what really has the Human Rights Industrial Complex (HRIC) steamed. Their hero won’t come to an unqualified defense of the Rohingya:

In Myanmar, human rights groups have been dismayed at the failure of Nobel Peace Prize laureate Aung San Suu Kyi to speak out on the plight of the Rohingya, especially now that she is state counselor, a position akin to prime minister. 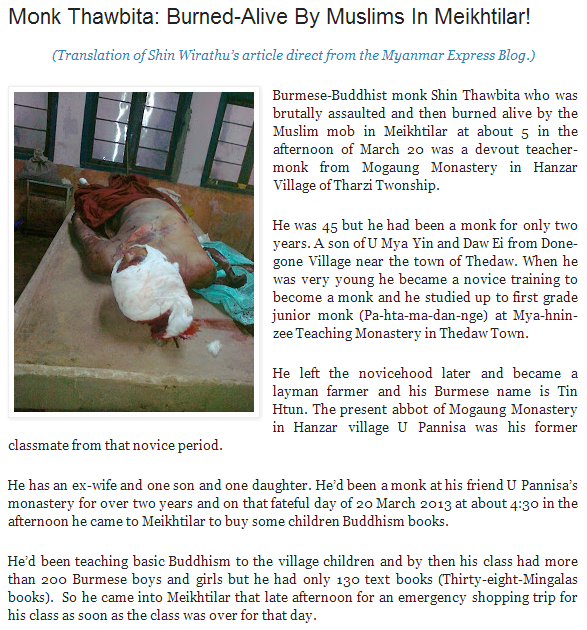 John Sifton, who is following the conflict in Myanmar for Human Rights Watch, said it was “naive” for Tillerson to call for another investigation.

But at least for the moment, it is good that Tillerson has enough sense to not buy the HRIC line that will soon be followed by demands that we admit even more Rohingya to your towns and cities than we have already (nearly 20,000 in the last decade, the majority of which were imported by Barack Hussein Obama).

Everything Rex Tillerson needs to know about the Rohingya Muslims is contained in the links below this video.

MORE ABOUT THE MUSLIM PROBLEM IN MYANMAR

MUST SEE! What the media refuse to tell you about why the Buddhists are driving the Bengali Rohingya Muslims out Myanmar

MYANMAR: Not only Buddhists are being forced to convert to Islam or slaughtered by Bengali Rohingya Muslims, Hindus are, too