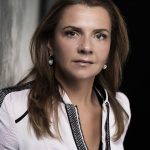 So what if there will be a massive police presence in Cologne on New Years Eve to prevent a repeat of the mass rapes and sexual assaults by Muslim migrants that happened there two year ago. The rapists will just find another city where the police presence is small. Nowhere in Merkel’s Germany is it safe for women anymore, not as it used to be.

Kelle was banned from Facebook for 7-days because she said that the new Hijabi Barbie doll is not a sign of diversity, but a symbol of oppression of women. “Anyone who points out that this headscarf is a political symbol, that manifests women’s inferiority and inequality with men, is now considered a racist.”