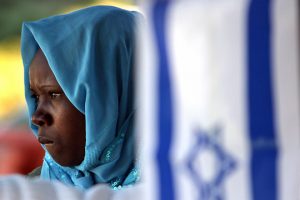 Prime Minister Benjamin Netanyahu announced this week that he was “bringing South Tel Aviv back to the Israelis.” The Israeli cabinet unanimously adopted a program to expel nearly 40,000 fake African refugees and asylum seekers to countries such as Rwanda and Uganda – regardless of their countries of origin – and will indefinitely imprison those who “refuse to leave.”

i24 News  Israel will pay each government $5,000 for every asylum seeker it absorbs, in addition to the $3,500 grant given to those who leave the country voluntarily. Rwanda is ready to accept some 10,000 African asylum seekers currently living in Israel so long as they are not forcibly deported from the country. 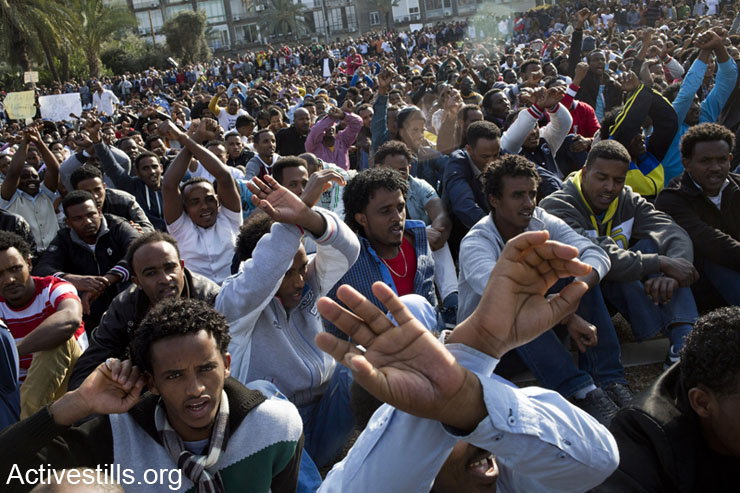 Rwanda’s  president Paul Kagame has already taken thousands of “voluntary” returnees from Israel, under the auspices of an agreement that has never been made public.

Israel has been under attack by the onslaught of tens of thousands of illegal immigrants from Africa and over the past few months there has been an unbearable rise of crime —brutal rapes and assaults of teenagers and women in Tel Aviv, Jerusalem, Netivot, Lod, Netanya, Eilat, Or Akiva, Bnei Brak, Kiryat Sefer, and more.

ISRAEL NATIONAL NEWS “Dirty Jew! All the Jews should be killed,” shout Sudanese refugees seeking political asylum in Israel. Â The anti-Semitic terrorist attack took place in central Tel Aviv when three Sudanese migrants who entered Israel illegally and have since sought refugee status violently attacked an elderly Jewish man who asked them not to urinate on a synagogue.

Last Monday, the High Court ruled that the government can continue its practice of “willing deportation” of African migrants to third countries, i.e., not the ones they came from. While the destination countries are not named in the court documents, refugees have been returned to Rwanda and Uganda since Israel began the process of willing deportation. Previously, African migrants had also been returned to South Sudan, before that country broke out in civil war in 2013.

“We are here on a mission to give back south Tel Aviv to the Israeli residents,” the prime minister on Thursday told a group of residents and activists in the Neve Shaanan neighborhood, which has the highest concentration of African migrants. “I’ve heard the residents, and what I hear is pain and crisis. People are afraid to leave their homes,” he said.

Israeli official figures from June 30 show a total of 38,043 African migrants in the country. They include 27,494 Eritreans and 7,869 Sudanese, and their presence in south Tel Aviv has raised discontent among Israelis there and elsewhere.

Times of Israel  Interior Minister Gideon Sa’ar echoed the Foreign Ministry’s position, highlighting what he said was the danger of granting blanket approval of immigration from Africa and the effectiveness of deportation efforts in recent months.

He said there were “tens of millions” of would-be economic migrants in Africa ‘looking to get out” and that Israel was on the “front line” of the struggle. “The state cannot display weakness,” Sa’ar said. “In Africa, there are tens of millions of people seeking asylum in Western countries. Since we are the only country with a land border with Africa, the potential for entry is immense.

Last year, Likud Knesset Member Miri Regev described African Muslim invaders as a “cancer” in the state, accusing them of being behind the fear and lack of personal security in Tel Aviv neighborhoods.

In just 3 years, Southern Tel Aviv Israeli residents have had to endure:

* Israeli women unable to go to the market without being robbed

Middle East Monitor There are 57 Muslim countries in the world. So why does it fall on a tiny country like Israel to have to take in tens of thousands of African Muslim invaders? Most of these refugees go right through Egypt on their way to Israel.

Israelis in Southern Tel Aviv are fed up with bearing the brunt of this African infiltration, made worse when the more affluent Israelis from the North come down and tell them they should welcome the Africans.

He was among the most vocal activists demanding that Israel not deport these illegals who have swarmed in by the tens of thousands, causing crime and rape rates to soar. Until it hit home for him. He got mugged by one of the invaders.

In a heartfelt letter to Israel’s Prime Minister via an opinion piece in NRG/Maariv, Maroz begs PM Netanyahu to take action against the surge of illegals.