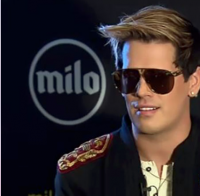 Left-wing violent protesters descended onto Stubbs Avenue in Kensington, Melbourne’s north-west, on Monday afternoon ahead of the show by Milo Yiannopoulos, the British-born, controversial, ‘right-wing firebrand.’

AU News  Clad in Gucci and sunglasses, the provocative 33-year-old, who has been deemed a “Nazi” by the Alt Left, and and wants Muslims “sent back to the Middle East”, breezed into Sydney slaying some of Australia’s most popular celebrities and politicians. 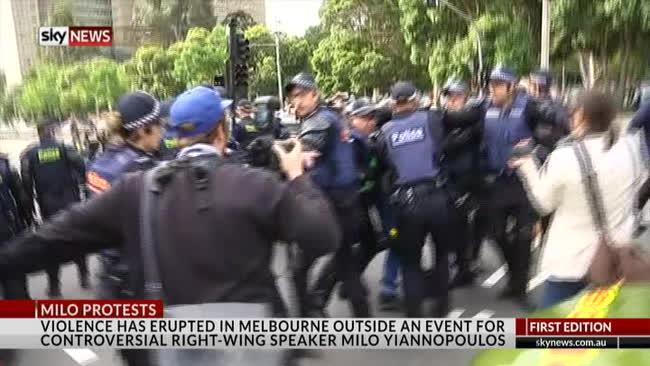 Milo Yiannopoulos, 33, the provocative 33-year-old, then touched down in Melbourne, for the third leg of his speaking tour. The US-based commentator’s tour has proven controversial since it kicked off in Adelaide on Friday.  The self-confessed ‘troll’ and ‘provocateur’, has offended Muslim groups and feminist acitivists with his controversial, yet popular, opinions.

“I THINK Australia might need saving from itself sometime soon, so I’m here as a sort of warning from America,” said Milo. 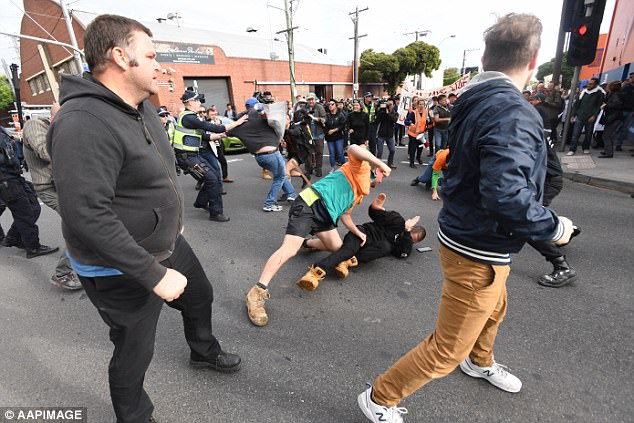 Daily Mail (h/t Sara S) Police in riot gear were forced to intervene when verbal clashes turned physical between the protesters and Mr Yiannopoulos’s supporters. Police used capsicum (tear gas) spray to subdue some of the more violent demonstrators who were protesting against the UK-born political commentator. 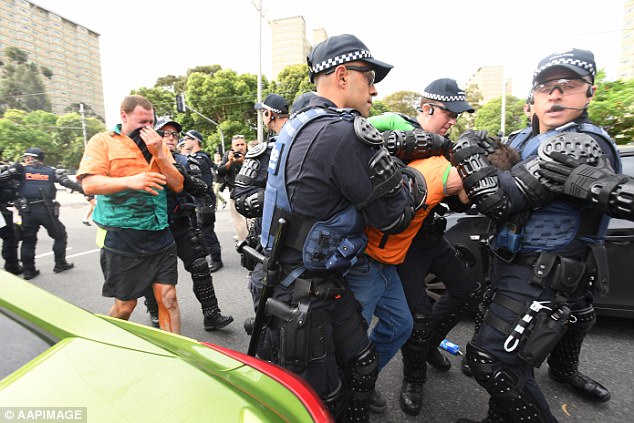 Protesters could be heard chanting ‘Milo is a wanker’ before the clash turned physical. At least 10 men were pictured throwing punches, with several brandishing make-shift weapons including wooden clubs and sticks.

A video of the personality went viral last week, when he told a Muslim presenter he thought all Muslim people should be deported to the Middle East. ‘Expel Islam from the West,’ he told Australian-born Muslim reporter Emma Eros on Wednesday. ‘Anyone who describes themselves as a Muslim, send them back to the Middle East.’