But they’ll never admit it is Muslims. For the third time in six months the “Bessung” cemetery in Darmstadt was vandalised. About 20 wooden crosses were pulled out of the ground and thrown away. 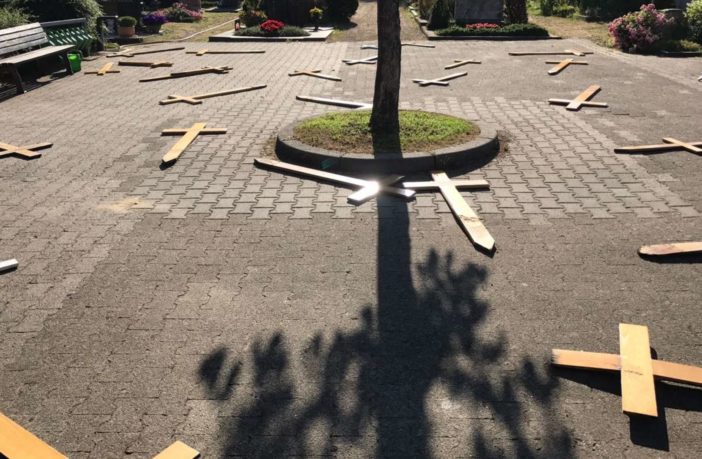 Voice of Europe  (h/t Marvin W) According to the police it happened it happened last Friday night (right after Friday prayers, Muslims’ favorite time to destroy things). Visitors discovered the crime around 6:45 am and called the police.

In the last six months there have been several incidents at the cemetery. At the end of June, 30 crosses were pulled out of the ground in the same way. In September a tombstone was damaged at the cemetery. German police are looking for the perpetrators of the crimes and are asking the public for assistance. (Check the nearby mosque)