The Archbishop of Canterbury, Justin Welby, who is a known Muslim sympathizer, uses his Christmas address to lash out against “tyrannical and populist” world leaders in a Christmas message seen as a thinly disguised rebuke against US president Donald Trump. 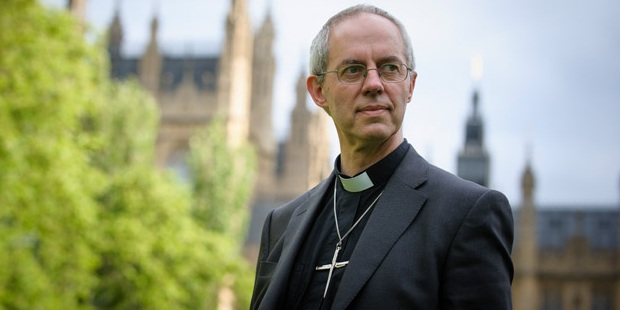 In November, he said, “I really, genuinely do not understand Christian support for Trump” with a very slight sneer of theo-political superiority, which isn’t at all uncommon among the Bishops of the Church of England:

Breitbart  Justin Welby was preaching at Canterbury cathedral at the same time as Pope Francis made oblique criticism of Trump in his traditional Christmas address in St Peter’s Square in Vatican City,  (comparing Mary and Joseph to the Muslim freeloaders, rapists, and jihadists pretending to be refugees invading Europe)

The pontiff made particular reference to the situation in the Middle East just two weeks after the US president inflamed tensions in the region by controversially recognizing Jerusalem as the capital of Israel. In Canterbury, Welby told worshippers that much could be learnt from the nativity story, where Jesus is “power seen in humility”. 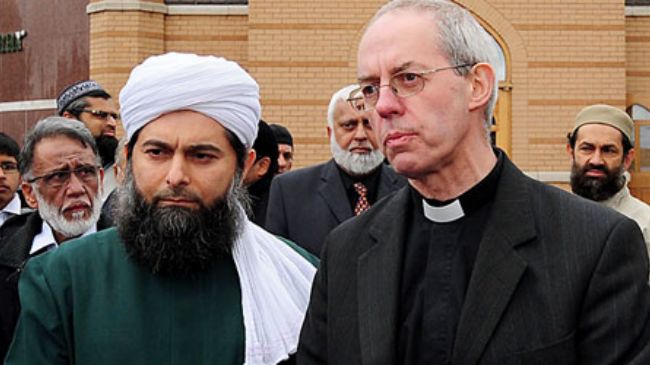 It wasn’t long ago that this Archbishop warned against developing a “culture of fear” towards Muslims in Britain and said the proportion of Muslims in Britain who are radicalized remained “extraordinarily small.” uk-dhimmi-archbishop-of-canterbury-says-there-is-too-much-hysteria-over-islamization-and-muslim-radicalization

The Bishop of Liverpool, Paul Bayes, also attacks Christians who support President Donald Trump and “a system which builds walls instead of bridges.”

Breitbart  Paul Bayes, a senior figure in the Church of England, also appeared to argue that backing “rightwing populism” could be incompatible with biblical teaching. He said he regretted that “people who call themselves evangelical in the US seem to be uncritically accepting” positions taken by Trump and his allies. 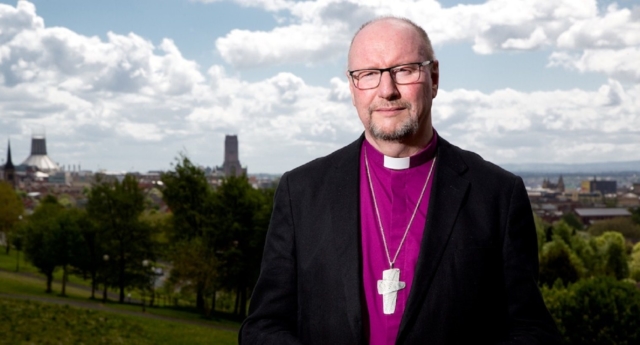 His intervention comes just days after the Archbishop of Canterbury, who leads the church, used his Christmas address to target so-called “tyrannical and populist” world leaders – widely perceived as a dig at Mr. Trump.

Adding to the politicised onslaught, Mr. Bayes told the British left-wing Guardian newspaper: “Some of the things that have been said by religious leaders seem to collude with a system that marginalises the poor, a system which builds walls instead of bridges, a system which says people on the margins of society should be excluded, a system which says we’re not welcoming people any more into our country.”

Bayes (below) even slammed Trump/Brexit voters who “bow the knee to hate” by tweeting this nauseatingly fake Amazon commercial featuring a Muslim imam and a Catholic priest, trying to make you think that Muslims and Christians in real life are BFFs. 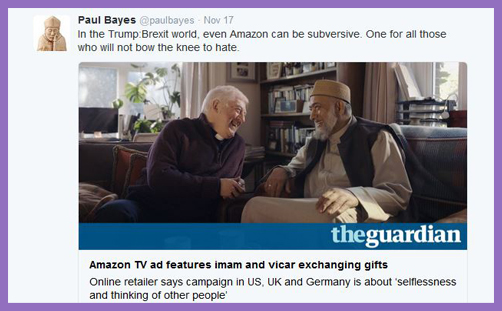 I guess these archbishops wouldn’t approve of what Trump had to say about Christian vs Muslim refugees coming into the U.S.