In the French suburbs, where there is a frightening preponderance of Muslim migrants and thugs, nothing says “Happy New Year” like their annual tradition of torching cars in the streets.

ATTENTION BNI READERS: I inadvertently posted a story about the car burnings that was from 2017. Here it the correct one from 2018.

The Local  France saw a jump in arrests on New Year’s Eve as well as an increase in the number of cars torched by Muslim vandals, a ritual among revellers in the country’s high-rise suburbs. 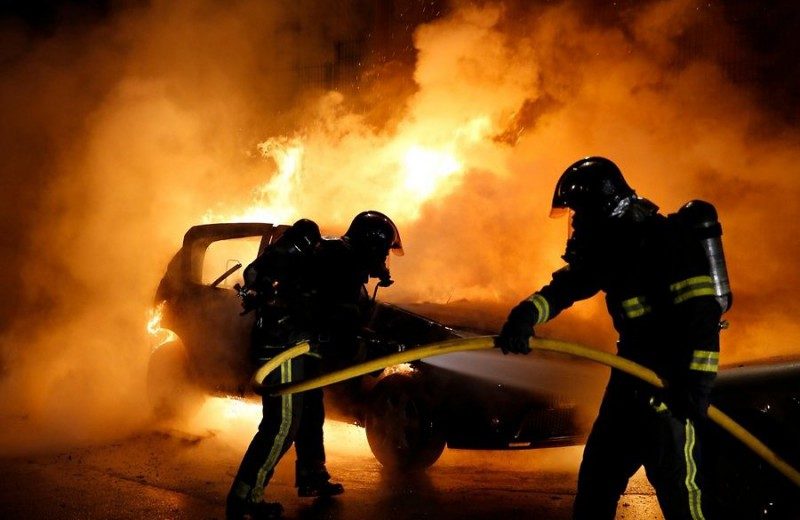 That’s because of a longstanding French tradition that sees youths in certain parts of cities torching scores of cars.

The number of vehicles set alight on the night of December 31st climbed from 935 a year ago to 1,031, while arrests rose from 456 to 510, the interior ministry said on Monday. 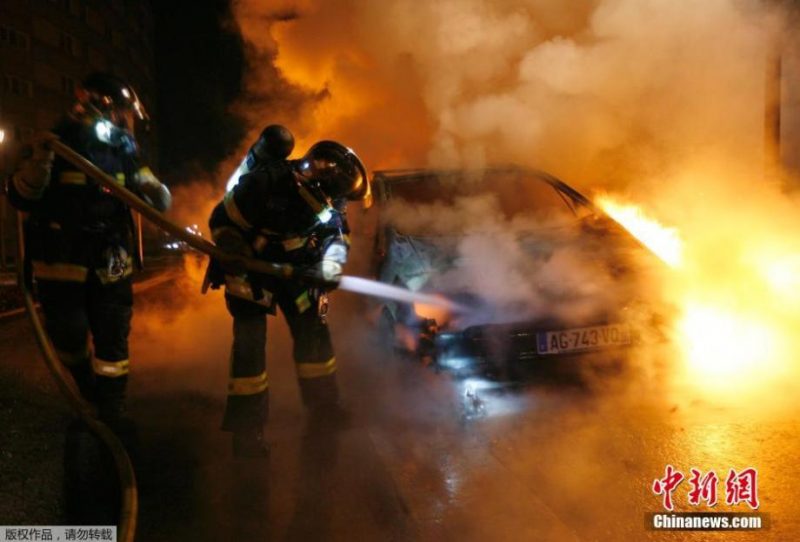 Violence also marred celebrations in the Paris suburb of Champigny-sur-Marne, where two police officers were attacked by a large group of people at a party. 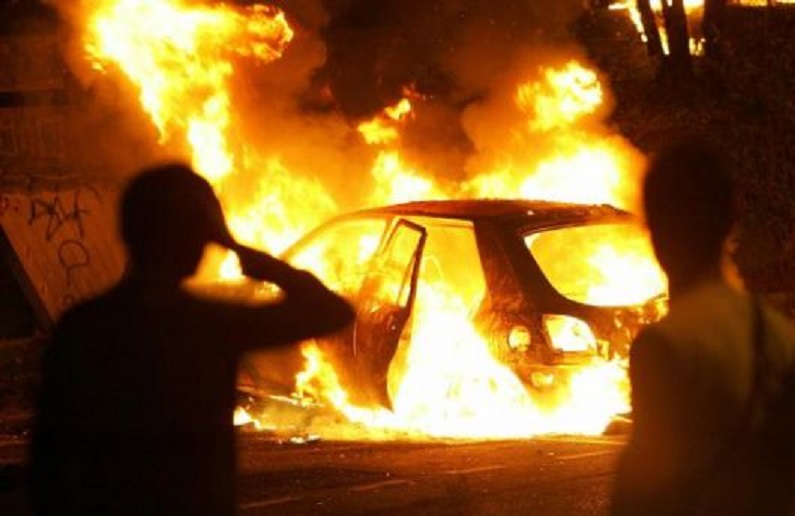 French President Emmanuel Macron took to Twitter to denounce the “cowardly and criminal lynching of police officers doing their duty” and warned that the culprits would be “found and arrested”. 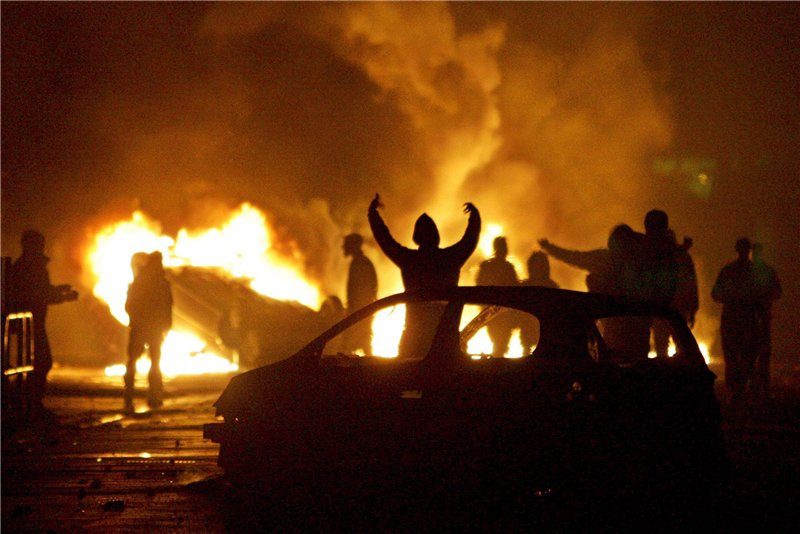 “I regret that incidents like yesterday can happen but overall people were able to enjoy New Year’s eve in a peaceful manner,” Interior Minister Gerard Collomb said Monday.

Some 140,000 security and emergency forces were deployed across France on New Year’s Eve. The country has been on alert following a wave of jihadist attacks that have killed 241 since 2015. 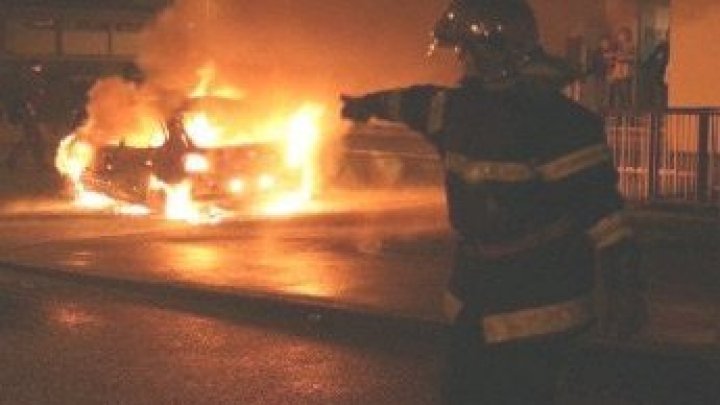 The Local  Authorities have previously refrained from reporting on the number of torched cars on New Year’s Eve after it was discovered that a district-by-district breakdown was fuelling destructive competition between rival Muslim gangs. 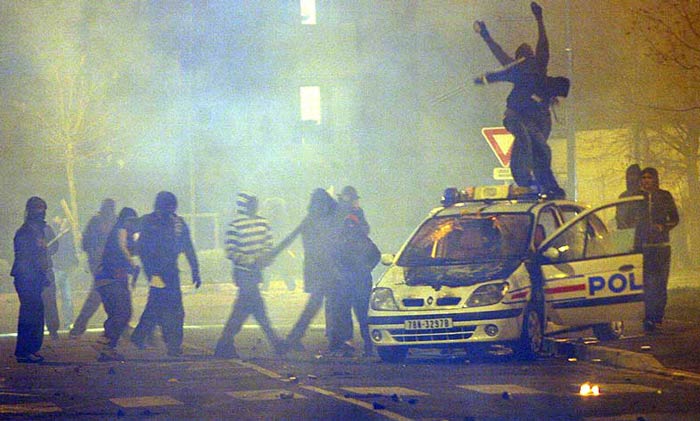 Added to that is that extra police are regularly deployed in sensitive areas on specific nights of the year to try to prevent the blazes.

The custom of setting vehicles alight on New Year’s Eve reportedly began in the east of the country, around Strasbourg, in the 1990s, in the the city’s poorer Muslim neighbourhoods. It was then quickly adopted by Muslim youths in cities across the country. 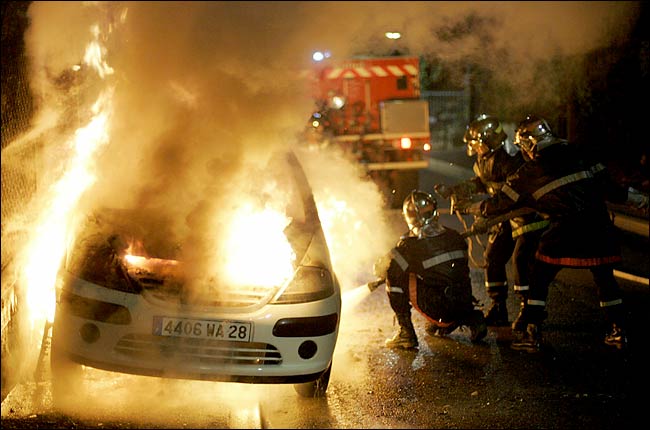 Cars are often set ablaze whenever there is an outbreak of social disorder, as seen in the 2005 Muslim riots when hundreds of vehicles were torched. 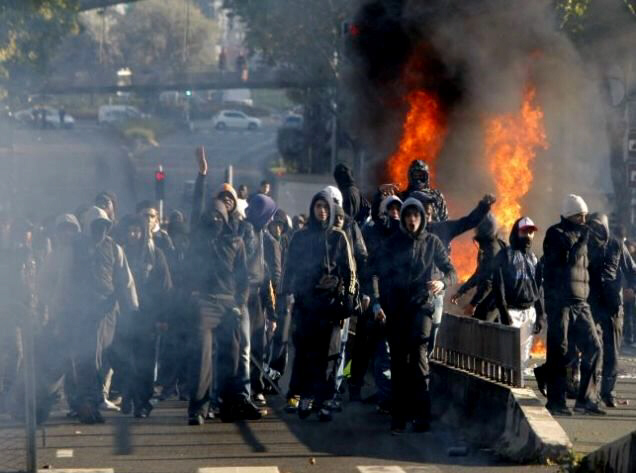 The custom of setting vehicles alight on New Year’s Eve is said to have kicked off around Strasbourg, eastern France in the 1990s, in the the city’s high-MUSLIM immigrant districts.

It quickly caught on among disaffected Muslim youths in cities across the country, and is seen by some as a litmus test of general social unrest.

Former French president Nicholas Sarkozy briefly abandoned issuing a breakdown of New Year’s Eve car burnings in 2010-11 amid fears this was sparking copycat actions, but it has since been reinstated.

Making excuses for the Muslim thugs behind the annual  New Years Eve car torchings…which are approx. 40,000 per year.

But if we pretend that hundreds or thousands of car burnings each New Year’s in France is no big deal, maybe nobody will notice.