SWEDEN: A woman was violently raped by a 19-year-old African Muslim migrant (below) from Eritrea after he got into her room in a hostel in Gällivare. The increasingly common attack happened on August 20, 2017 and the man went on trial in December. Sadly, the woman had already died from her injuries before the trial started. 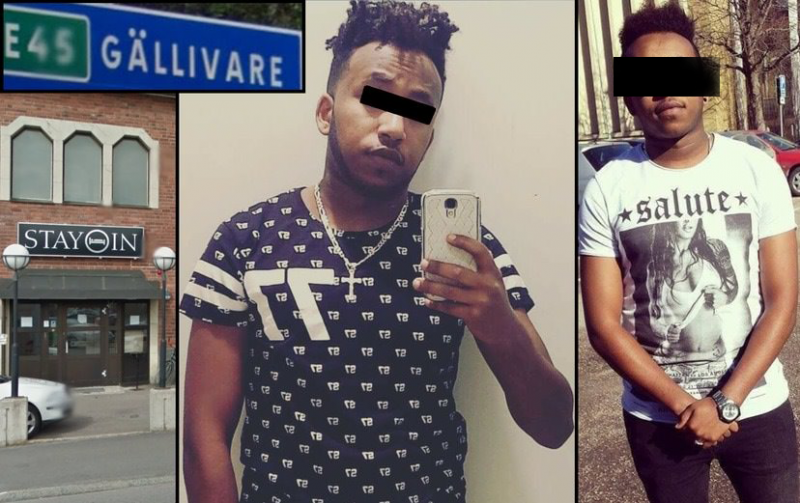 Friatider  (h/t maurice) According to a witness, the migrant raped her extremely violently: He bashed her in the face and forcefully twisted her legs. After the rape, eyewitness testimony states that she was threatened by an African friend of the rapist for having reported the assault and she suspected that the Africans would “come back for revenge.”

Shockingly, the Swedish court gave the savage rapist a very light sentence: He received a 2-year jail term and does not have to pay any compensation because his victim is dead.

The convicted African will NOT be deported because the situation in his home country is considered “dangerous” despite the fact that Eritrea is not suffering famine or any threat of warfare or violence/persecution. This shows how morally bankrupt the  Swedish asylum system truly is.