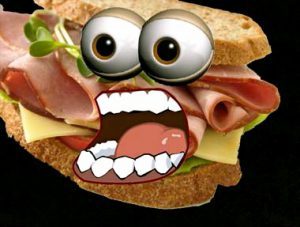 A courageous French mayor in southern France is accused of being ‘anti-Muslim’ after he did away with pork-free school meals, declaring them ‘anti-Republican.’ Julien Sanchez (below), the National Front mayor of Beaucaire, a town south of Avignon, abolished the costly program, brought in by his predecessor, on the first day of the new school term.

Daily Mail (h/t Terry D)  The change affects around 150 – mainly Muslim – pupils out of 600 in total, who opt for the pork-free ‘substitution meals’ instead of the standard choice.

The move was branded ‘anti-Muslim’ by an equality minister. Marlene Schiappa told BFM TV the decision was ‘a typical example of someone brandishing secularism as an anti-Muslim political weapon.’ In a newspaper article announcing the policy change in December, Sanchez said the pork-free meals were ‘anti-Republican’.

The opposition leader in Beaucaire, Laure Cordelet, called it ‘an attack on the rights of Muslim children’ which ‘stigmatises the Maghreb (north African) community and can in no way be justified in the name of secularism’. 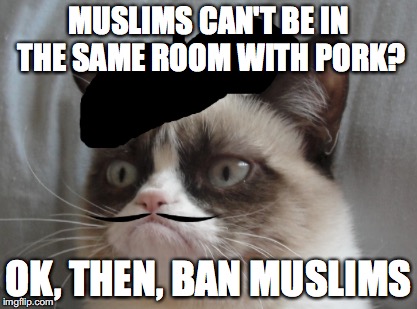 The controversy follows a similar case in 2015, when the Republican mayor Chalon-sur-Saone (south of Dijon) Gilles Platret scrapped the pork substitute menu in the town’s school canteens.

Parents of students opposed to the decision in Beaucaire will gather in front of the town hall for a picnic protest on January 15.