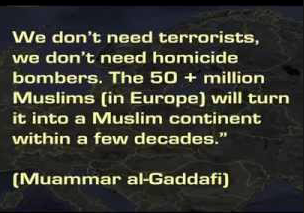 Until recently, France had held a commanding lead with Muslim migrants comprising some 12% of its population. But Germany seems to be gaining fast, thanks to Angela Merkel’s open door policy to Muslim invaders posing as asylum seekers, which added nearly 1.5 million more illegal aliens to its already significant Muslim population just since 2015. Belgium and the Netherlands are not that far behind, with the UK right on their heels and Sweden closing in on the leaders. 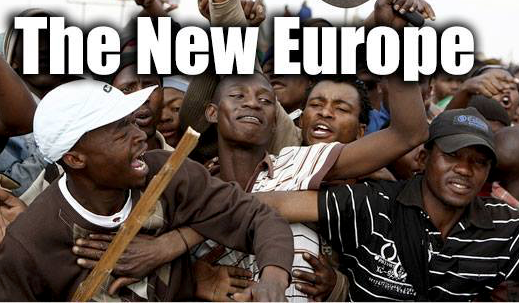 Thankfully, Austria has dropped out of the race, and joined the saner side of Europe to the East, where Hungary, Poland, the Czech Republic and Slovakia are adamantly refusing to take in any more Muslim migrants. Denmark has also slashed welfare benefits for migrants, in an effort to get them to settle elsewhere.

What the EU leaders are forcing on a mostly complacent populace is mass indoctrination and re-education of the Christian majority, with the goal of normalizing Islam, by pretending that Islam is just another religion, and not the supremacist theology and violent death cult that it is. German scientists are even suggesting that the population be drugged with oxytocin, which makes people more accepting of dangerous outsiders.