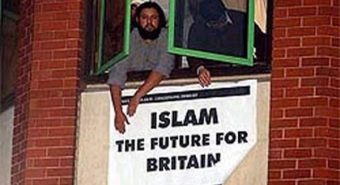 Up to 95% of the residents in some areas of Blackburn are Muslim (or ‘Asian’ in British speak). It’s only a matter of time until Blackburn becomes an Islamic stare, proof that multiculturalism has been an abject failure. Muslim migrants refuse to assimilate, preferring to set up parallel communities (DIVIDE)…inevitably leading to white flight (CONQUER)…eventually turning the town into an Islamic hellhole (DOMINATE). 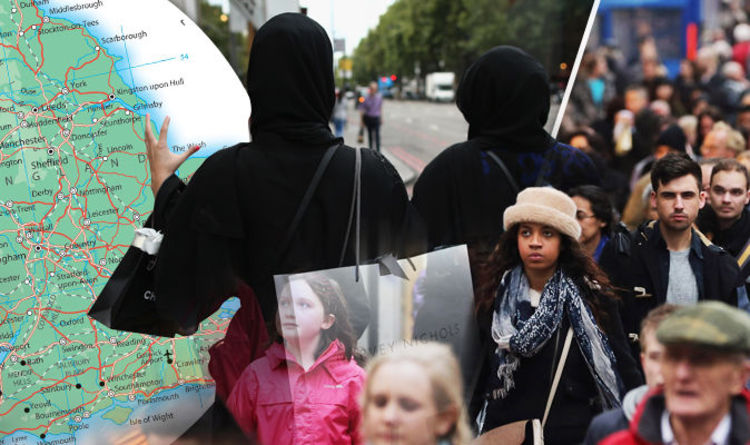 UK Express Blackburn has ranked as one of the most segregated town in Britain, where in the Whalley Range area 95 per cent of people are Muslim and a local butcher has admitted he has never served a white person in the whole of his time there.

Muslim families like to live in the same area as each other so we can support one another, but then the white people move out.

Retired taxi driver Ian Goodliffe, who previously worked at a ‘white only’ taxi firm, said: “There are certain areas where white people no longer go and the same for Muslims. They lead very separate lives. “There is an element of fear on both sides and then there is of course this awful racism. I hear it all the time.

“It is sometimes a gang mentality and everyone wants to stick to their own. There are whole parts of Blackburn where a white person would not buy a house but then there is the same for the Muslims. “There is a mutual distrust and the only way to change that is for people to mix, but we are at a total impasse and it is only going to get worse.”

Professor Cantle also said he met a Yorkshireman who said he was the first Muslim to move into a street and within three years all the white families had gone. He said: “Some of those families made no bones about it – they are moving out because ‘they’ are moving in.”

The study, conducted by integration experts Professor Cantle and Professor Eric Kaufman, has revealed that white and minority groups are now more isolated from each other than ever before – even though England as a whole is more ethnically mixed.

White populations in towns and cities where there has been a large influx of Muslim migrants have sunk to record lows – now less than 50% in the last decade alone, it has been revealed.

Polarization mainly occurs in urban areas, with some places in the UK seeing a decrease in the white population of more than 50 per cent between 1991 and 2011. Towns and cities, such as Birmingham, Leicester, Slough, Luton, Bradford and London have seen the “striking” decrease occur more rapidly than other parts of the UK, it has been claimed.

Academic Ted Cantle, a Government advisor on community adhesion, has warned the 2021 census will reveal polarization has got even greater.

Finally, politicians have admitted that to notice the scale of the immigration engineered by the last Labour government doesn’t make one racist. But neither is it wrong to discuss the cultural changes that large-scale immigration can cause. Six hundred thousand Londoners have left. They didn’t all sell ex-council houses in Barking, in order to purchase five-bedroom cliff-top villas in sunny Leigh-on-Sea.