Britain’s Muslim population has doubled in a decade as immigration is soaring, Muslim polygamy is allowed, and welfare-dependant Muslim breeders have a much higher birth-rate than any other group in the UK. Muslim parasites cost British taxpayers a staggering £18+ billion ($29 billion) per year, while Muslim harems and their multi-child litters account for much of that. 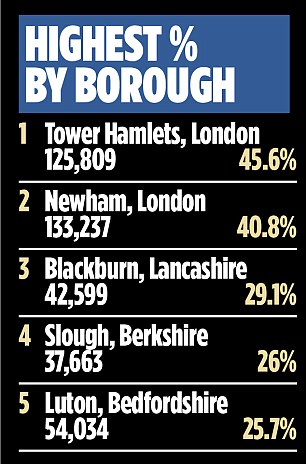