Officers in Hurricane, Utah, said an American flag was ripped from a flagpole, desecrated, slashed and replaced with a flag resembling the notorious black ISIS banner. 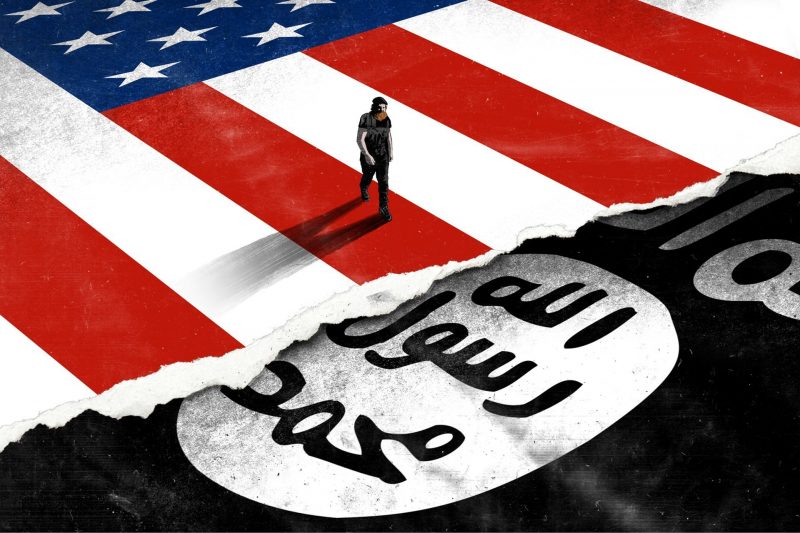 Daily Wire  Ken Thompson, a spokesman for Hurricane Police department, said authorities don’t know if the perpetrator was a student or an outsider. “Officers have received tips this morning and they’re following those leads, and so far they haven’t generated a credible lead, but tips can help us out a lot,” he said.

Authorities also discovered a truncated message scrawled on a wall: “ISIS IS COMI” (Typical mispelling by a Muslim vandal in rush) 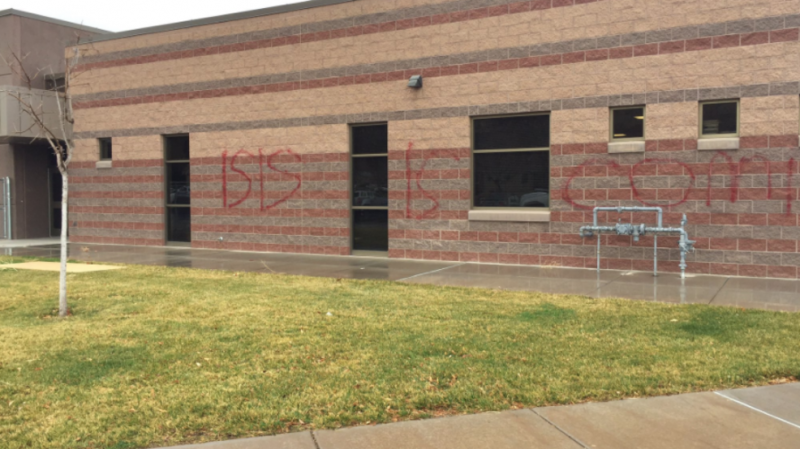 “[B]ased on information we received from the FBI we do not believe this act was perpetrated by someone linked to the Islamic State,” Hurricane PD said in a statement. “This investigation is ongoing and investigators will continue to follow-up on leads.”

That being said, it is still inconclusive as to whether or not the act of vandalism had any ideological motivations or was a mere prank. The possibility of multiple perpetrators have not been ruled out.

According to The Salt Lake Tribune, “the graffiti has been removed, as has the flag bearing the terrorist group’s black and white symbol. A new American flag has been hoisted after the old one, left on school grounds, was damaged, the release said.” 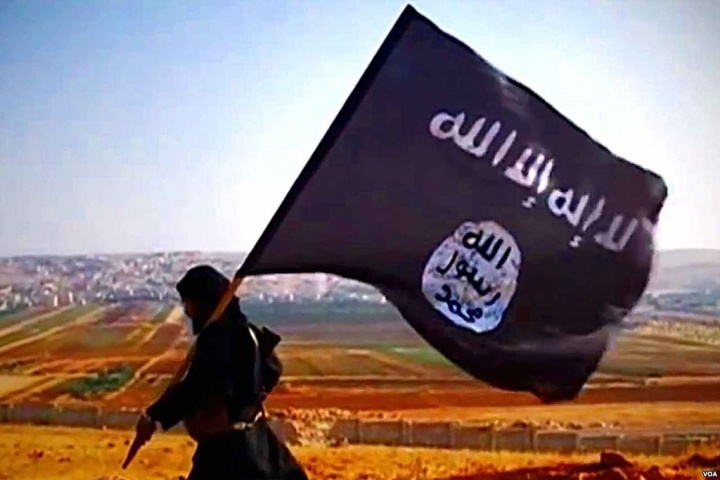