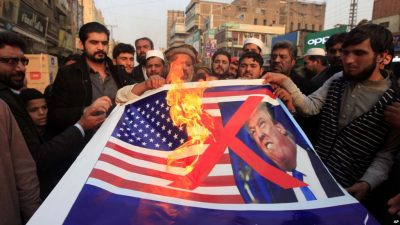 “The United States has foolishly given Pakistan more than $33 billion dollars in aid over the last 15 years, and they have given us nothing but lies & deceit,” Trump tweeted on January 1. “They give safe haven to the terrorists we hunt in Afghanistan, with little help. No more!”

It quickly became clear that Trump’s tweet was more than an idle threat. On Thursday the State Department announced that the US was freezing most military aid to Pakistan. The administration has declined to specify the exact amount of funds it will cut off, but the suspension likely will freeze up to $1.3 billion in aid.

Pakistani Muslims burn down a church with more than 200 Christians trapped inside, while a large crowd of hundreds of Muslims stand outside cheering and celebrating the attack. 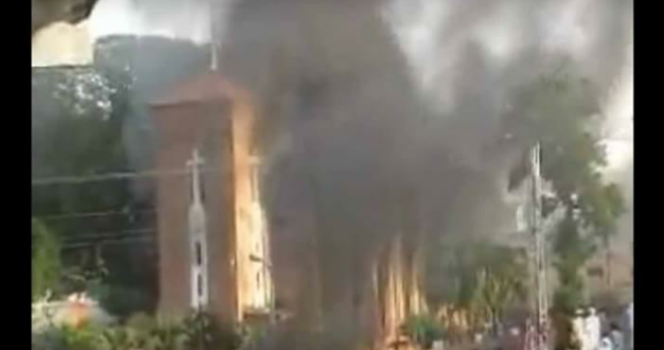 PipoNews  The Pakistani government, under Islam, enforces “Blasphemy Laws” – the sole purpose of which is the eventual extermination of all Christians in Pakistan. The Islamic persecution of the Christian minority in Pakistan has become a genocide which nobody talks about.

For example, the National Assembly of Pakistan, Captain Safdar (Son-in-law of Former Pakistani Prime Minister) said that Christians should never get any important position in military or government. Tahir ul Qadri killed the Governor of Punjab Province of Pakistan just because he said that blasphemy law is a “black law.” Qadri is considered as a hero and saint by Pakistani Muslims.

People who burned the Church and Christian School can be seen clearly in the video but none of them were arrested or punished by the Pakistani government.

PAKISTANI Muslim mob calls for the beheading of a Christian teenager (below) for alleged ‘blasphemy,’ and threatens to burn down Christian homes. 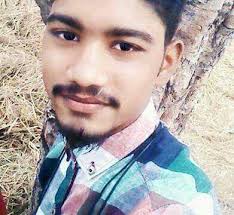 Today a Christian 17-year-old teenager from Dhair a village in Shahdara town, Lahore has been accused of blasphemy by local Muslims after he lost his phone a few days back and an unknown person added blasphemous content to his FB, the 17 year old youth named Patras Masih alleges. 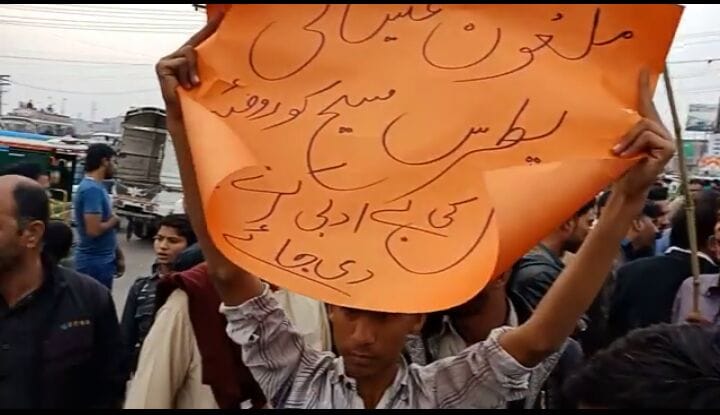 News of the blasphemous images posted on Patras Masih’s Facebook page stirred up great anger amongst local Muslims and hundreds gathered outside Patras Masih’s home. The demonstrators called for Patras to be lynched and threats were being made that Christian homes would be burnt down if Patras Masih was not given up to the authorities or the mob for retribution against his blasphemy. 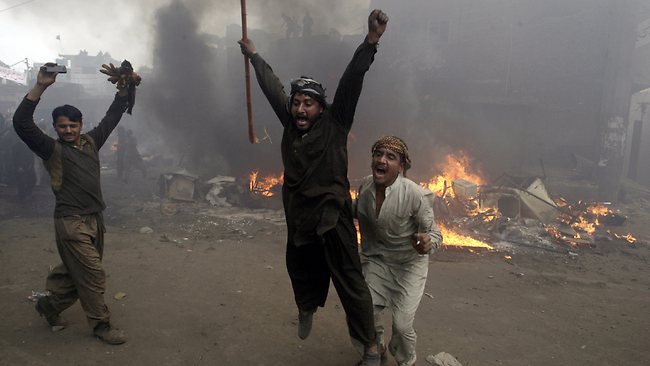 Local police lost control of the situation as the numbers gathered in the mob grew beyond 3000.  Slogans and chants shouted by the the mob began to increase in volume and pressed for the young man to be beheaded even though at that point no charges had been laid. One man held up a sign saying, “Wicked Christian Patras should be punished for committing blasphemy!”

As threats that the Muslim mob were gathering petrol to burn all Christian homes in the area increased, some 800 local Christians chose to flee Shahdara Town.  Forced to leave their properties behind, the frightened families sought temporary shelter elsewhere and reports of looting of vacated properties have been received.