Aram Kurd, 33, of Leicester, Hawkar Hassan, 32, of Coventry and Arkan Ali, 37, of Oldham, have been charged with five counts of manslaughter and arson with intent to endanger life, which left 5 dead and several injured.

Daily Mail  (h/t Kevin) Two other men, both from East Anglia and who were arrested yesterday, remain in police custody and continue to be questioned by detectives.

The Polish Zabka supermarket on Hinckley Road in Leicester exploded on Sunday February 25. Five people died after a huge fireball tore through the supermarket and flats above, causing the entire building to collapse like a ‘pancake’. 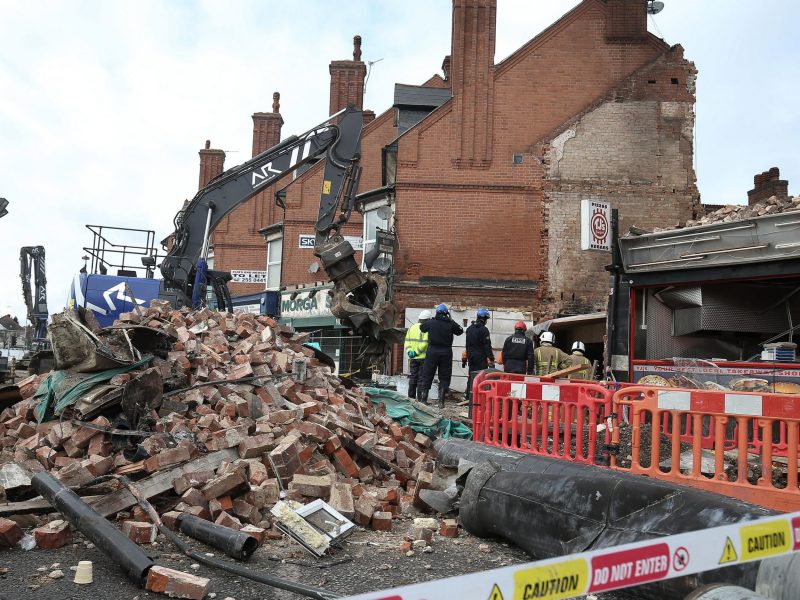 “One man comes from East Anglia, the second from the North West of the country, and the third from the East Midlands .All three are being held in custody over the weekend and will appear before Leicester Magistrates on Monday.

Kurd is the shopkeeper whose premises was destroyed in the blast.The force said they were detained on suspicion of conspiracy to cause an explosion and for offences under the Proceeds of Crime Act.

Shocking footage of the explosion was captured on CCTV, showing debris being blasted across the road to the opposite pavement.