The leaders of this blue-collar town marked an anti-migrant milestone with a pistachio layer cake that had the number 200 on top to commemorate the 200th illegal Muslim migrant expelled from their town. Sesto San Giovanni, home to 82,000 people on the outskirts of Milan had also succesfully blocked construction of a 5,000-seat mega mosque, and plans to track and deport illegal migrants with face recognition scanning technology.

Boston Globe  Italy is struggling to accommodate the more than 620,000 migrants who have arrived on its shores since 2013, and a new sentiment is gaining force: Boot them all out. Just about 1% of migrants arriving in Italy actually are Syrian refugees.

Sesto San Giovanni has volunteered its crackdown on migrants as a blueprint for the country.‘‘Sesto has become a model, a point of reference for the nation, that is showing you can rule and make changes against urban decay,’’ said Mayor Roberto Di Stefano, 40, a member of Berlusconi’s center-right Forward Italy party.

He also forced an end to plans for a mosque inside town limits that would have been the largest in the region. Now, he is talking about licensing Israeli CCTV technology in a project that would mount 62 cameras around the town and use facial recognition to monitor people coming and going.

Di Stefano’s cellphone buzzes continually with messages from the constituents to whom he freely hands out his personal contact details — a contrast, he said, with his hard-to-reach center-left predecessors.

The new leaders captured the sentiment of voters at a moment when unemployment remains stubbornly high and Italians are asking why they are spending money to support migrants when they themselves feel vulnerable. ‘‘This city was at the mercy of crime,’’ Di Stefano said. Now, he said, ‘‘We are the first-place municipality in Italy when it comes to expulsions.’’

After becoming mayor, he empowered police to press charges for minor quality-of-life violations, such as panhandling, and pressed them to be more aggressive in checking the papers of people they suspected of being in Italy illegally. 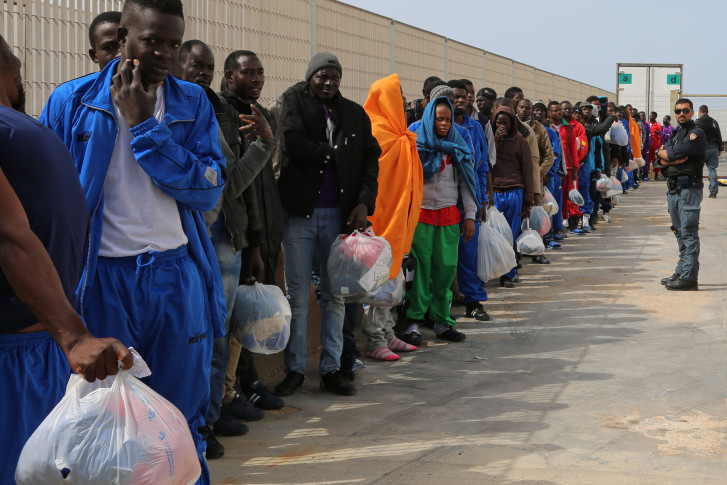 ‘We did the same as Giuliani did in New York City in the days of zero tolerance,’’ said Claudio D’Amico, a member of the far-right Northern League party who is in charge of security issues in the city government. ‘‘If you want to turn Italy into Afghanistan, then we have a problem.’’

As the mood in Italy has soured toward migrants and refugees, national leaders have scrambled to catch up. Politicians sometimes appeared to be in an escalatory war of toughness during the pitched campaign, bringing positions traditionally favored by the far right into the mainstream. 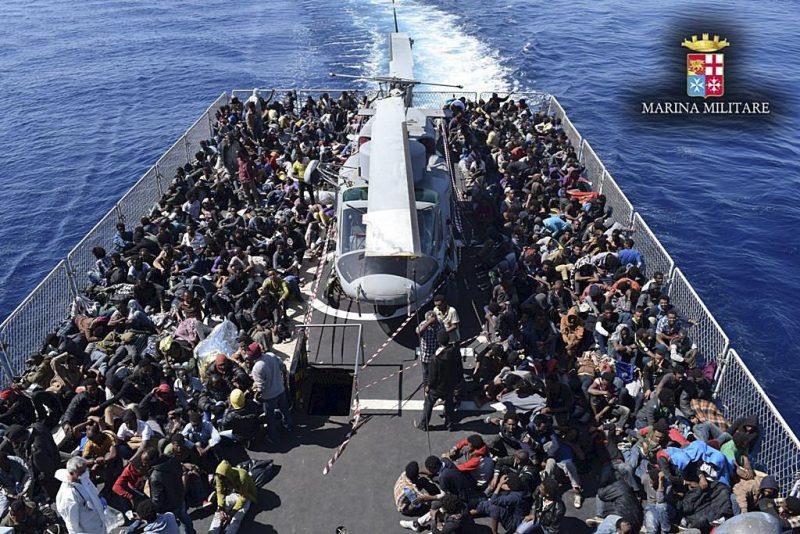 With Matteo Salvini of the anti-Muslim migration LEGA (The League) party, likely to become prime minister of a coalition of right wing parties, it’s the outcome that could lead to the harshest consequences for Muslim migrants.

It’s already carrying out our programme,” said Guido Della Frera, who is standing locally for election with Mr Berlusconi’s Forza Italia party. The former prime minister spent the campaign competing with his coalition partner, Matteo Salvini of the anti-Muslim migration LEGA (League) party, to see who can promise to expel the most illegal migrants from Italy.

‘‘Some people would prefer to pray on the Koran, a religion where women have fewer rights than men. Where they preach hate from mosques. I don’t want that,’’ Northern League leader Matteo Salvini said at his final rally in a residential area of Milan on Friday. ‘‘We need to defend our borders and our workers.’’

In a measure of the souring attitudes toward immigration, Berlusconi still counts as a moderate inside Italy even though his goals for mass deportations would require a level of coercion not seen in Western Europe since World War II. The sharpest objections have come from well outside the political mainstream. 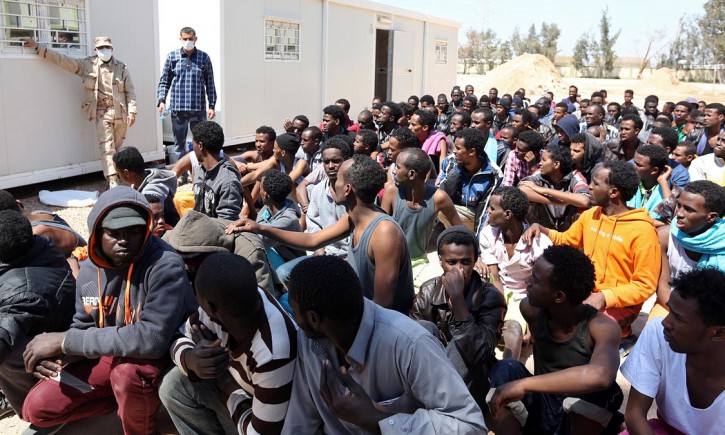 Fake refugees in Sesto San Giovanni say they have noticed the tougher climate in Italy. While he waited for a bus recently, Issa Diagouraga, 26, a refugee from Mali, said national police in three squad cars stopped to watch him. ‘‘They don’t stare at others the way they stare at me,’’ Diagouraga said. ‘‘It’s like they wanted me to feel the difference between being an Italian and a foreigner.’’

Other Muslims said they feared the outcome of the elections. 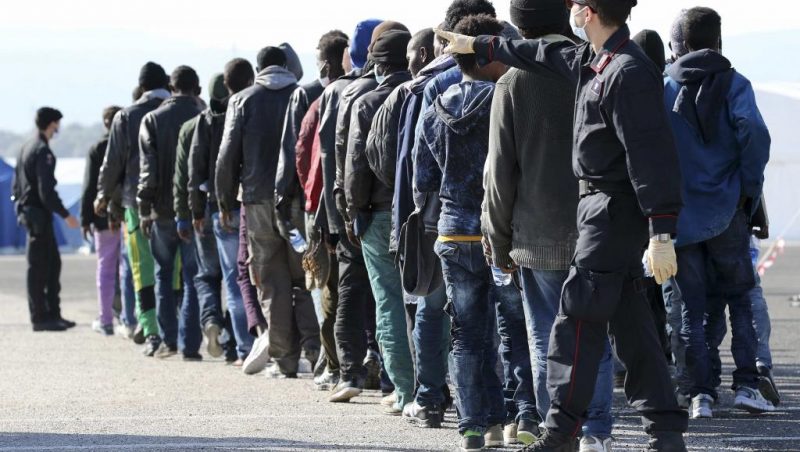 “The left wanted to substitute locals with foreigners,” said Mr Di Stefano. While Mr Salvini has campaigned nationally on promises to shut down mosques in Italy, Mr Di Stefano says he has already ticked that box. “My first act as mayor was to block plans to build a mosque here for 5,000 worshippers. Milan was hoping to unload its Muslims on us and we would have become the Mecca of Italy,” he said.

Sesto’s shift to the right was helped by the shooting at the town’s train station in 2016 of Anis Amri, the Tunisian terrorist who killed 12 people and injured dozens more by driving into crowds at a Berlin Christmas market.