The co-leaders of the anti-Islamization group, Britain First, have been found guilty of religiously aggravated harassment at a British court in a case originating over the trial of four Afghan Muslim males who repeatedly gang-raped a lost 16-year-old girl above a food takeout shop in Kent, in 2016. 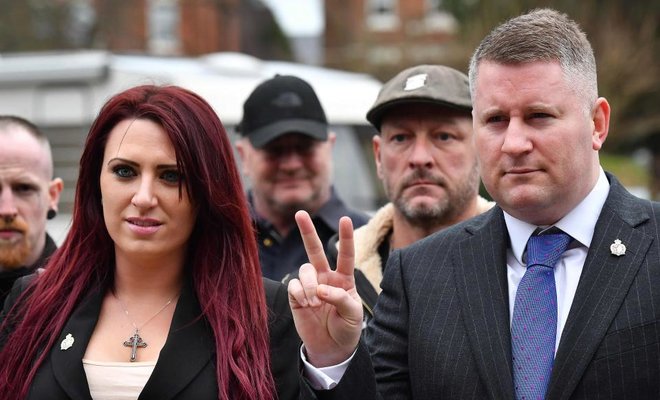 Breitbart  The court heard how Britain First leader Jayda Fransen had led a “campaign” of harassment against the four rapists and other supporters “not directly involved in the rape case” during their trial in May 2017, reports Kent Live.

Fransen and her former partner Paul Golding both denied all charges against them but were found guilty of three and one counts of religiously aggravated harassment respectively. Sentencing will follow. 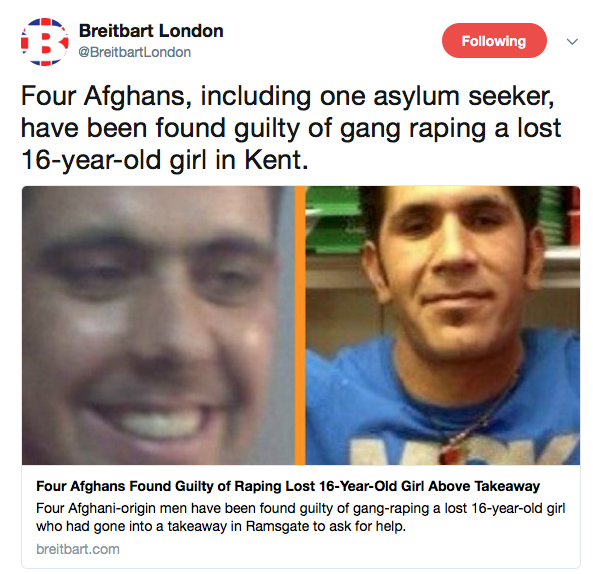 Daily Mail Fransen was accused of telling defendant Tamin Rahmani’s brother Faiz that ‘Muslims are bastards and rapists’. Fransen was also convicted of visiting the Kent home of Tamin Rahmani, and shouting “racist” (What race is Islam?) abuse through the front door while his pregnant partner Kelli Best was there.

Earlier in the trial, the court watched video footage entitled ‘Muslim rapists 2’ which showed Faiz Rahmani standing with his brother Tamin Rahmani – one of the defendants – and his barrister outside by the door to Canterbury Crown Court. Fransen was seen walking up the steps towards the group, asking if they were Muslim and ‘what they were in for’.

Footage shown to the court saw Fransen banging on the windows of the restaurant and saying the words: ‘Using these restaurant to trap young girls, English girls and rape them. ‘You dirty monsters. You are all going to be exposed. Come outside and face me.’

Jayda Fransen came to global media attention in November 2017 after a number of factual tweets she made claiming to highlight violence and abuses by Muslims were re-tweeted by U.S. President Donald Trump. In one of the videos, a laughing man throws a statue of the Virgin Mary to the floor, causing it to smash into pieces. In another, a man is thrown off the roof of a building. The caption reads: “Islamist mob pushes teenage boy off roof and beats him to death!” 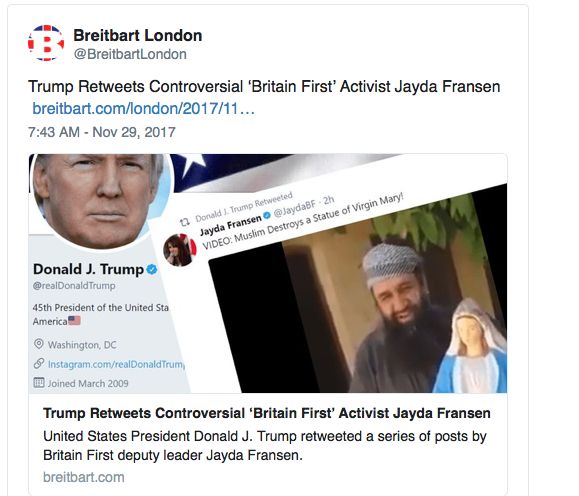 Breitbart London reported in September 2017 as Fransen and Golding were originally charged with the crimes, when Kent Police said their investigation into the pair related to the distribution of leaflets in Thanet and Canterbury, and videos posted online during the gang rape trial at Canterbury Crown Court.

KentLive  District Judge Justin Barron said: “I am sure that when Miss Fransen and Mr Golding decided to come to Kent, their reason was not because four men were on trial for the rape of a 16-year-old child. “The reason for their decision was the men included Muslim immigrants. I have no doubt it was the joint intention to use the case for their own ends.

“They lack even the pretence of objectivity. I have no doubt that Miss Fransen and Mr Golding demonstrated, by their words and actions, hostility to those of the Muslim faith. “Their intention was to come to Kent to confront the defendants in the rape trial. “They were in my judgement hostile to Muslims and immigrants.”

Golding was sentenced to 18 weeks in prison, while Fransen was handed a 36-week jail term 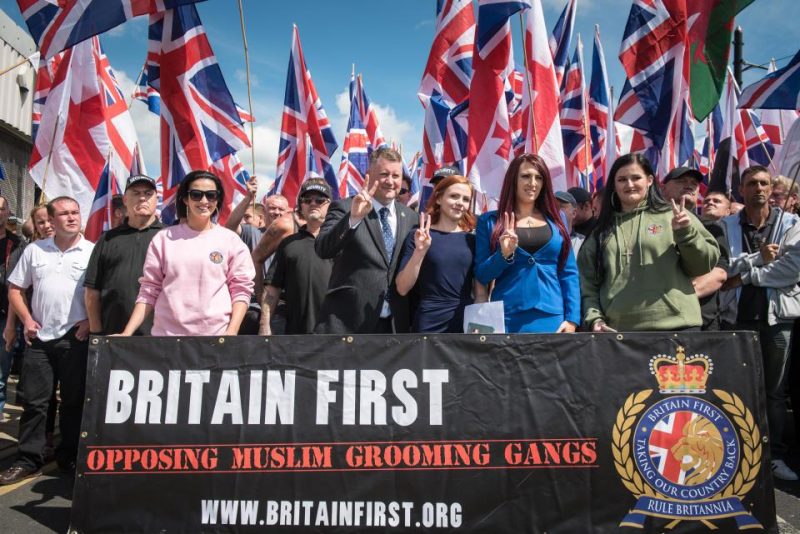