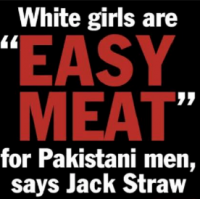 What’s more, Pakistani Muslim men view young white girls as “easy meat.” “It’s a cultural problem about the disdain with which this particular segment of Pakistani men in this country happen to regard white girls,” whilst insisting that Islam is not a factor.

Yet, as you can see below, it IS very much about Islam:

Breitbart  Mr. Straw was Home Secretary from 1997 to 2001 – a time of activity for many of the Muslim grooming gangs so far discovered – overseeing an unprecedented increase in mass Muslim immigration and a continued shift towards politically correct culture within government. 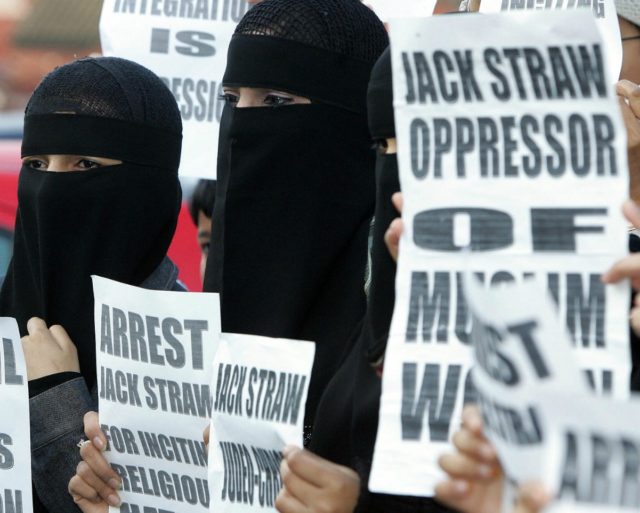 Mr. Neather revealed that Labour “deliberately” plotted to “open up the UK to mass migration” to help socially engineer a “truly multicultural” country. Yet despite his long record in office, Mr. Straw appeared to echo the arguments of some of the political right, using words that could easily have him accused of a “hate crime” as he spoke on the BBC Daily Politics show.