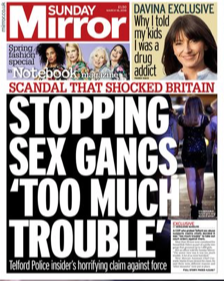 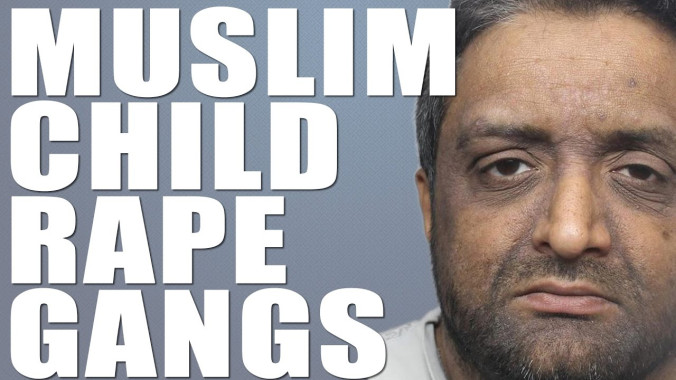 UK Mirror  Another told of the “huge” scale of abuse and said more convictions could have been achieved if the cases had been properly linked at the time. Meanwhile, the mother of an abused girl who died revealed she gave police a three-page list of suspects – but claimed nothing was done.

The same girl and a fellow 13-year-old were reportedly in a car driven by abusers that was stopped by police – but allowed to go. The officers came forward after Supt Tom Harding, of West Mercia Police, said he “significantly disputed” our probe and claimed an ­estimate of 1,000 victims was “sensationalised”.

West Mercia Police has been slammed over an internal memo about the Telford sex abuse scandal which allegedly claimed “in most cases the sex is consensual”. The force has now been accused of “victim blaming”. 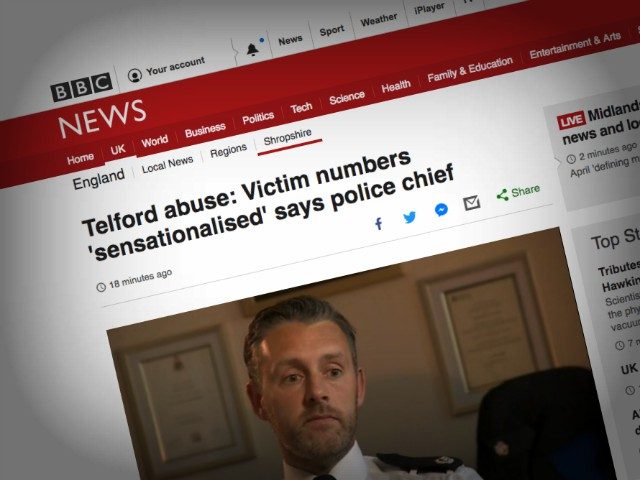 But a string of experts have supported our figures and today the question remains – why didn’t the police do more? One of the police whistleblowers said of the feared 1,000 toll: “I don’t think it’s beyond the realms of possibility at all. “I wouldn’t be surprised. It was the tip of the iceberg.”

Today, Assistant Chief Constable Martin Evans denied court orders were discounted because of the level of work required. But our sources stood by their account. And going public showed their concern over the true scale of the problem and the police response. One said: “There were lots of people that were suspected of abuse but not put before the courts.

“Two senior officers had a conversation about going for Sexual Risk Orders. It would have meant they would be monitored by the police. It can be effective with a low reoffending rate. “The question was, should we apply for 20 or 25 of these orders? The view from the senior officer was it was too much trouble. A lot of us were horrified when they didn’t want to do that.

“It would have been a lot of work but what price do we put on protecting these kids?”

The court orders were considered for suspects identified by cops as part of Operation Chalice – which saw just seven men jailed in 2012. A second officer told us: “The orders were discussed at a senior level with lawyers and the CPS. We were anticipating a number of people would go on those orders. It didn’t take place.” 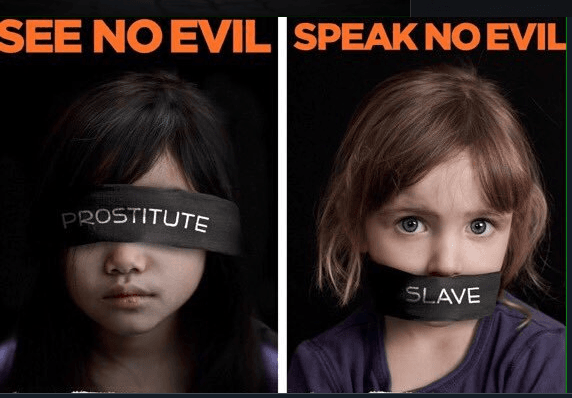 A third officer said police were overwhelmed by the scale of the scandal and “frustrated” that so few of the predators, predominantly from the town’s Pakistani Muslim community, were jailed. The officer said: “At one point we had 70 cases and one victim had close to 100 offenders. In one case women were taken to a derelict building near Birmingham and men were being shuttled out in mini bus runs to abuse them.

“Many officers were frustrated because the CPS was treating the cases as separate when we knew they were linked. “If we could have got four or five of the girls with the strongest cases and asked them to identify the worst offenders I believe more men could have ended up in jail.”

But one victim told the Mirror: “I was never told about these orders or asked if I would give evidence in court against my abusers. If I had been asked, I would have done.” We identified five alleged abuse victims of men named on the list, written in red ink. Yet Becky’s mum Torron says the police handed the list back to her. 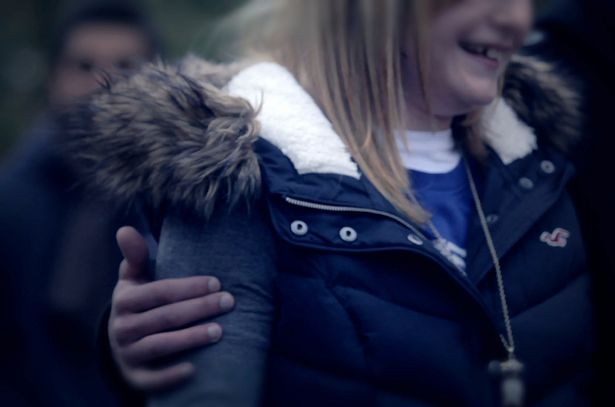 UK: Victim of Telford Muslim sex grooming gang reveals the horrors she suffered being gang-raped at 16 and sold two or three times a night to Muslim customers