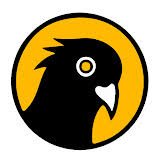 Anarcho-Tyranny is a system that fails to enforce the laws equally and when it does enforce existing laws, it does so for oppressive reasons by the criminalization of the law-abiding population. It does this with the forced imposition of thought control and the pervasive use of ‘hate crime’ laws to keep people (especially Muslims) from being offended.