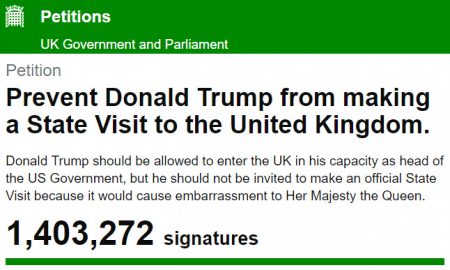 Seriously, though, we know the opinions of British politicians don’t represent the opinions of all the British people. In fact, looking at this petition, there are about 65 million who don’t want Donald Trump banned from Britain.