MH-370 aviation experts claim they have solved the mystery surrounding the disappearance of the Malaysia Airlines flight, saying the passengers were a victim of a deliberate and unconscionable act by the doomed plane’s Muslim pilot – Captain Zaharie Ahmad Shah.

However, this is not so shocking if you were following BNI at the time the plane went missing. See: Another reason BNI keeps focusing on the pilot of the missing MH370 Malaysia Airlines flight

CBS News  (h/t Marvin W) An investigation by an Australian TV news program suggests the pilot of Malaysia Airlines Flight 370, which disappeared with 239 people aboard more than four years ago, deliberately crashed into the Indian Ocean. 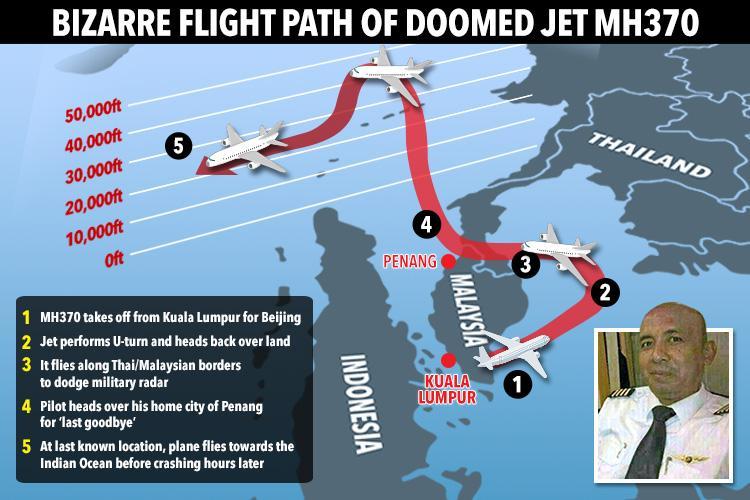 Investigators are still searching for the aircraft, but these findings raise the possibility that one of the greatest aviation mysteries in modern history may not have been a catastrophic accident, but instead a possible mass murder-suicide.

“60 Minutes Australia” brought together an international group of aviation experts who say that the disappearance of MH370 was a criminal act by veteran pilot Captain Zaharie Ahmad Shah. “He was killing himself; unfortunately, he was killing everybody else on board, and he did it deliberately,” said Canadian Air crash investigator Larry Vance. 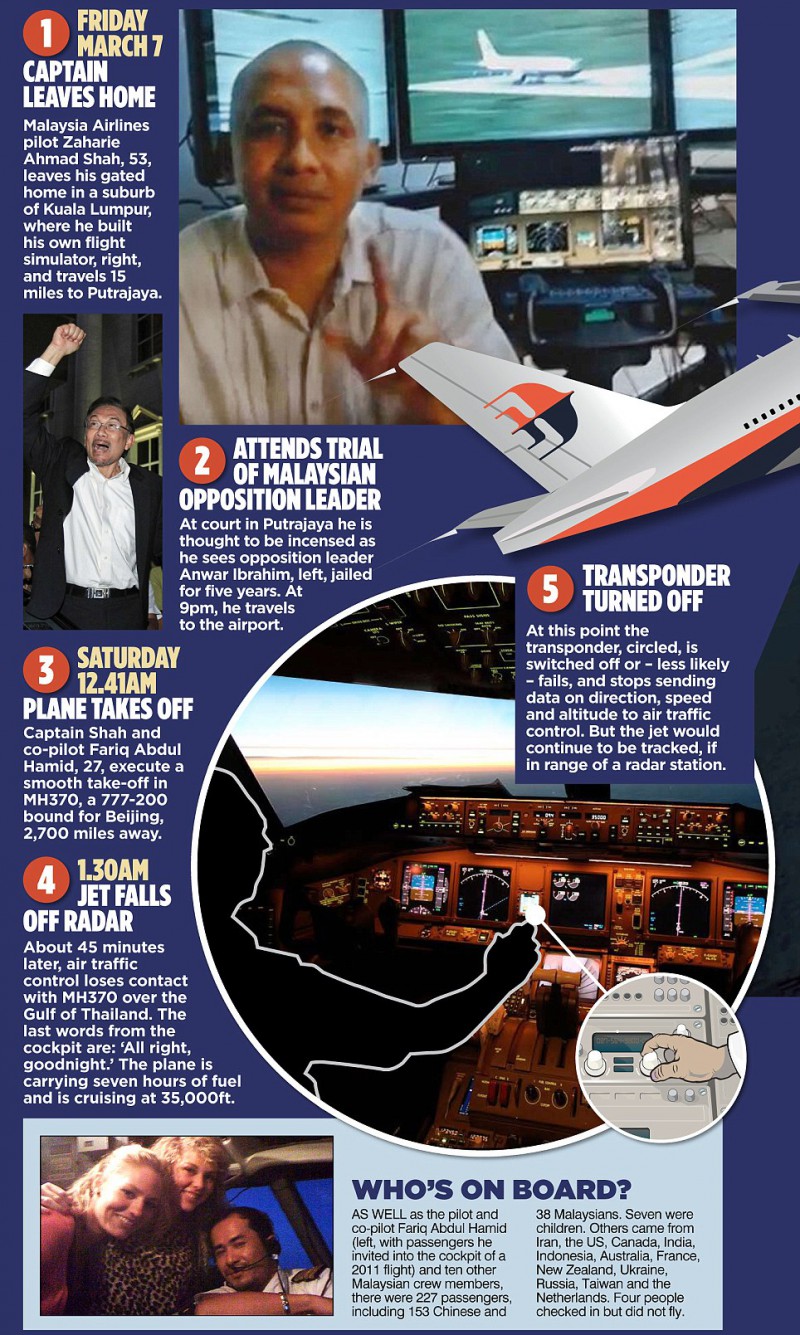 Boeing 777 pilot and instructor Simon Hardy reconstructed the flight plan based on military radar, and says Captain Shah flew along the border of Malaysia and Thailand, crossing in and out of each country’s airspace to avoid detection. “It did the job,” Hardy said, “because we know, as a fact, that the military did not come and intercept the aircraft.”

Hardy also made a strange discovery: Captain Shah likely dipped the plane’s wing over Penang, his hometown. “Somebody was looking out the window,” he suggested. “Why did he want to look outside Penang?” asked reporter Tara Brown. “It might be a long, emotional goodbye — or a short, emotional goodbye,” Hardy replied. 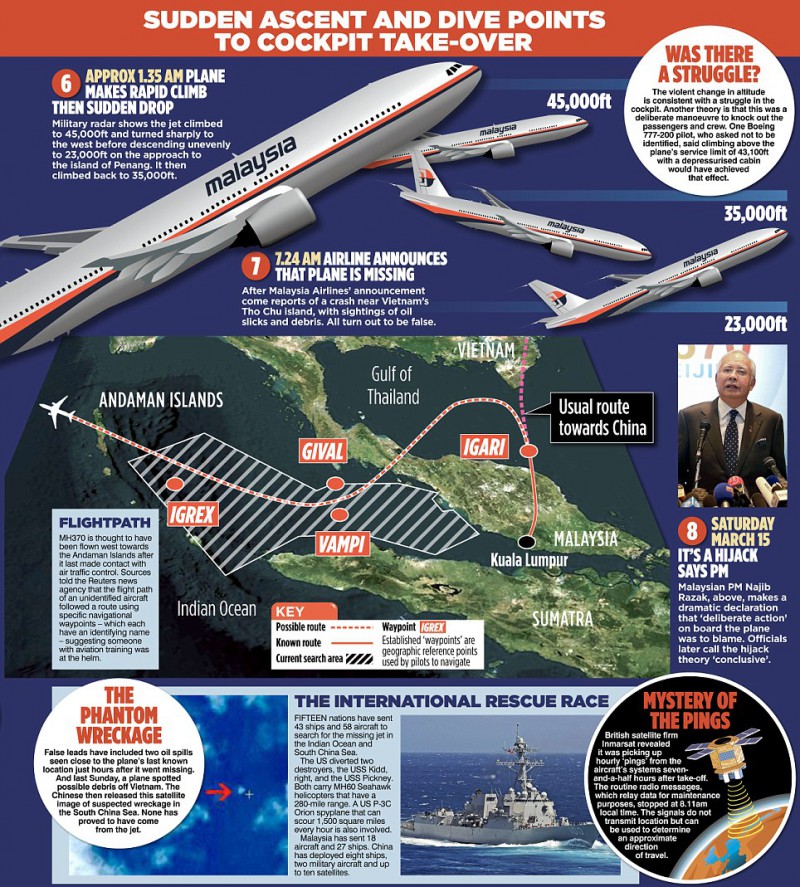 Two experts from the “60 Minutes Australia” investigation also disagreed with the Australian Transport Safety Bureau’s scenario of the “death dive” with no one in control. “I think someone was controlling the aircraft until the end,” said Hardy.

They argue instead that Captain Shah flew Flight MH370 another 115 miles than originally thought. “This was a mission by one of the crew to hide the aircraft as far away from civilization as possible,” Hardy said. “Which puts us way outside the search area that is currently being done.”

The wreckage uncovered so far may be further evidence that the pilot actually had control and that it was not a high speed crash. As Larry Vance noted of one wing component recovered from the shore of Africa, “The front of it would be pressed in and hollow. The water would invade inside and it would just explode from the inside. So this piece would not even exist.”