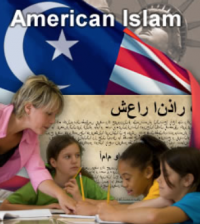 A Christian parent in West Virginia has voiced outrage after his seventh-grade daughter brought home a packet from her social studies class this week that includes a page asking students to practice writing the Islamic declaration of faith in Arabic calligraphy.

Christian Post  Rich Penkoski, a conservative Christian who runs an online ministry called Warriors for Christ, contacted Principal Ron Branch at Mountain Ridge Middle School in Gerrardstown to voice his concerns about the packet on Islam that was given out as part of the class’ world religions unit. 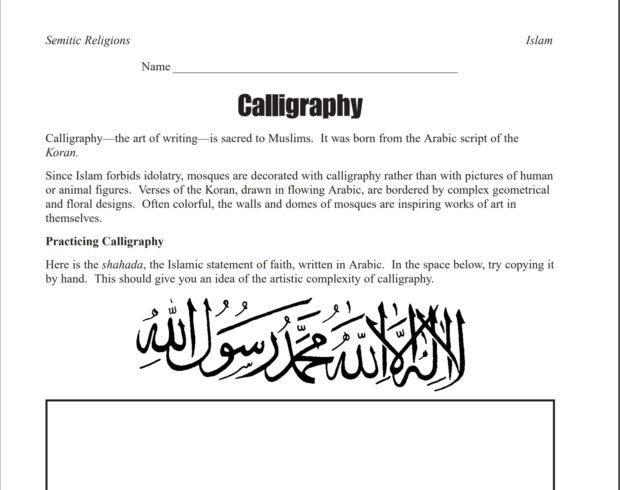 While the packet went into detail about the history of Islam, the prophet Muhammad and the five pillars of the religion, Penkoski was most upset with a worksheet toward the end of the packet that instructs students to practice calligraphy by copying the Arabic form of the Shahada by hand.

The Shahada, one of the pillars of Islam, is the Islamic profession of faith that declares belief in one true God and Muhammad being a messenger of God.

“I saw the assignment of writing the Shahada in Arabic. Their excuse was calligraphy,” Penkoski told The Christian Post. “I was like, ‘Whoa! Whoa! Whoa!’ First of all, calligraphy was invented in China 3,000 years prior to Muhammad. The fact that they were trying to get my daughter to write that disturbed me.'”

“I said, ‘That is not happening. My daughter is not doing that,'” Penkoski continued. “My daughter told me that if she didn’t do the assignment then she was going to get a [detention] slip.”

After contacting the school, Penkoski was told that the teacher, Katherine Hinson, did not actually assign the packet to the class to complete for a grade but simply printed it out and gave it to the class as an optional reading. However, the Penkoskis claim that the school is only now saying it is optional because they raised concerns.

Penkoski also claims that on Tuesday, the day after he voiced his complaint, his daughter came home with the same exact packet. Although certain areas of the packet were crossed off this time, Penkoski’s daughter, Brielle, contends that the calligraphy assignment was still given to the class.

“The teacher told them they have to do that one,” Rich Penkoski asserted. “I called the principal again.” According to Penkoski, Hinson explicitly assured the class on Wednesday that the packet was optional and that she is not advocating for any religion. 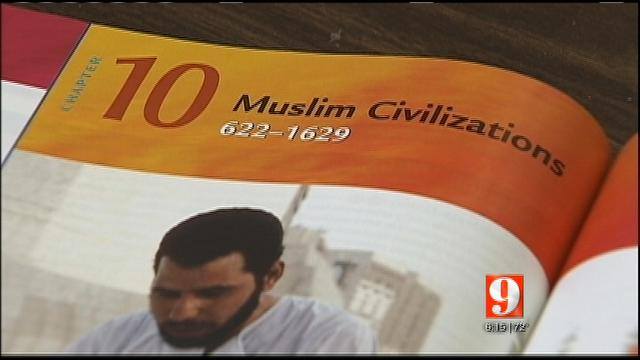 Brielle Penkoski told CP that she doesn’t recall there being any instruction on the Lord’s Prayer.

“We did [the unit on Christianity] and watched two different videos. We didn’t finish them. They taught a little bit about Moses and the Ten Commandments, Peter and Paul,” she explained. “We learned about the Israelites and how they are being persecuted by the Romans. We were told about the Jews and told a little bit about Jesus.” 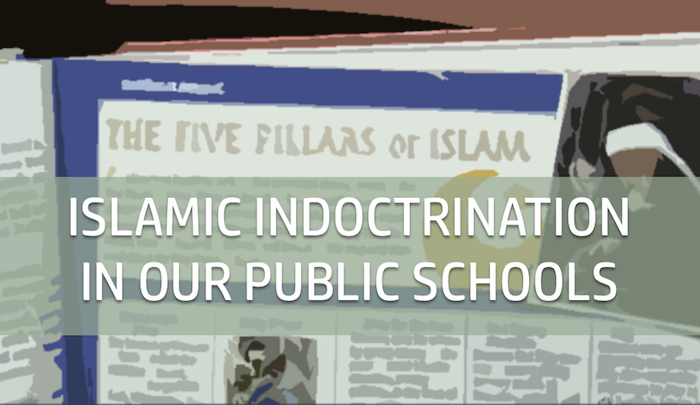 Penkoski shared with CP other packets that were handed out to the students on Christianity and Judaism. “Notice no Bible verses, no reciting the Ten Commandments or the Lord’s Prayer,” he objected, adding that the Islam packet contained passages from the Quran. “[There’s] no practicing writing in Hebrew as compared to the Islamic packet.”

After finding the full version of the packets online, Penkoski has reason to believe that sections detailing the Bible and other faith aspects of Christianity had been removed from the packet his daughter received in class.

In 2016, a Maryland couple sued a school district claiming that it was guilty of indoctrinating students when teaching about the five pillars of Islam by “requiring” them write out Islamic statements of faith.

Earlier this year, a parent filed a lawsuit against a school district in New Jersey after students were subjected to videos that she claims featured Islamic propaganda and even encouraged conversion to Islam in their World Cultures and Geography class. 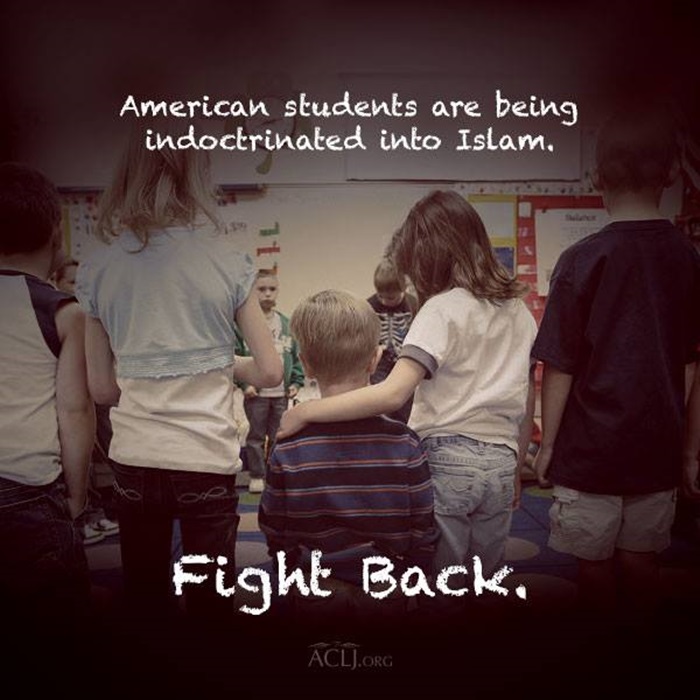