Robinson spokesperson, Caolan Robertson via Skype, delivers a new message from Tommy Robinson who now sits in solitary confinement. The unprecedented decision to move him from a relatively safe prison to one loaded with violent Muslim inmates, allegedly came from the top (UK Home Office), not prison officials.

UPDATE: The person responsible for this move is reportedly the Home Secretary, Sajid Javid, a Pakistani Muslim. 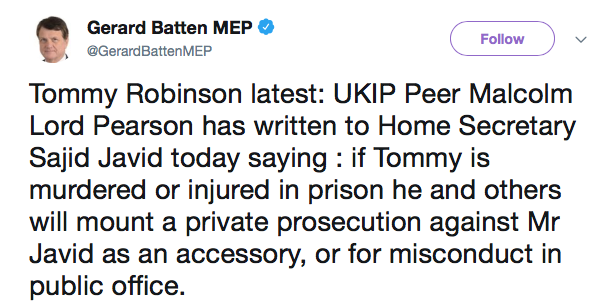 BNI readers can donate funds to help Tommy & Family with legal fees and loss of his income while imprisoned: