Even worse, representatives from West Midlands Police attended the Ramadan Iftar celebration hosted in a Birmingham church that banned women from attending. 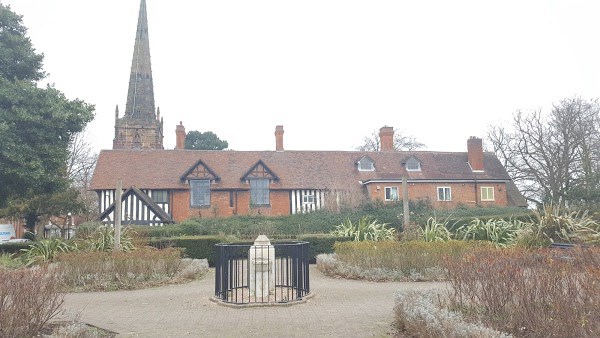 ShySociety  (h/t Marvin W) Billed as a “community meal” to “share food and share friendship” the Taste Ramadan iftar was hosted in a Birmingham church hall in Yardley earlier this month. Promoted by Birmingham Live, the newspaper described how the event had been opened up to the public for the very first time and was being attended by members from several local churches, Liberal Democrat councillors Neil Eustace and Babar Baz as well as representatives from West Midlands Police. (But NO WOMEN)

“We have people from all religions and communities coming together,” Mohammed Yasin, one of the organisers from Stechford Mosque, was quoted as saying before adding “we hope to see people there from all walks of life.” (But NO WOMEN) 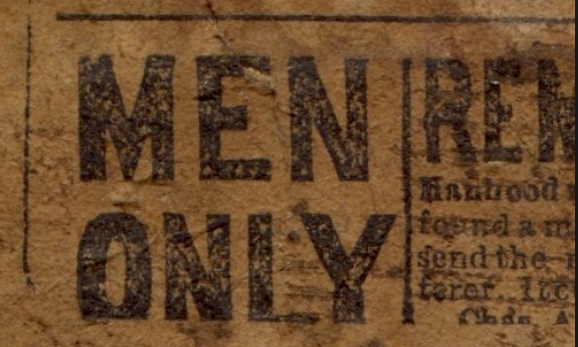 Influential Church of England blog Archbishop Cranmer has criticised the decision to host the gender-specific event and accused St Edburgha’s Church of discriminating against Yardley’s female population. “How could they entertain a “community iftar” on church property which excludes half the community?” they wrote.

“Didn’t anyone at St Edburgha’s bother to ask Qamar Abbas or Idrees Sharif why the church hall had to function as a mosque for the evening? Didn’t anyone wonder why the hall had to be claimed and dedicated to the Dar al-Islam? Because if they were determined to impose sharia compliance on church property there was actually no obligation on St Edburgha’s to accept the booking at all. 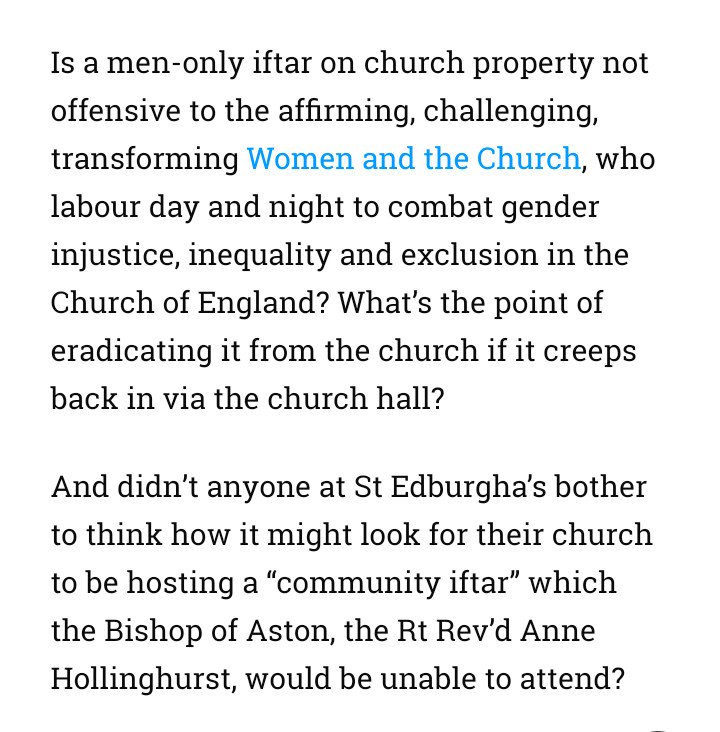