The article maintained that the main threat against Swedish Jews is NOT right-wing radicals but Islamic anti-Semitism. One of the most visible effects of Muslim mass immigration into Sweden is that anti-Semitism is very much on the rise in the country with Jews are being harassed and threatened, mainly in the Muslim-dense city of Malmö. 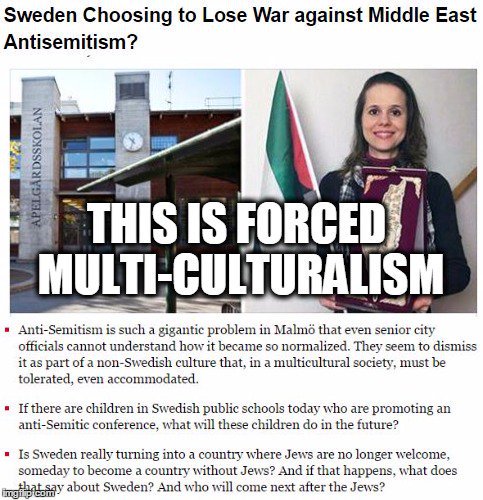 Sputnik News (h/t Marvin W)  Swedish national broadcaster SVT has unpublished an opinion piece penned by a person attached to the Stockholm Jewish Assembly after the author and his family were threatened with violence, the Swedish news outlet Samhällsnytt has reported.

In the article, the writer criticized Center party leader Annie Lööf and the Swedish media for focusing on alleged Nazi anti-Semitism in connection with the her speech at Almedalen Week, a political gathering. She claims to have been disrupted by booing right-wing extremists. 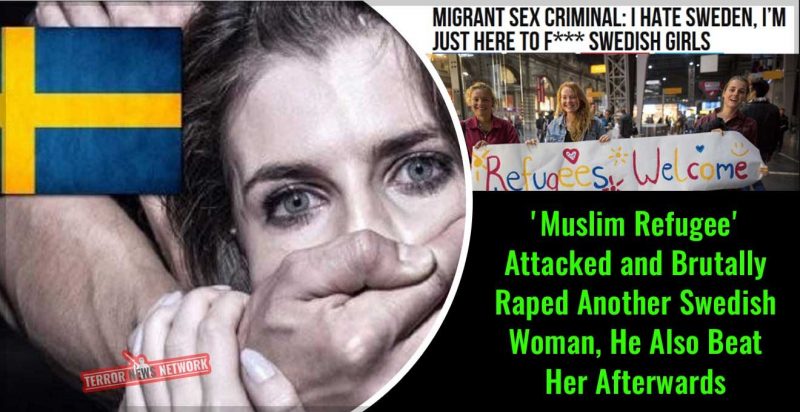 The author argued that today the Jew-hating Muslims constituted a more palpable threat for Swedish Jews than Nazis. The piece bore the self-explanatory headline “Nazism is not the greatest threat to Jews” and pointed out a “deeply indoctrinated hatred” among many Muslims.

The removal of the article resulted in angry reactions from Swedish users, who asked why SVT had chosen to put the lid on this story instead of shedding more light on it. Some argued that had the threats come from right-wingers, it would have doubtlessly triggered an outcry about “hate storm.” 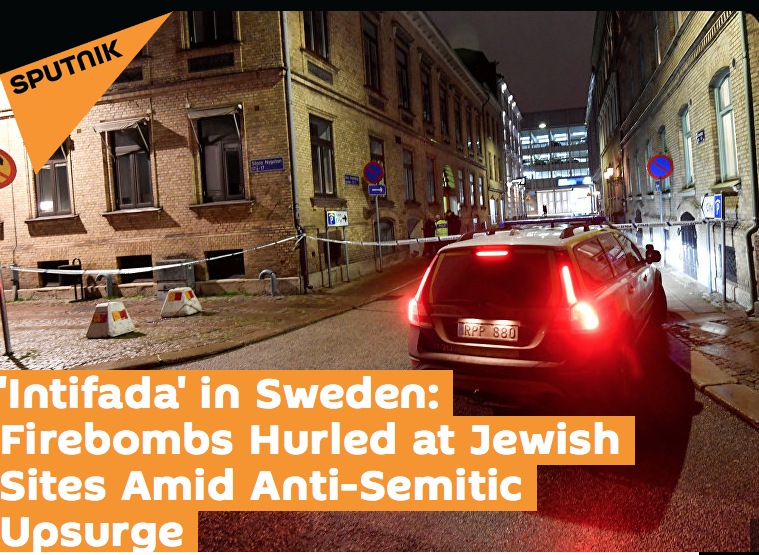 “And where were these threats coming from? Yes, from the very same group, which is the biggest threat to Jews in Sweden, as the journalist highlighted — Muslims. But you’ll never dare to go out with it. So go ahead, keep mum, sing kumbaya and pretend it’s raining,” one user tweeted.

Another user tweeted: “When will SVT do a proper series of reviews about this new societal development? Or is it just Nazis, Nazis and Nazis who get highlighted as a threat to Jews in Sweden? For many years, the Jews have been moving from Malmö because of threats from the city’s Muslims (who are now the majority).” 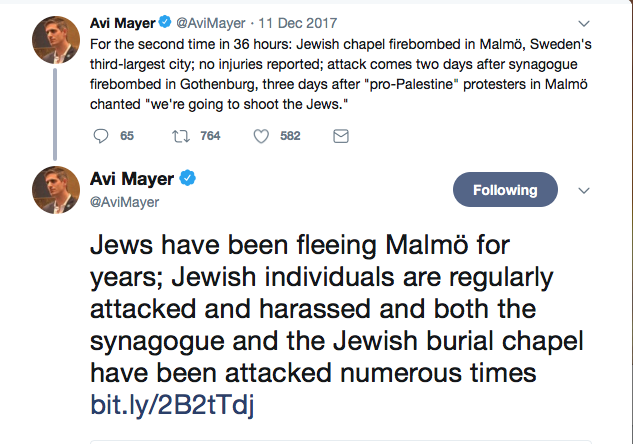 In Sweden, which has the EU’s seventh largest Jewish diaspora of about 20,000 people, has recently seen a rise in anti-Semitism amid snowballing immigration from predominantly Muslim countries. Previously, members of the Jewish community in Malmö, including rabbis and spiritual leaders, have experienced threats. 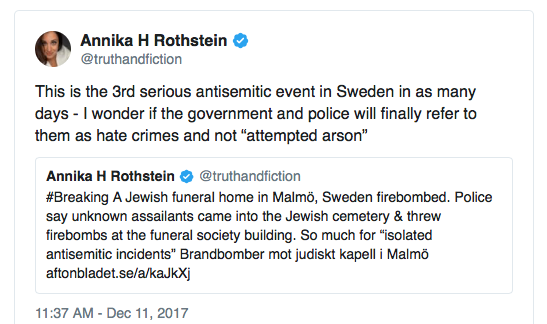 By contrast, the number of Muslims in the country has been estimated at 800,000, or 8.1 percent of Sweden’s population of about 10 million. Two newly arrived immigrants of Syrian and Palestinian origin were arrested for a bomb attack against a synagogue in Sweden’s second largest city of Gothenburg.

Sweden’s state broadcaster scrapped plans to air a documentary about anti-Semitism and jihad, fearing it could offend the nation’s growing Muslim population. The film, titled ‘Watching the Moon at Night’, reportedly takes a detailed look at anti-Semitism and terrorism, alleging a link between the two. It goes on to mention crimes against Jews at the hands of Islamic terrorists.

Sweden’s dramatic surge of anti-Semitism, includes immigrants pledging to kill Jews and a series of attacks against Jewish venues. However, the rising hatred of Jews among the burgeoning Muslim diaspora remains a problem the Swedish authorities remain reluctant to admit, let alone address.

Christian Democrats Ebba Busch Thor and Andreas Carlson stressed that hatred of Jews occurs to a much greater extent among people with roots in the Middle East and Northern Africa. A 2016 study attributed only 5 percent of anti-Semitic incidents in the Nordic country to right-wingers, as opposed to 51 percent attributed to Muslim extremists.

While Swedish politicians have no qualms about condemning anti-Semitism on the far-right political spectrum, there is a marked hesitation to speak out against hate crimes committed by Muslims.

.@MargotWallstrom Why did same rally calling for murder of Jews also cry out "Long live Margot Wallström!"? They said you "have their back." Is this who you fight for?@CarlBildt: Why did you just write op-ed dismissing antisemitism in Sweden & omit murder chants in your capital? pic.twitter.com/0ikwrXJAzz

Sputnik News  Hardly had immigrants in Malmö proclaimed their own intifada pledging to “shoot Jews” when firebombing synagogues and Jewish chapels in Sweden’s largest cities ensued. During a demonstration in Malmö, which gathered several hundred people, insults were shouted against both Arab leaders and Jews.

“We have announced our own intifada from Malmö. We want our freedom back and we will shoot the Jews,” the protesters chanted according to Swedish Radio. Furthermore, the protesters reminded the Jews that “Muhammad’s army” will return.

By contrast, the Arab leaders in the Middle East were called “dirt” and “cowards” because they allegedly do not dare to take a hardline stance against Israel.