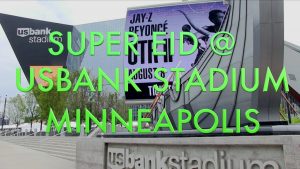 Something on this scale has never been tried in America before. Imagine 50,000 Muslims – praying ass up, head down on the ground – in an American football stadium for the festival of EID al-Adha on August 21st & 22nd. If you have never seen animal sacrifice during EID, check out the last 5 videos here, where animal throats are cut, but not deep enough to kill them instantly, just enough so they violently thrash around, bleeding out in pain as they lay dying, which can take several minutes. 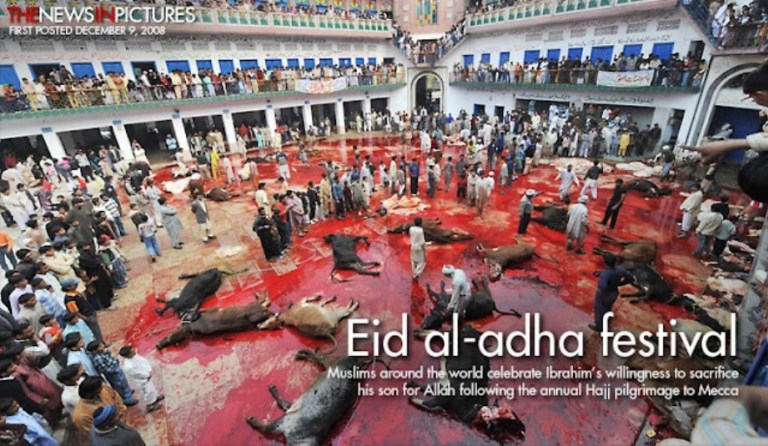 ThirdRailTalk  (h/t RevereRidesAgain) This event is being billed as “Muslim prayer” according to the folks at US Bank Stadium management, the amplified chanting of Allah Akbar all over that stadium and beyond for two days.

If these people came into the stadium pumped up for this so called festival and prayer time for EID their holiday imagine what the stadium will look like after two days of this.

According to the  SuperEID website: Striving to live by the words of our beloved Prophet Muhammad (peace be upon him), “The best of people are those that bring the most benefit to the rest of mankind.” We as an organization make it our top priority to create a space for coming together, celebrating each other, and empowering one another.”

“We are extremely excited to be hosting the first annual EID Prayer with dozens of mosques and organizations uniting and showcasing that in our togetherness we have power and in our togetherness is our way forward. We welcome the Minnesota Muslim community to join us this Eid Al-Adha 2018 at the US Bank Stadium.”

Below is a rather lengthy video from Third Rail Talk about this rather under-the-radar show of Islamic supremacism:

The Super EID Inc. registered with the Minnesota Secretary of State as a domestic business corporation on July 14th 2018 only. There are five shareholders but no registered agents are identified. The registered agent is at 2833 13th Avenue South in Minneapolis. It’s basically an address but no one’s there. The registered property tax payer a group called Madina Management group LLC at the same address. 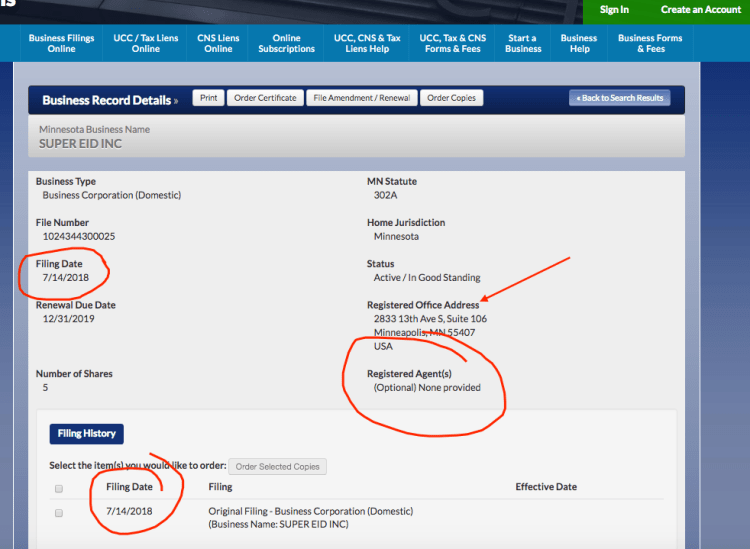 Super EID – Suite 106. Madina Management LLC, Madina Management Market, Medina Coffee Shop; Another service which is a money transfer, *more like a money laundering service transferring funds to only one country – Somalia – according to their website. Somali Muslims in Minnesota, many of them on perpetual welfare, have been caught transporting millions of dollars to Somalia in briefcases.

Muslims bring their families and children to cheer on the inhumane slaughter of animals, tied up in ropes, as they slowly bleed to death.  Muslims believe that the longer the animal suffers while he is slowly dying, the more panic hormones are released, which they say “makes the meat taste better.”